What to Do in Pristina, Kosovo 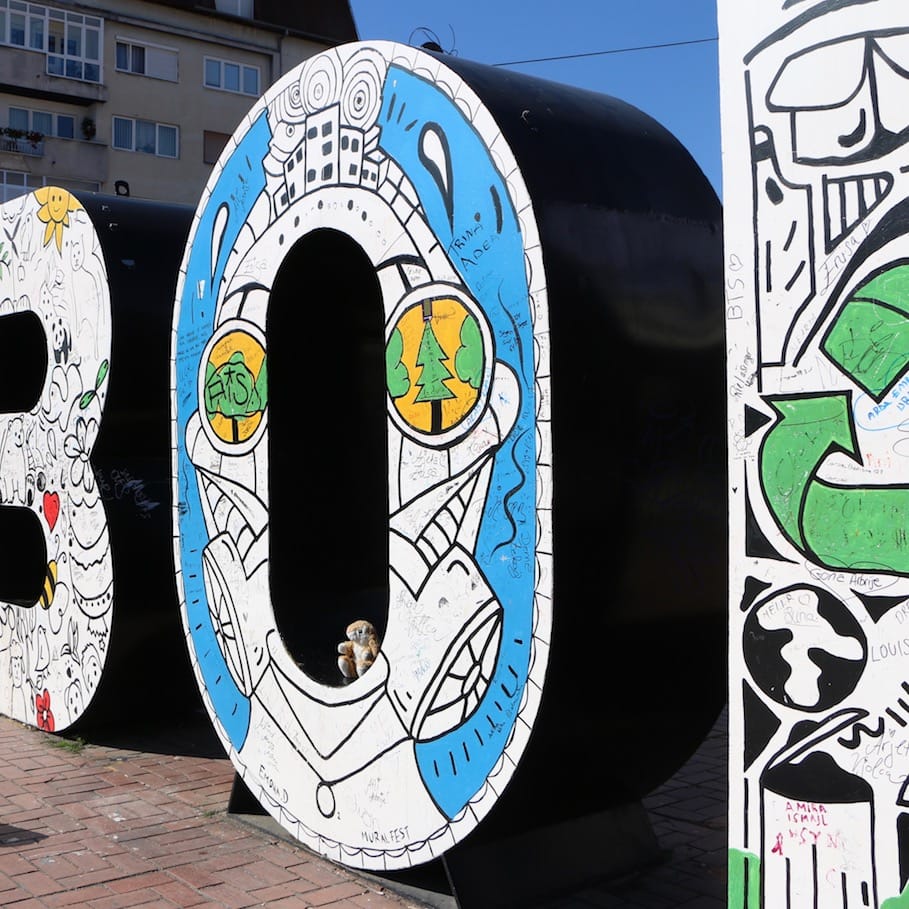 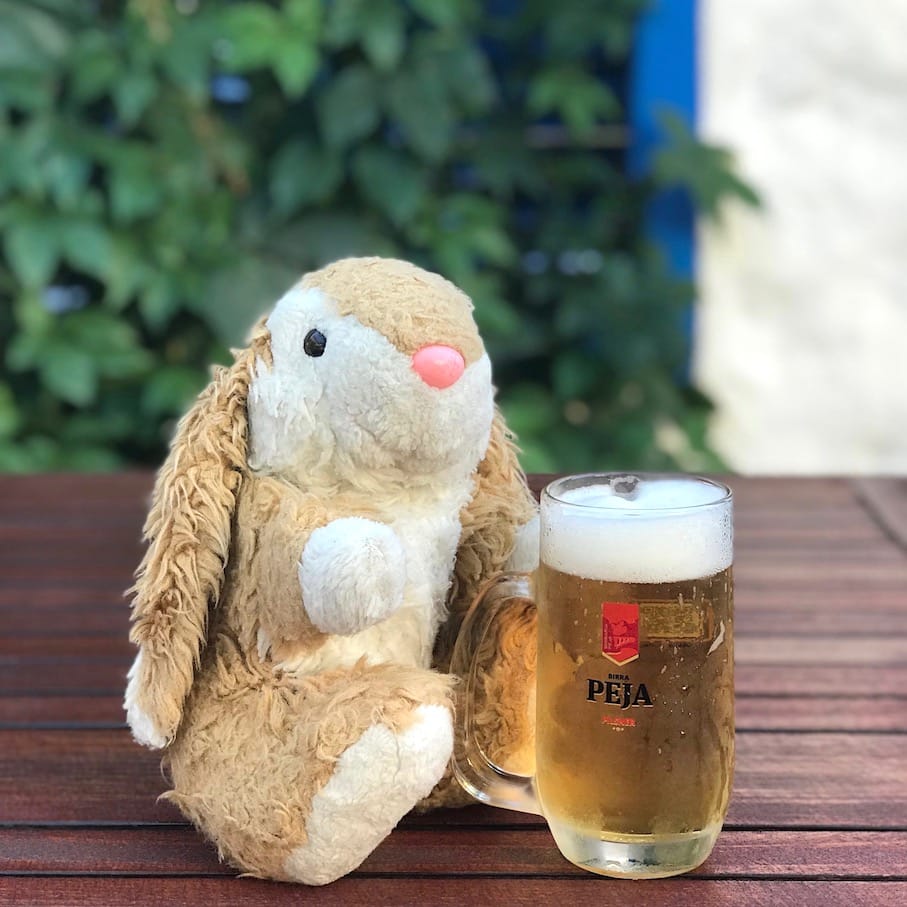 Bunny has covered almost all European countries during her extensive travels on the continent. Until recently, Kosovo was one of Bunny’s few remaining uncharted corners of Europe.

Last September, she was lucky to spend a week in Europe’s youngest state. Check out below Bunny’s tips on what to do in Pristina, Kosovo’s quirky capital. 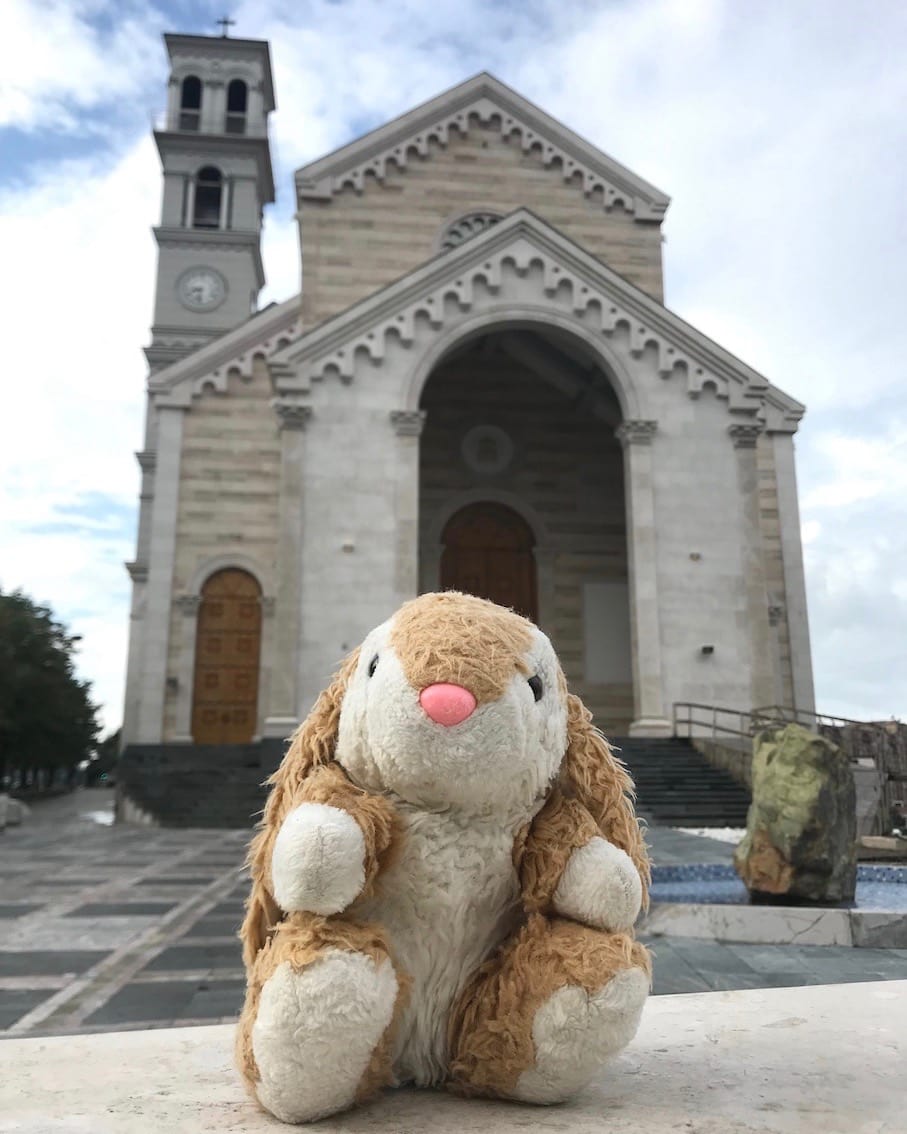 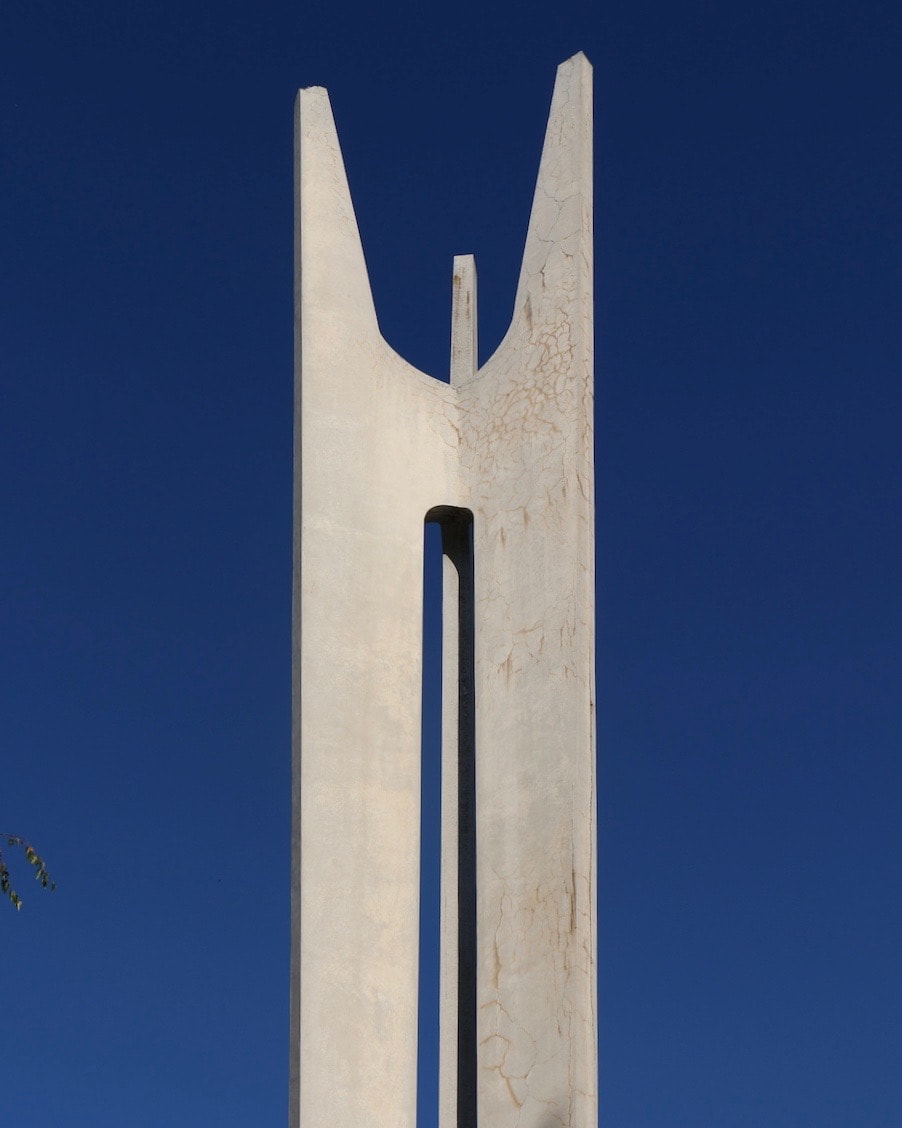 In Bunny’s circles, Kosovo is mainly known for the devastating war, organised crime, drug trade and poverty. Not exactly the stuff of bucket list travel, is it?

Turns out there is much more to Kosovo than its sometimes dodgy reputation. Bunny ended up being mostly positively surprised about her time in Pristina.

Although Pristina cannot exactly be described as a beautiful city, it is certainly an interesting, young, and vibrant destination that is worthy of some exploration. 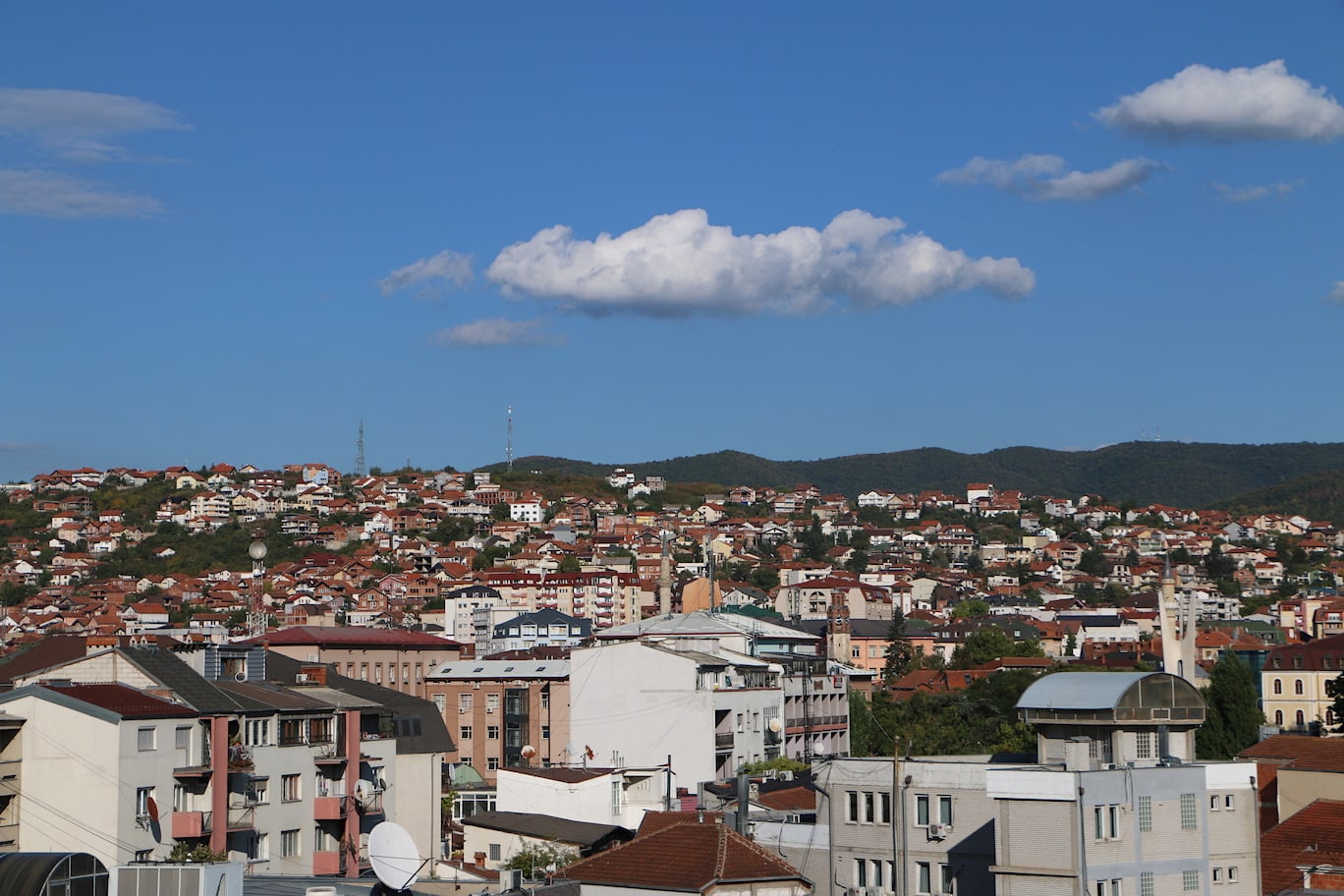 One of the first things Bunny noticed in Kosovo was the country’s peculiar love for America. Bunny is wise enough to stay away from politics so let’s just say that the Kosovars may have some legitimate, historical reasons to like America.

In Pristina, you can stroll down Bill Clinton Boulevard and admire an impressive statue of the man himself (check out the size of his hands!). Just a few steps from the statue is a women’s clothing shop called Hillary. The former US Secretary of State, Madeleine Albright, also has a statue in Pristina. There is even a George Bush Boulevard. Lucky man.

And politicians aside, atop Hotel Victory in Pristina, you can spot a sizeable replica of the Statue of Liberty. That is definitely something Bunny was not expecting to see in Kosovo. 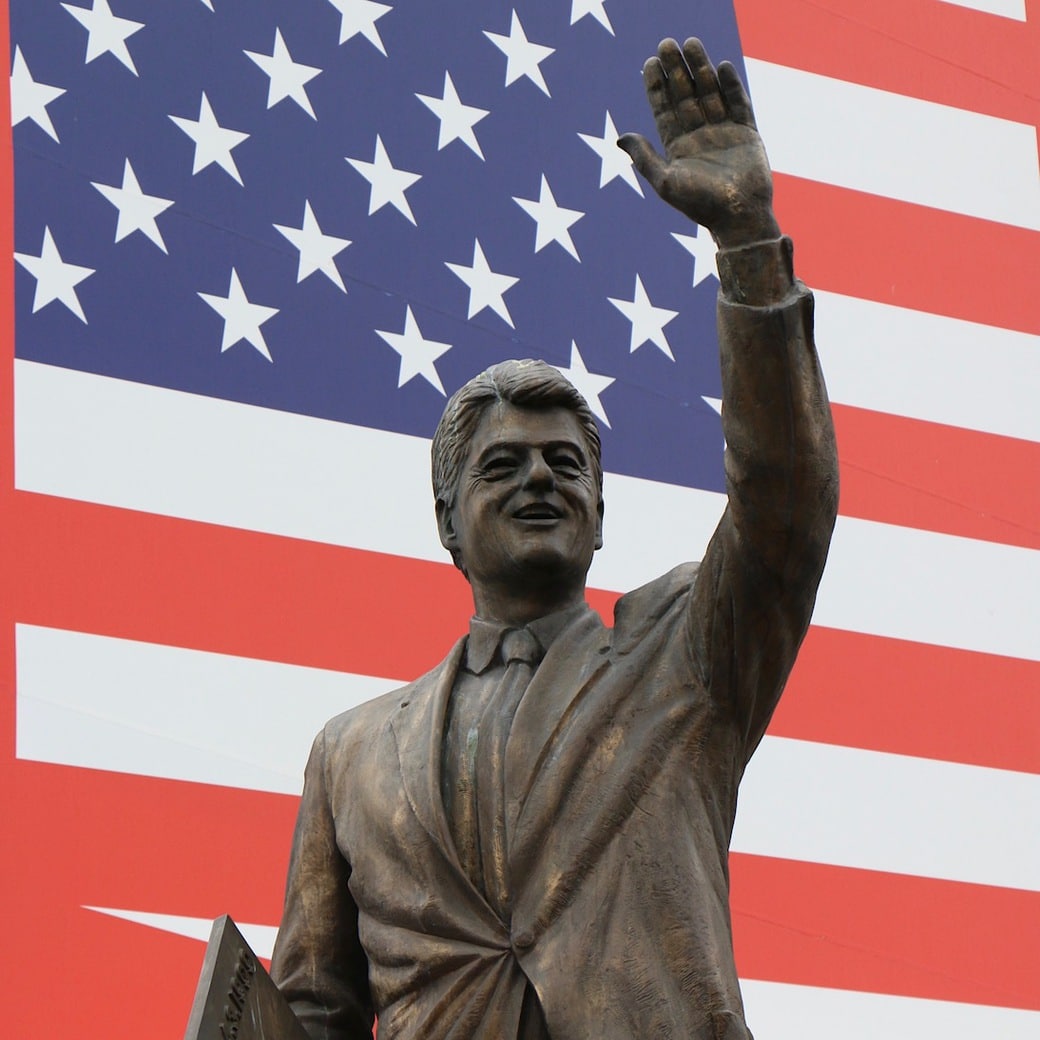 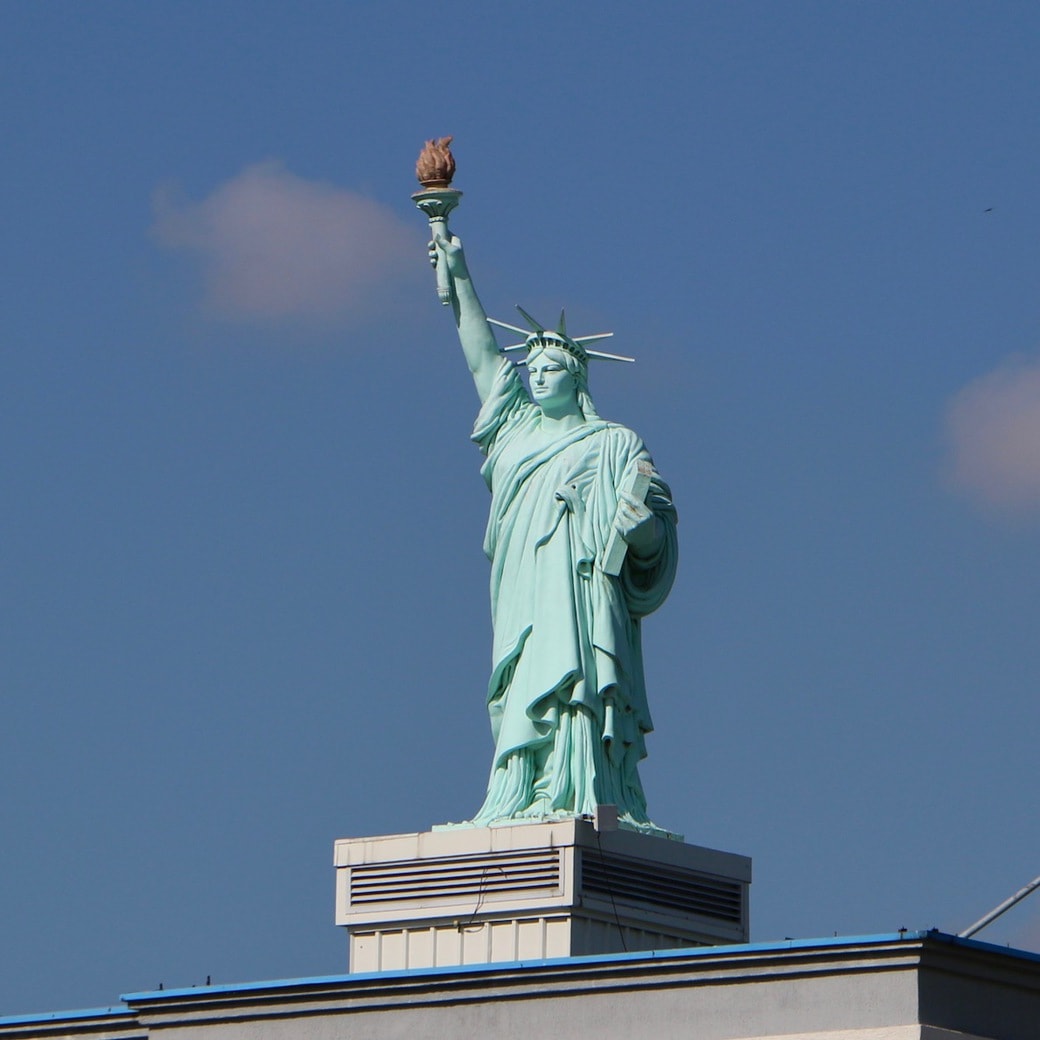 Tourism is still in its infancy in Kosovo so there are not many must-see sights in Pristina. The city has its share of dreary communist-era architecture, but also a host of lovely mosques, Ottoman-style architecture and endless new construction projects.

It is easy to take in the main sights by simply walking around the city.

As any self-respecting visitor would do, Bunny wanted to take a selfie at the Newborn Monument in Pristina as one of her first acts in the city. 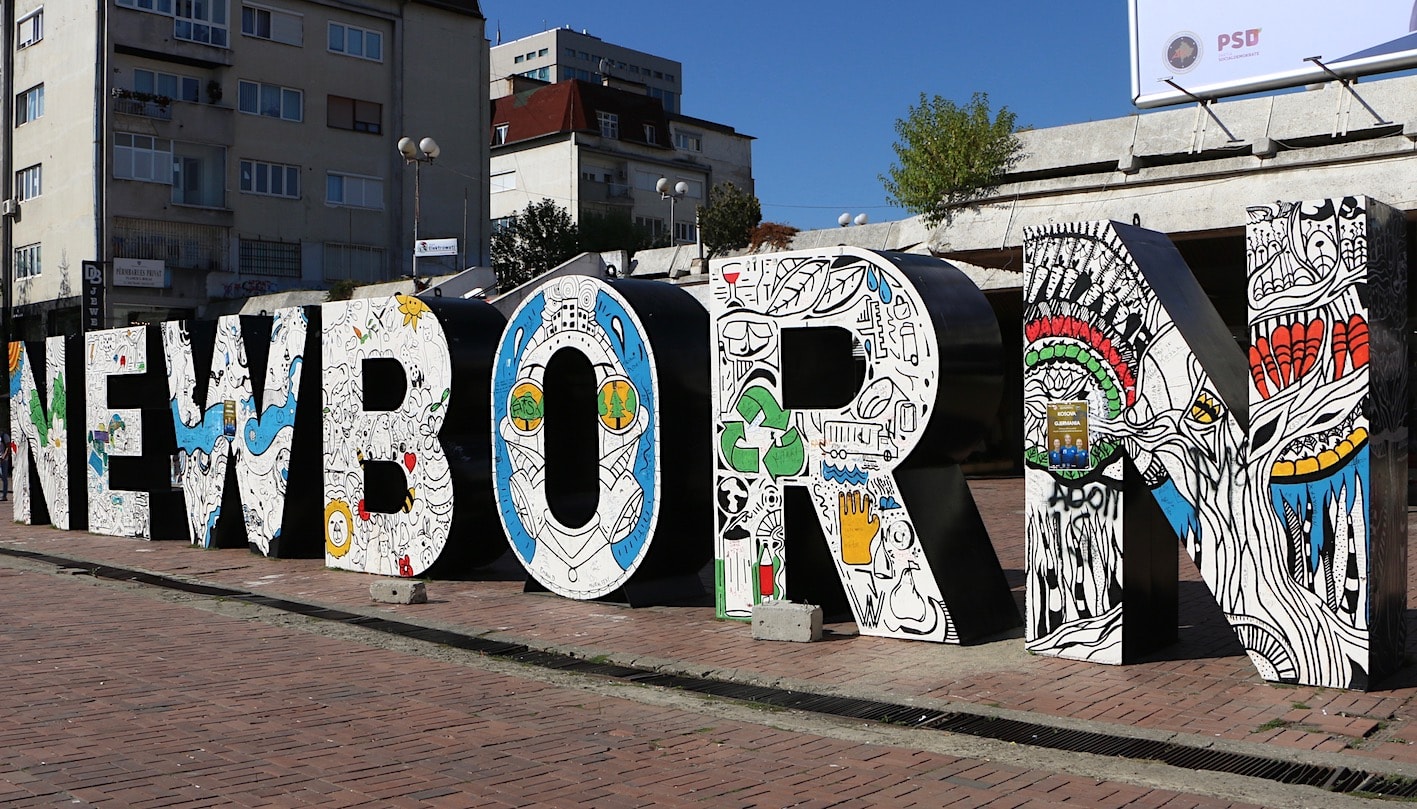 The monument comprises capital, block letters of the word “Newborn” (in English rather than Albanian). It was unveiled on the same day Kosovo formally declared independence from Serbia in 2008.

The Newborn Monument was designed to celebrate the birth of a new country and it is repainted annually to highlight different themes. During Bunny’s visit, it was adorned with a Save the Planet message.

In front of the Newborn Monument, on the other side of the Luan Haradinaj road, is the Heroinat Memorial.

This large sculpture is made out of 20,000 metal pins, forming a representative face of a Kosovar woman. It is a memorial to the sacrifice and contribution of women throughout the Kosovo conflict in 1998-99. In fact, each of the pins represent a woman raped during the conflict, making it is a poignant reminder of the horrors of war. 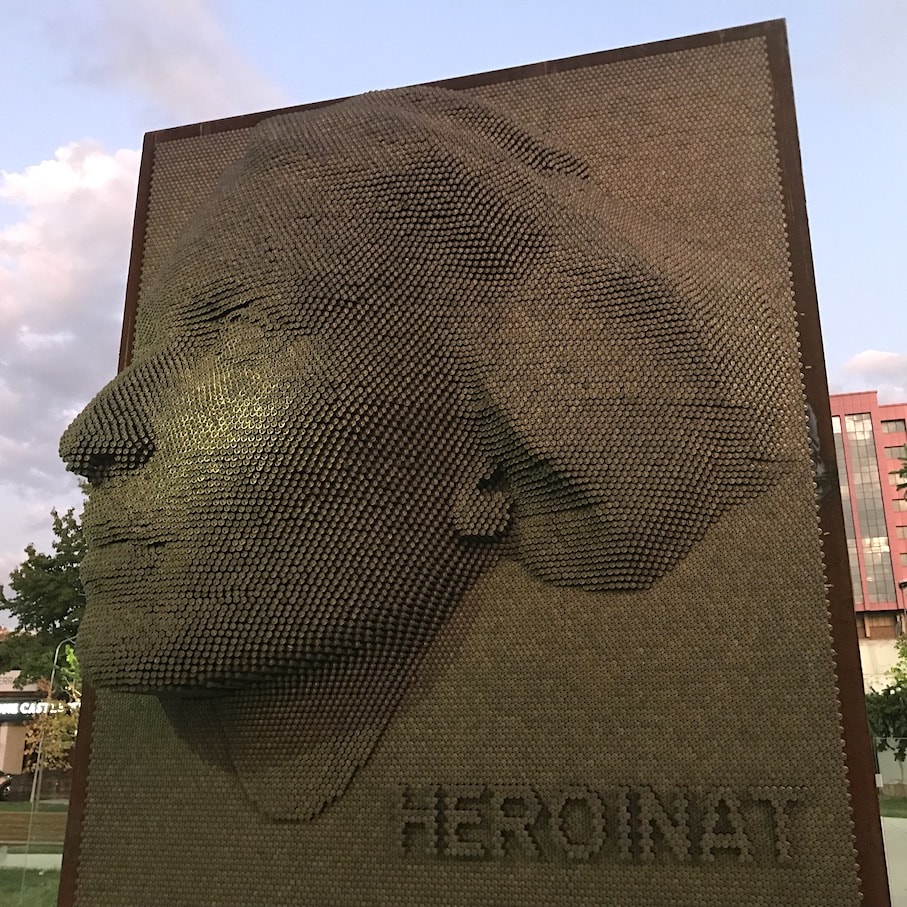 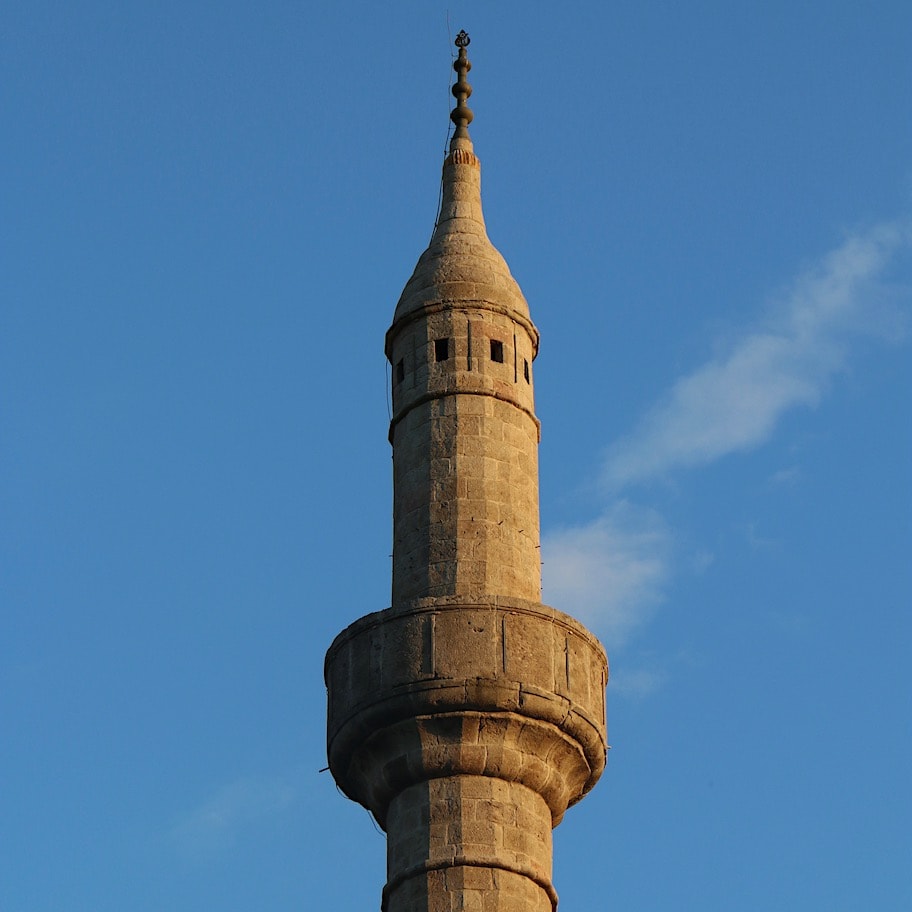 Skanderbeg was an Albanian nobleman and military commander who led a rebellion against the Ottoman Empire in the 15th century. His impressive equestrian statue dominates the square of the same name in the Pristina city centre. 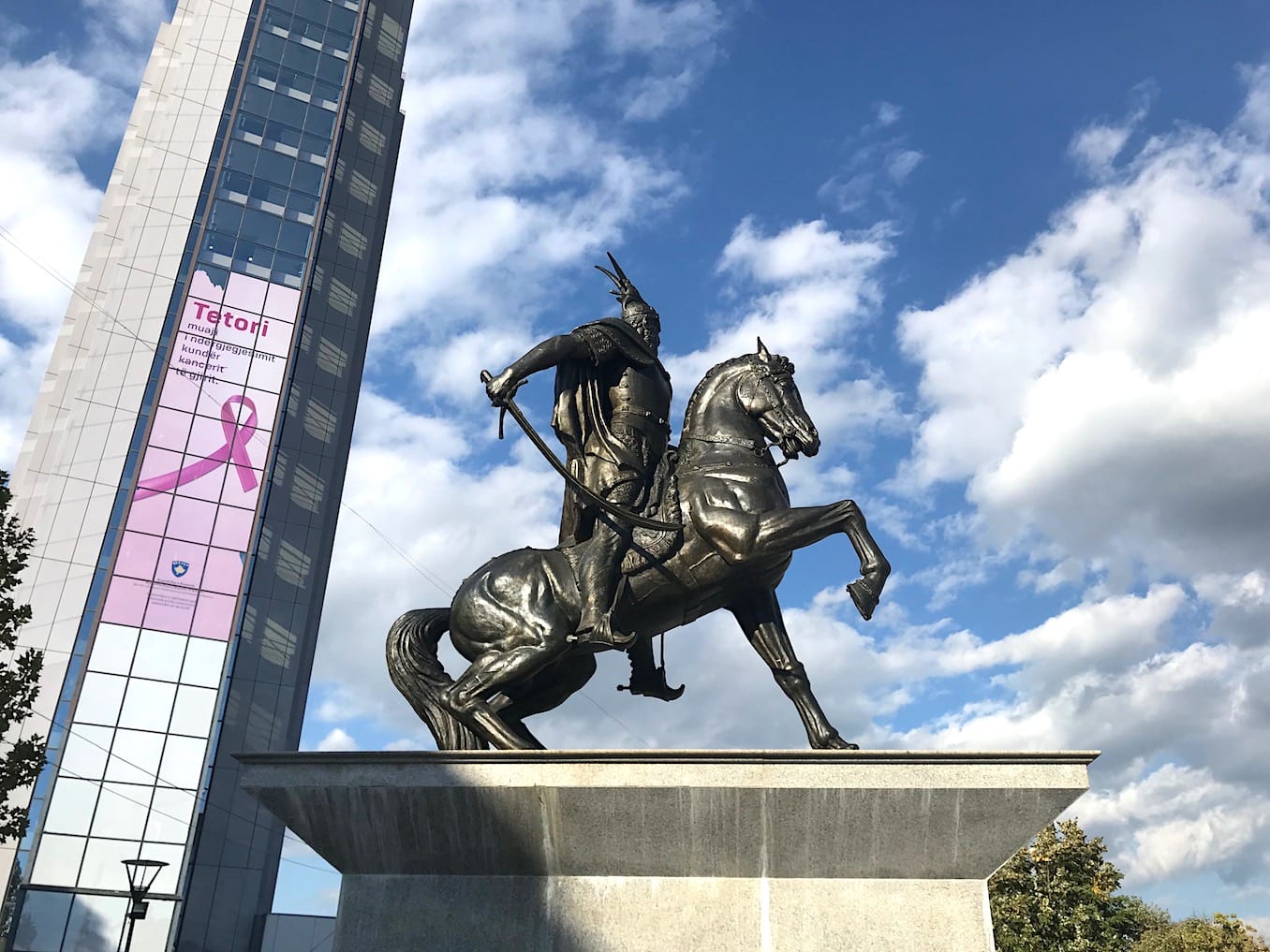 The statue also marks the start of a lively pedestrian street named after Mother Teresa, who is also treated as a local hero. The pedestrian street hosts a number of cafes, street vendors, popcorn sellers and fashionable people and families strolling around. There’s also a Mother Teresa statue hidden in there, check it out, Bunny says.

If you continue walking until the end of Mother Teresa Boulevard, you can also take a look at the positively weird building that hosts Kosovo’s National Library and the new Cathedral of Saint Mother Teresa - a few minutes’ walk apart from each other. 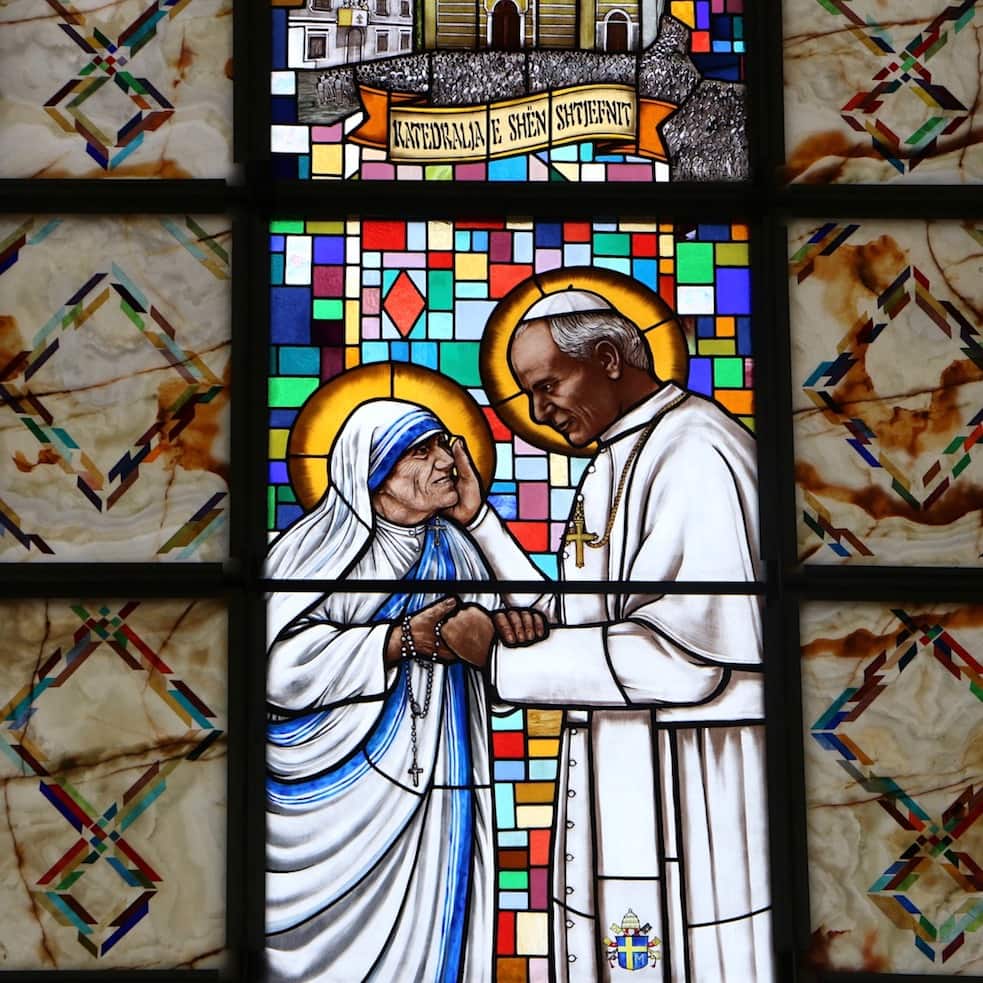 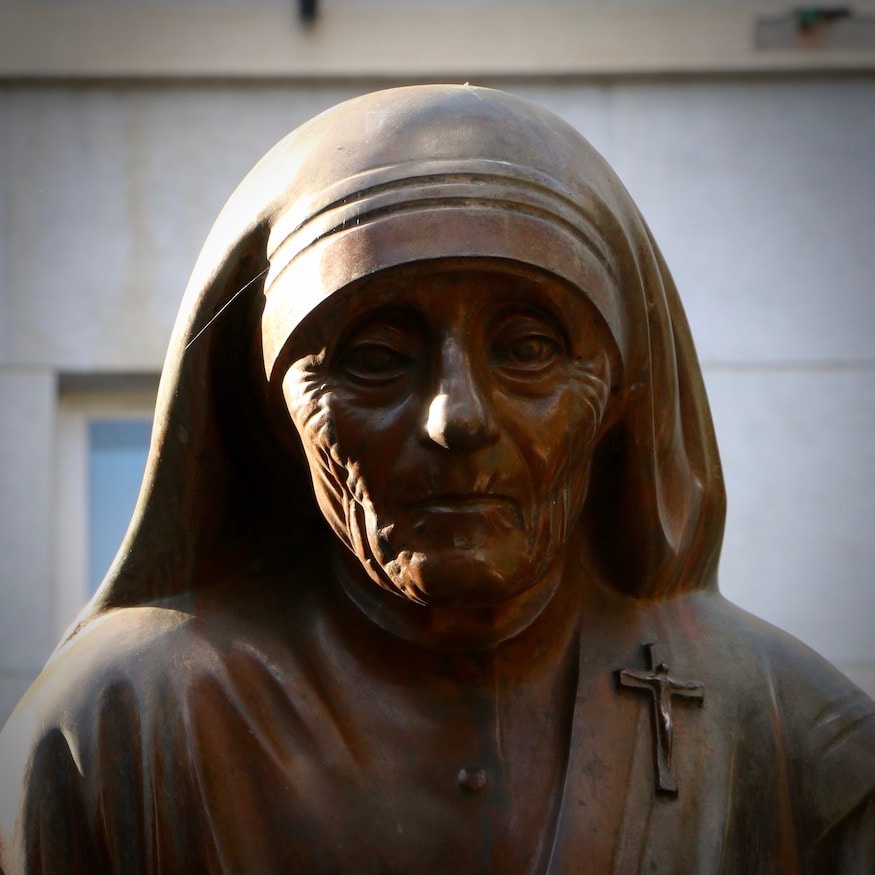 There are a couple of interesting sights near Pristina so you should also venture outside the city during your visit, Bunny says.

Gracanica Monastery is located in a small Serbian community approximately 10 kilometres from Pristina.

This UNESCO World Heritage site has one of the most beautiful churches Bunny has seen anywhere in the world (and she has seen a few). Gracanica was built on the ruins of an even older church and completed in the 14th century. It is filled with amazing medieval paintings and murals that have survived to date.

Unfortunately, photography inside the church is strictly forbidden so Bunny doesn’t have any photos to show you as she obediently followed the rules…

After visiting the monastery, Bunny hopped around lively Gracanica for a bit. She spotted a street dedicated to Gavrilo Princip - a local hero who assassinated Austrian Archduke Franz Ferdinand and his wife in Sarajevo in 1914 - an incident that started a little something we are used to calling World War I. 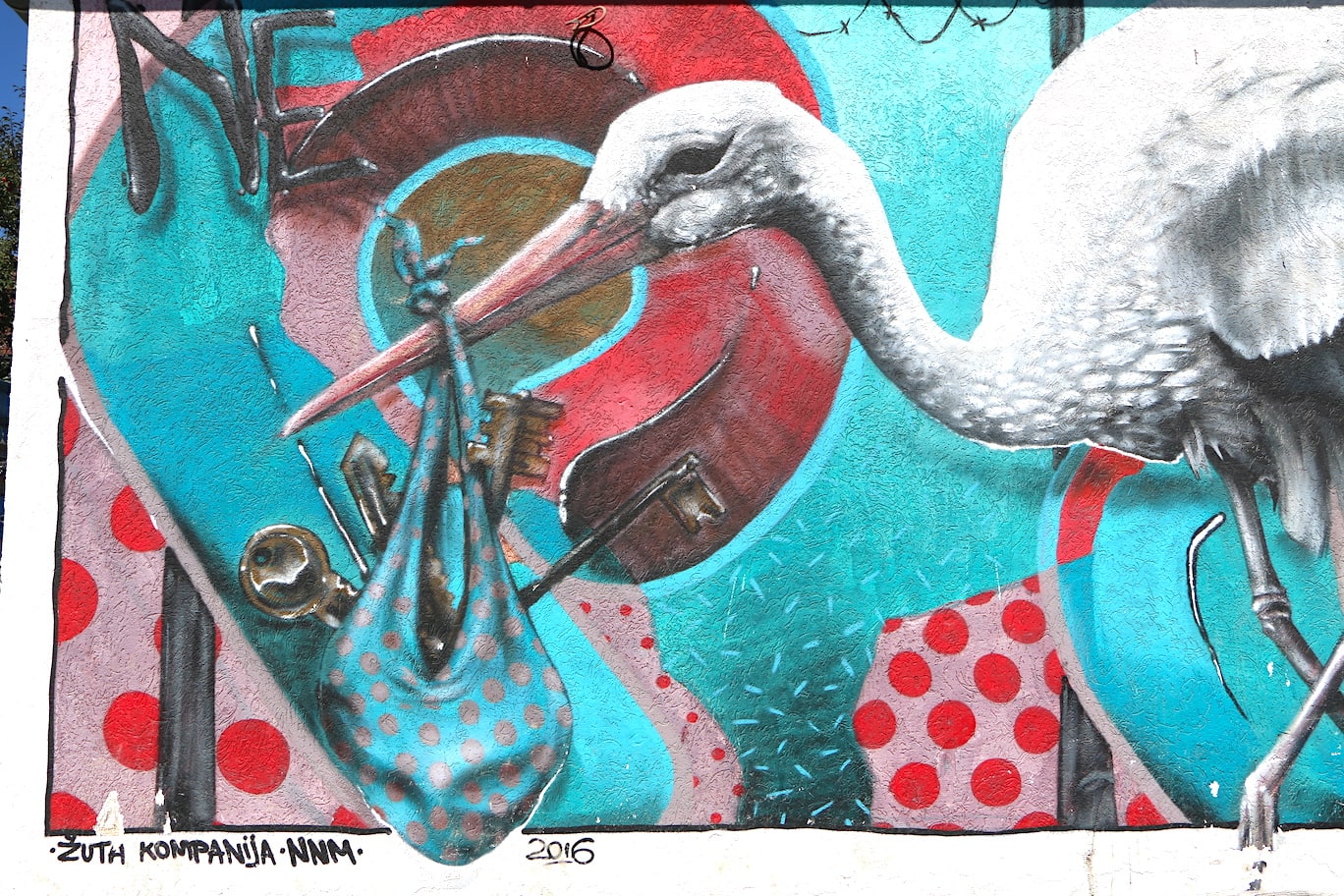 Bear Sanctuary Prishtina (Prishtina with an ‘h’ is just the local version of ‘Pristina’) was Bunny’s favourite place in Kosovo. It is located just 20km from the capital and very easy and affordable to visit from Pristina. 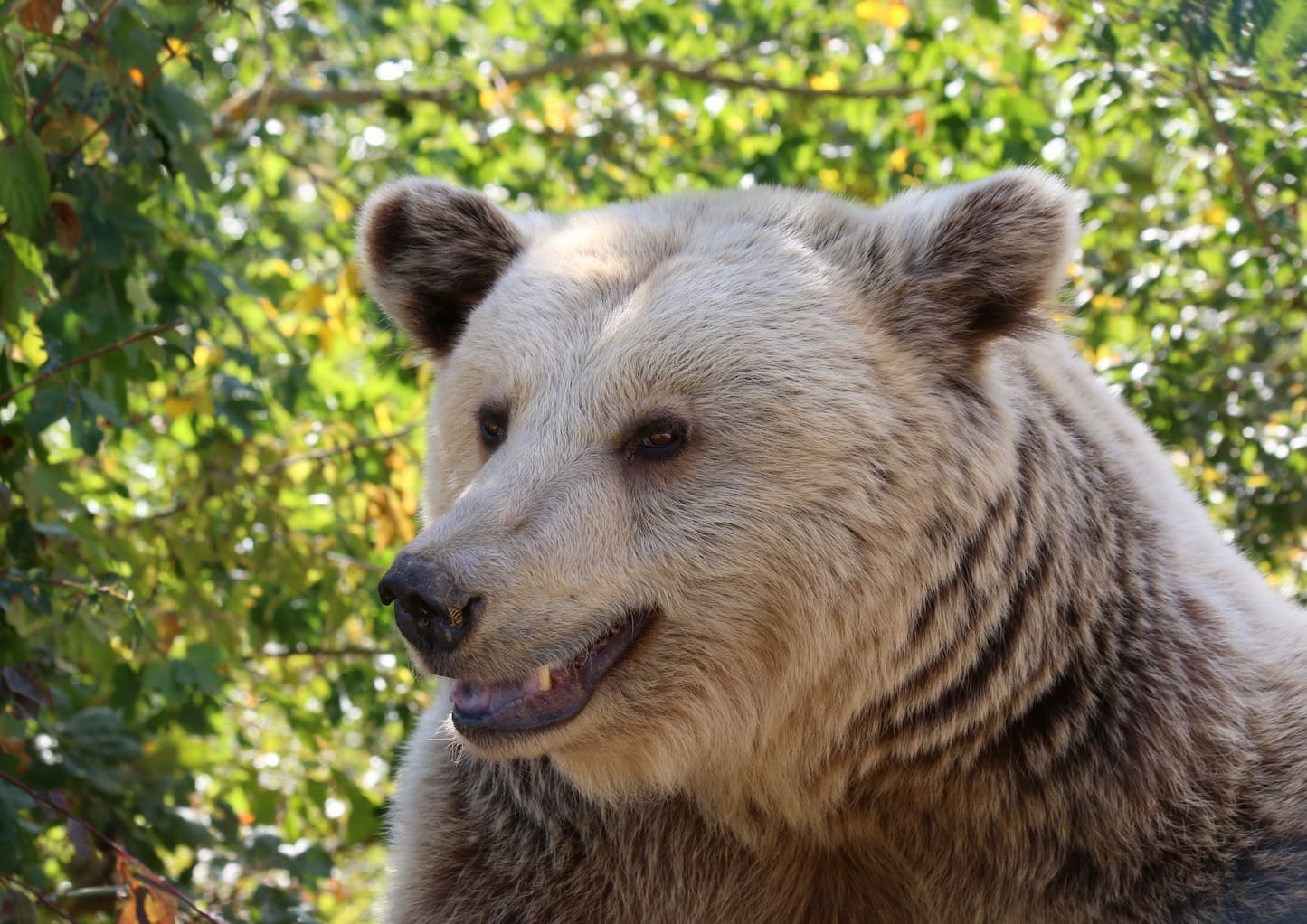 The sanctuary is run by the Austrian NGO Four Paws and it provides a safe haven for brown bears that have been rescued from pitiful conditions in restaurants and private homes around the country. The sanctuary’s expansive area and clean mountain air is a peaceful haven for the bears and visitors alike.

For more details and photos, check out Bunny’s blog post about her visit to Bear Sanctuary Prishtina. 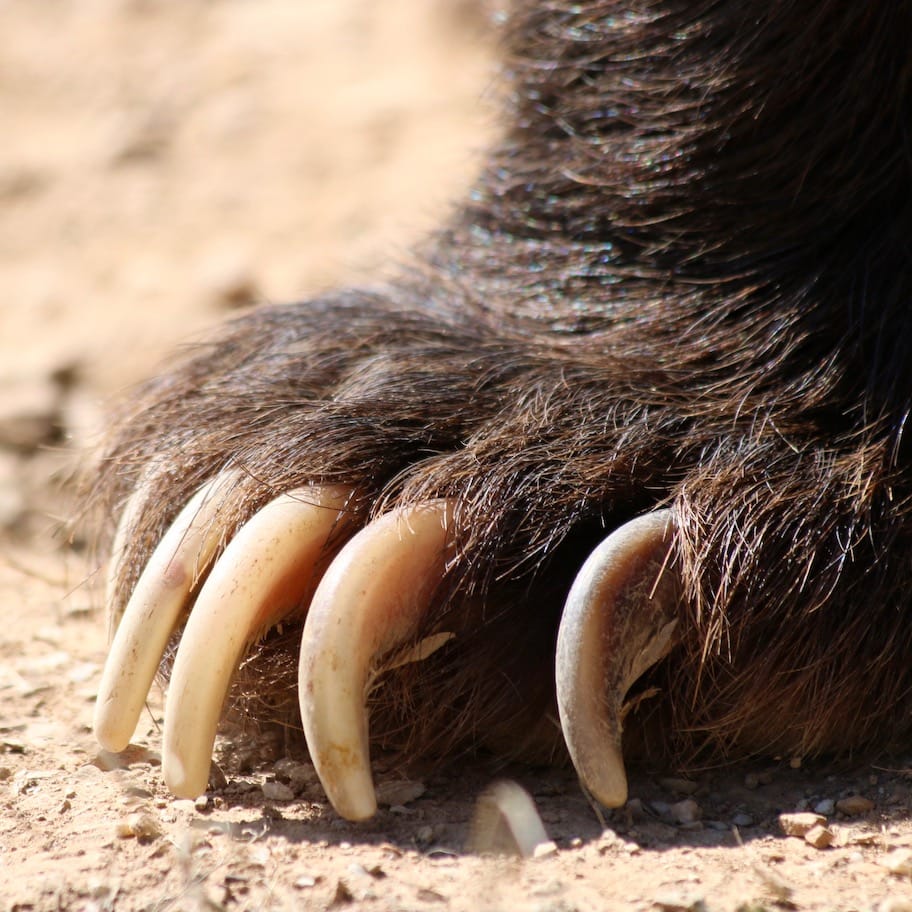 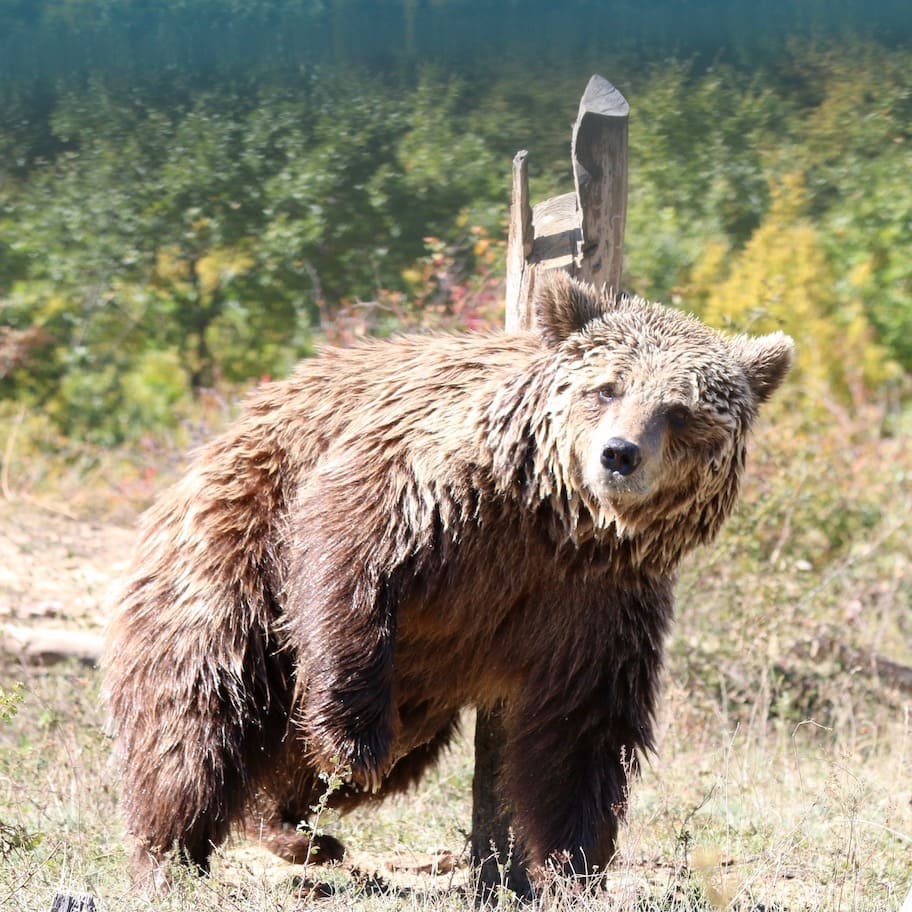 The quality of food was one of Bunny’s nicest surprises in Pristina. She didn’t arrive with high expectations but ended up leaving with very tasty memories.

Granted, as vegetarian, she did not rely on traditional Balkan food but rather sampled the international fare in the city. She did down quite a few glasses of local wine though. And it was pretty good! 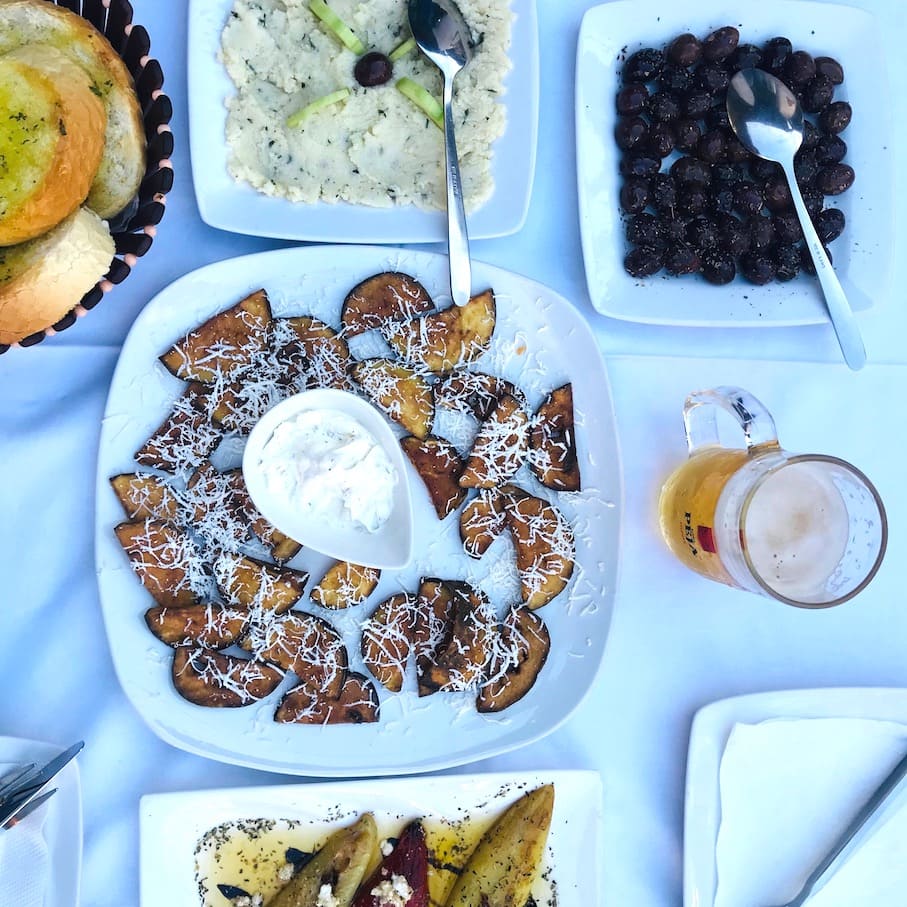 Green & Protein was Bunny’s preferred breakfast place in town. As the name suggests, it offers healthy, vegetarian-centric menu that consists of wraps, smoothie bowls and fresh juices. The service is good, prices are inexpensive, there is an attractive outside terrace and the wi-fi signal is strong. What’s not to like? 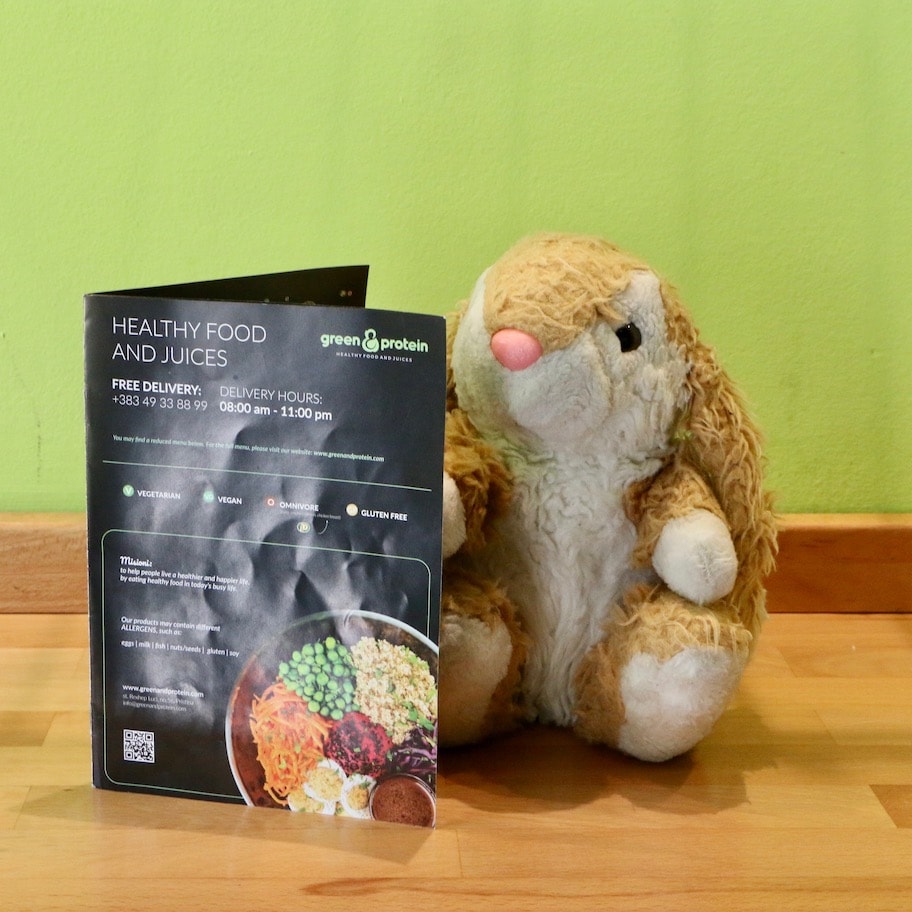 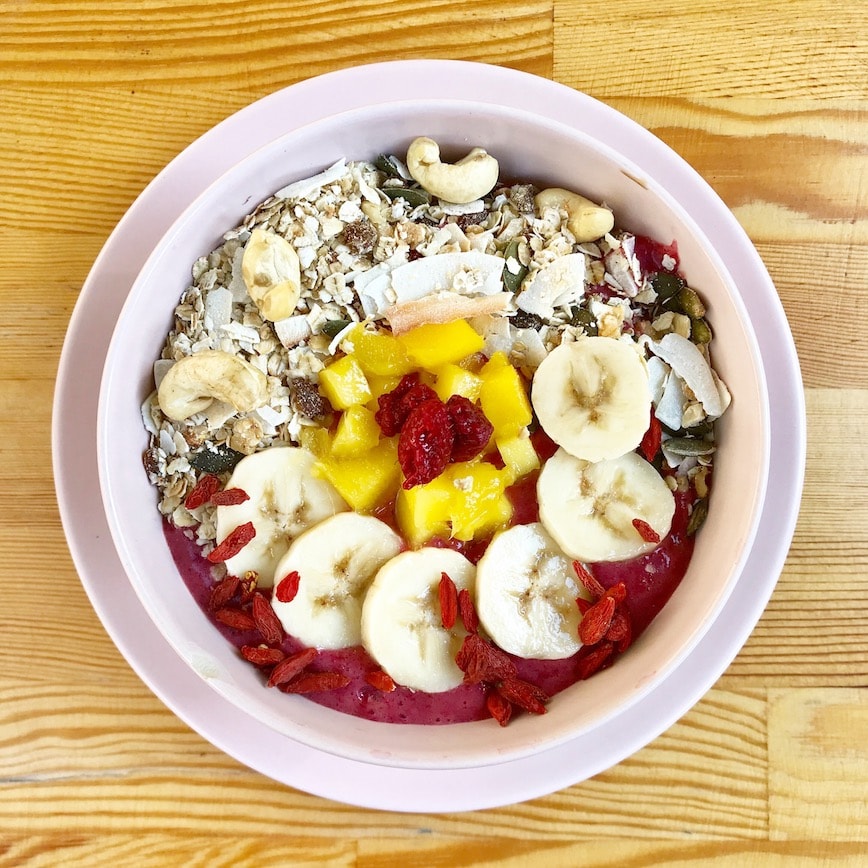 El Greco restaurant was a hidden gem that Bunny initially had some trouble finding. Located on a narrow alleyway in central Pristina, El Greco has great ambiance and attractive outdoor seating. Bunny found the food and service very good. She visited for a late lunch on a quiet day but suspects that dinner time provides an even better atmosphere. 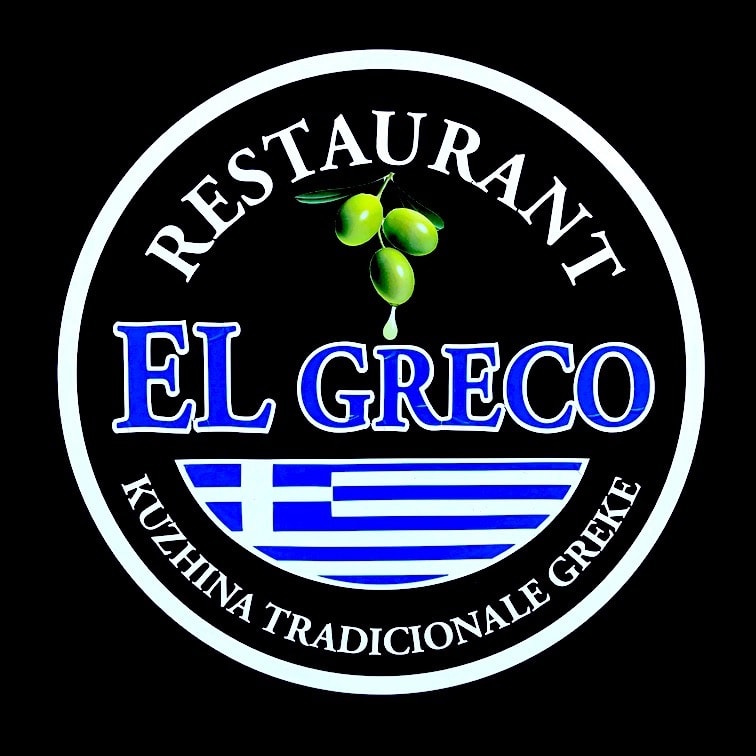 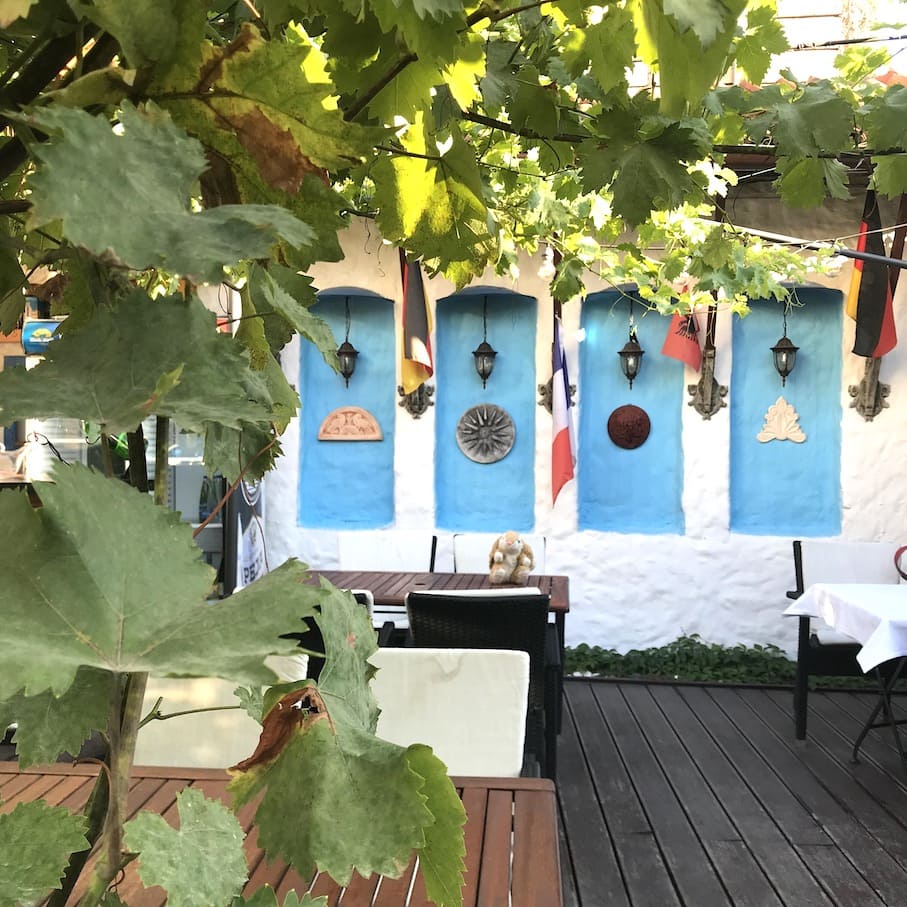 Babaghanoush also has a bit of a hidden location in central Pristina. It’s a small, simple, Lebanese-style place with excellent food.

The Bunnies appreciated the fact that everything on the menu was vegetarian - although it made picking dishes difficult. In the end, the mixed mezze plate the Bunnies shared was one of their best meals in Pristina. Local beer to wash it all down helped. 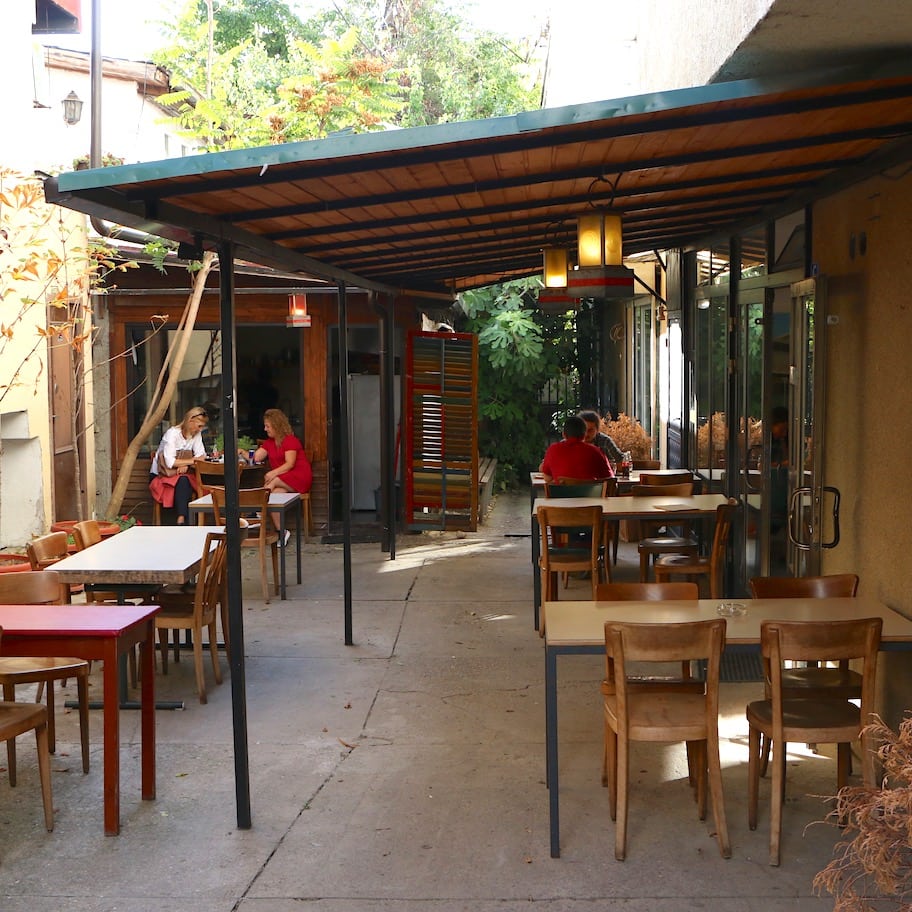 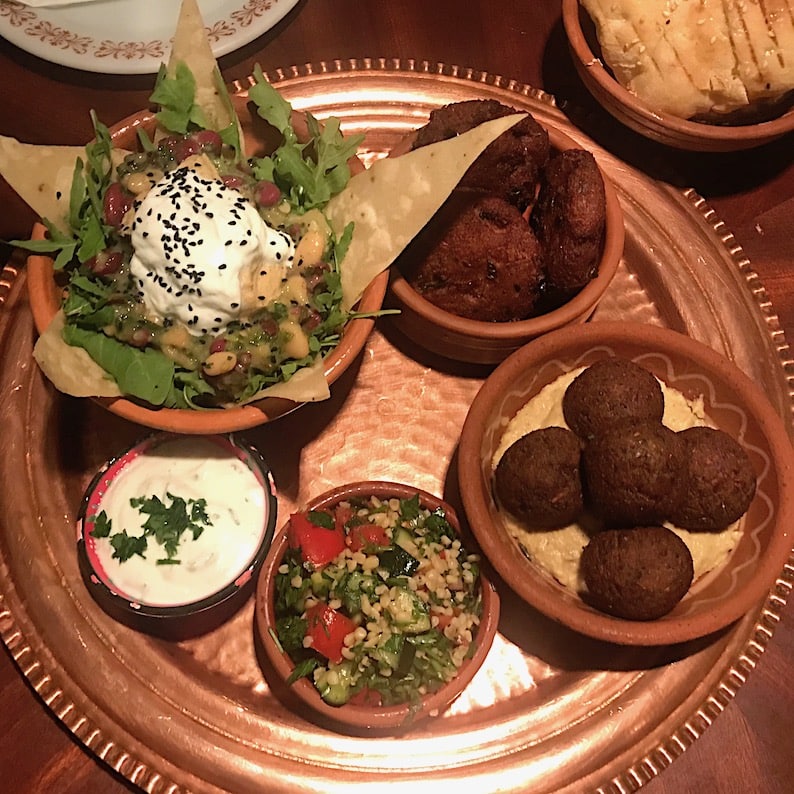 Soma Bookstation Cafe is a trendy place with an interesting interior (Bunny loved all the books!) and spacious seating in the garden. Bunny wasn’t too keen on the drinks list but still considered Soma Bookstation Cafe a great pre-dinner stop. She also suspects that this is the place to be seen in Pristina… 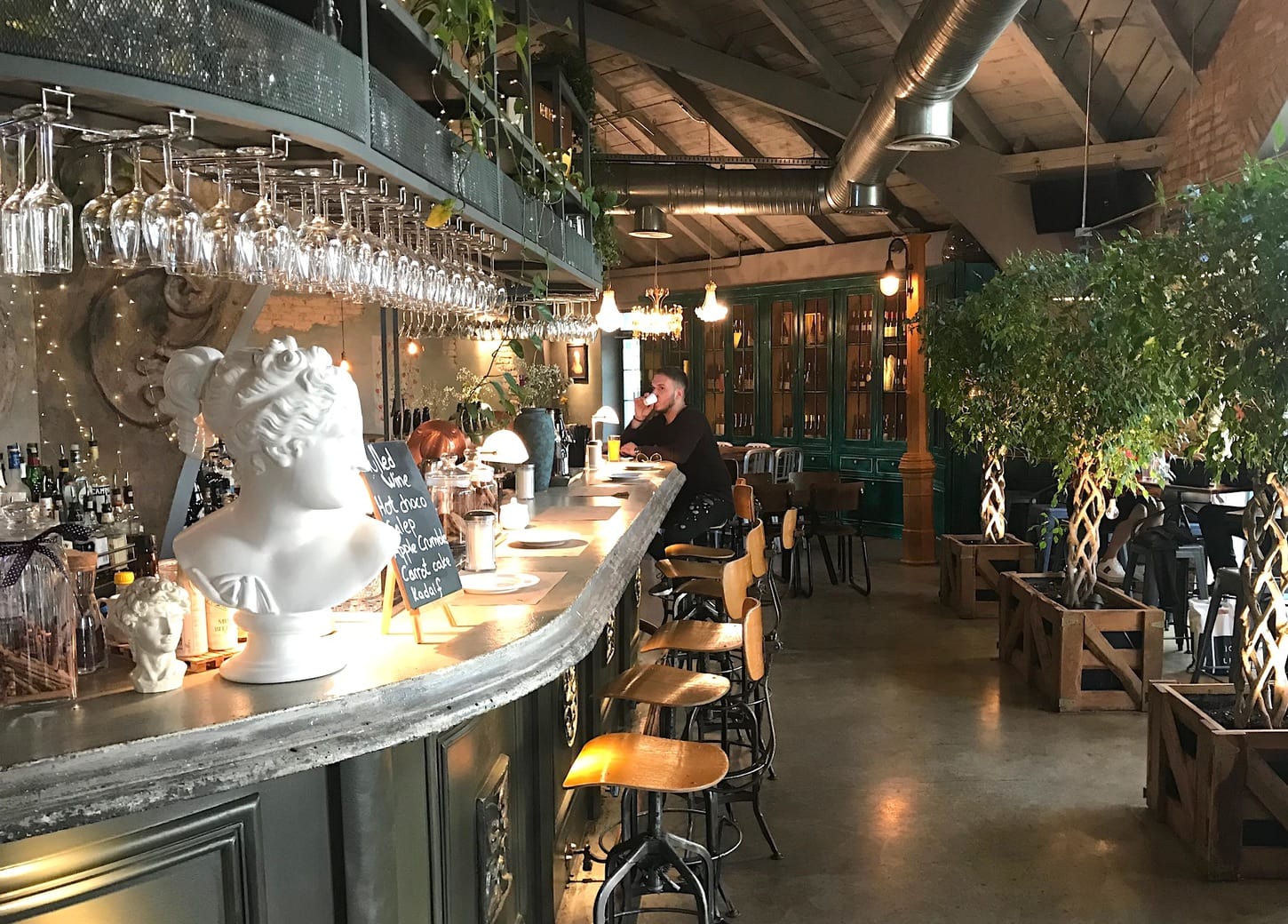 Bunny didn’t try any of Pristina’s hotels. Apparently, Swiss Diamond Hotel is the best in town. It certainly has the best location right on the main pedestrian street, Mother Teresa Boulevard.

Bunny’s choice was a cute Airbnb flat in the heart of Pristina. It was a truly local experience with teeny-weeny elevator and funky layout, but with a sweeping view over the city. There are a number of very affordable Airbnb options in town. 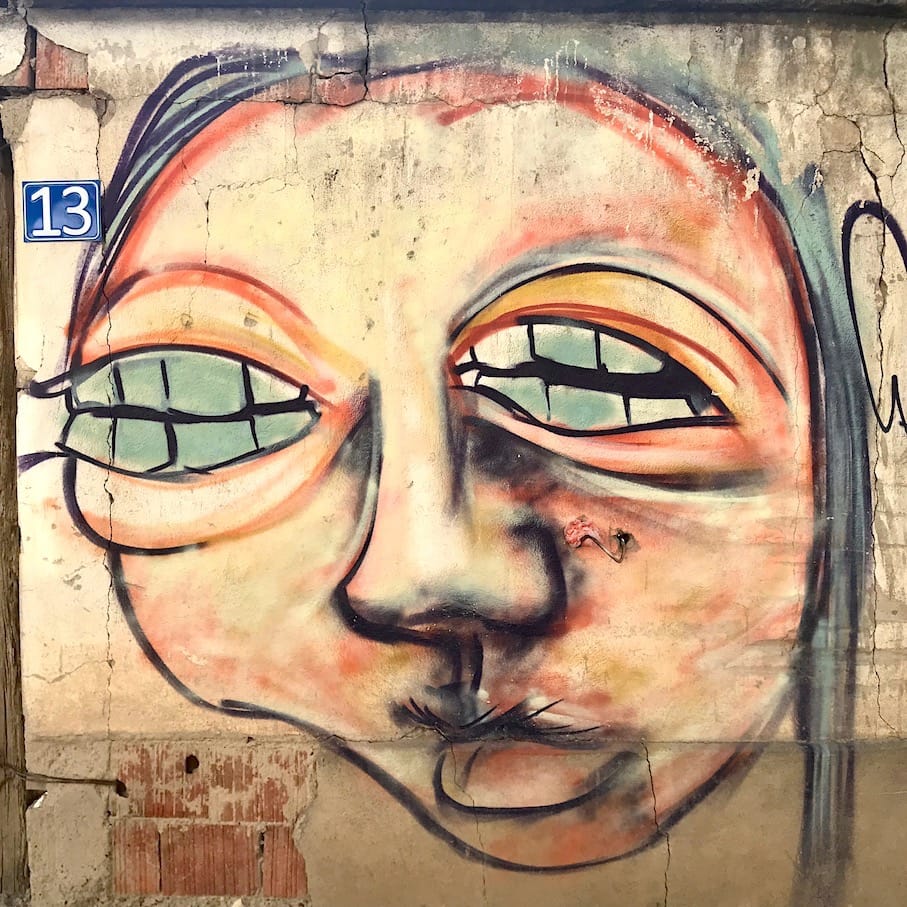 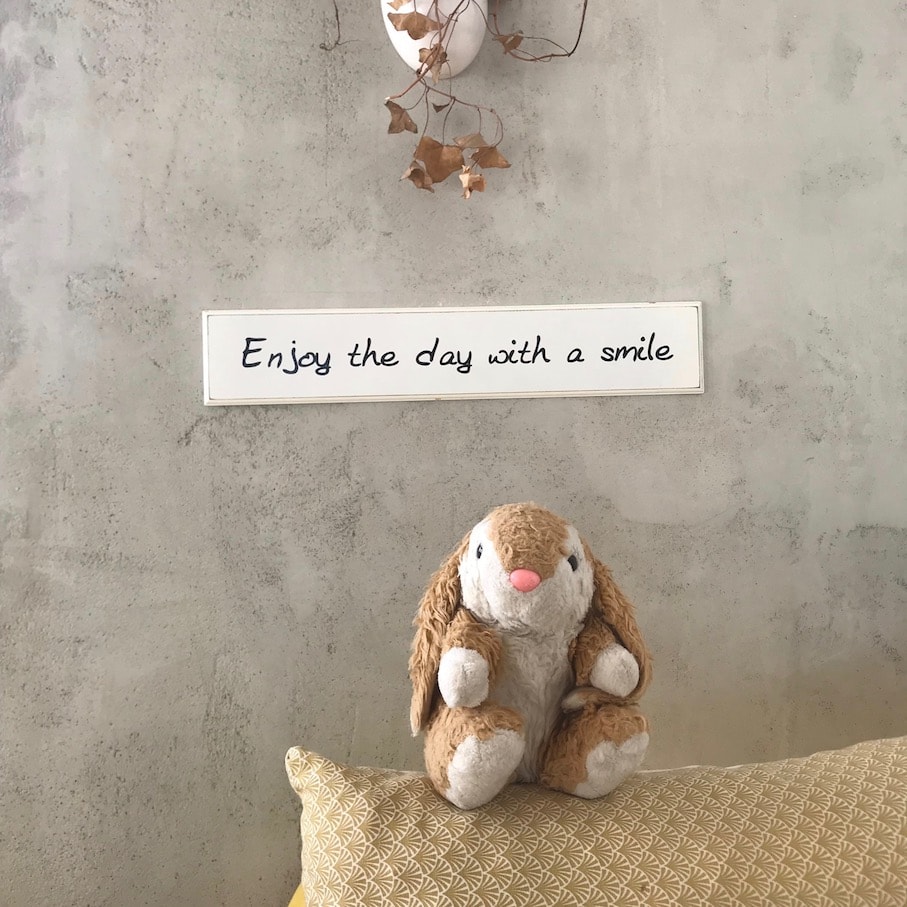 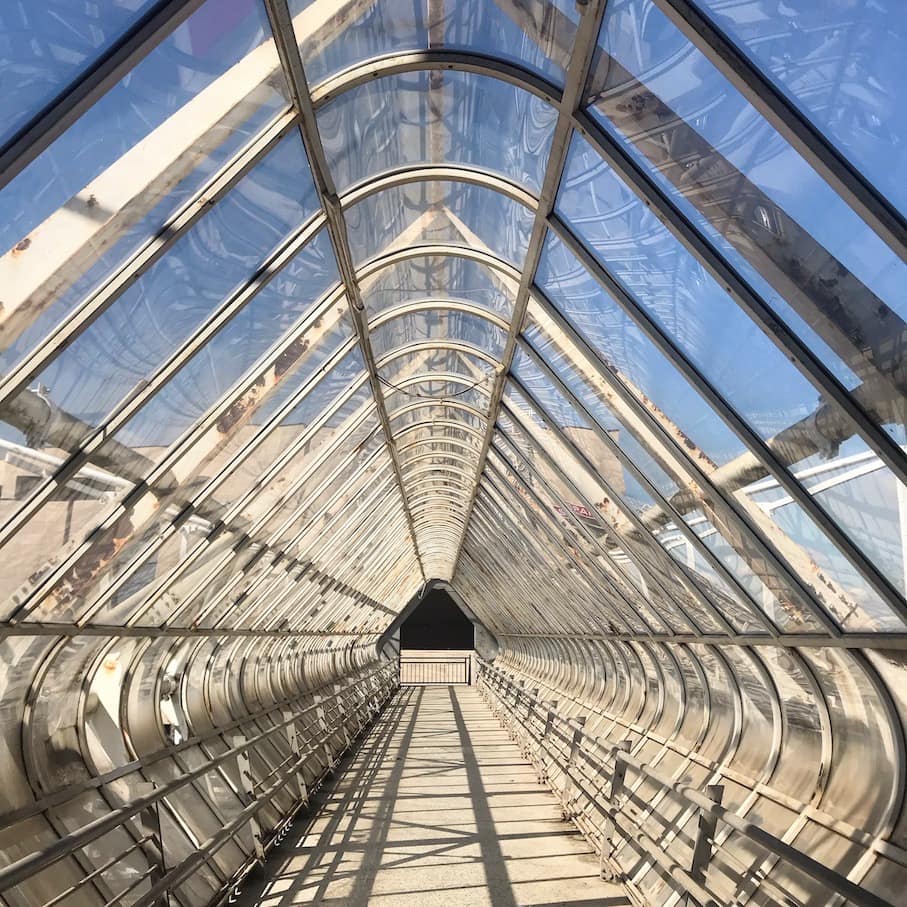 How to Get Around

The most interesting parts of Pristina are quite compact, so it is easy to just walk around. When you need to go further afield, taxis are relatively cheap and reliable. Bunny used Taxi Roberti and was very happy with their service.

Use a VPN on your laptop, phone and other devices when accessing wireless internet in Kosovo. Bunny’s first attempts to buy airline tickets while in Pristina didn't go so well. If you don’t know what a VPN is, check out Cogipas for further info.

As Europe’s youngest capital, Pristina is certainly worth a visit. It might not be the prettiest of cities, but it does have its own charm and some unique sights, including the highly recommended Bear Sanctuary. 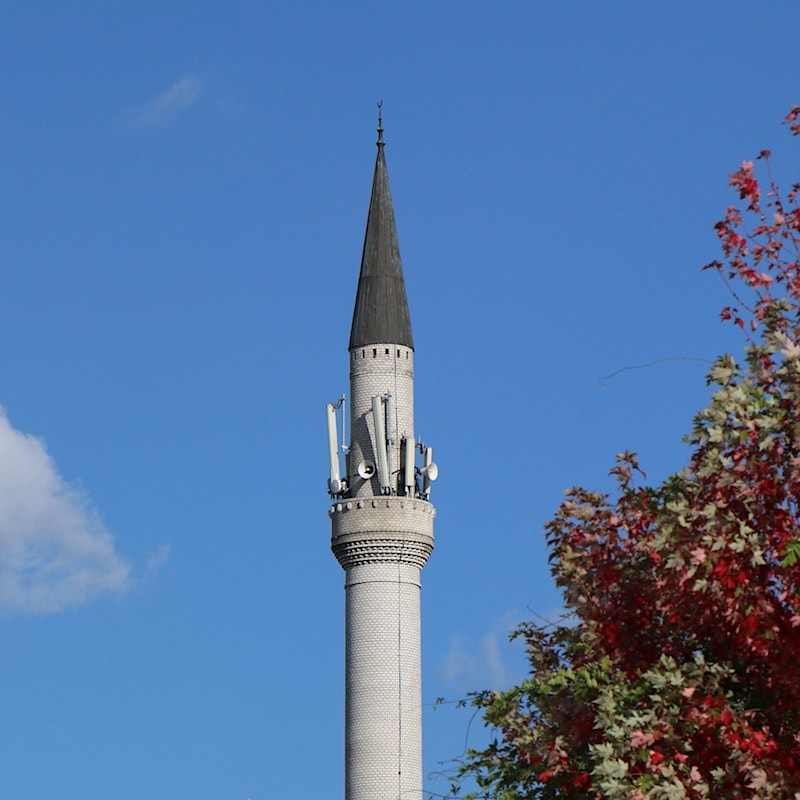 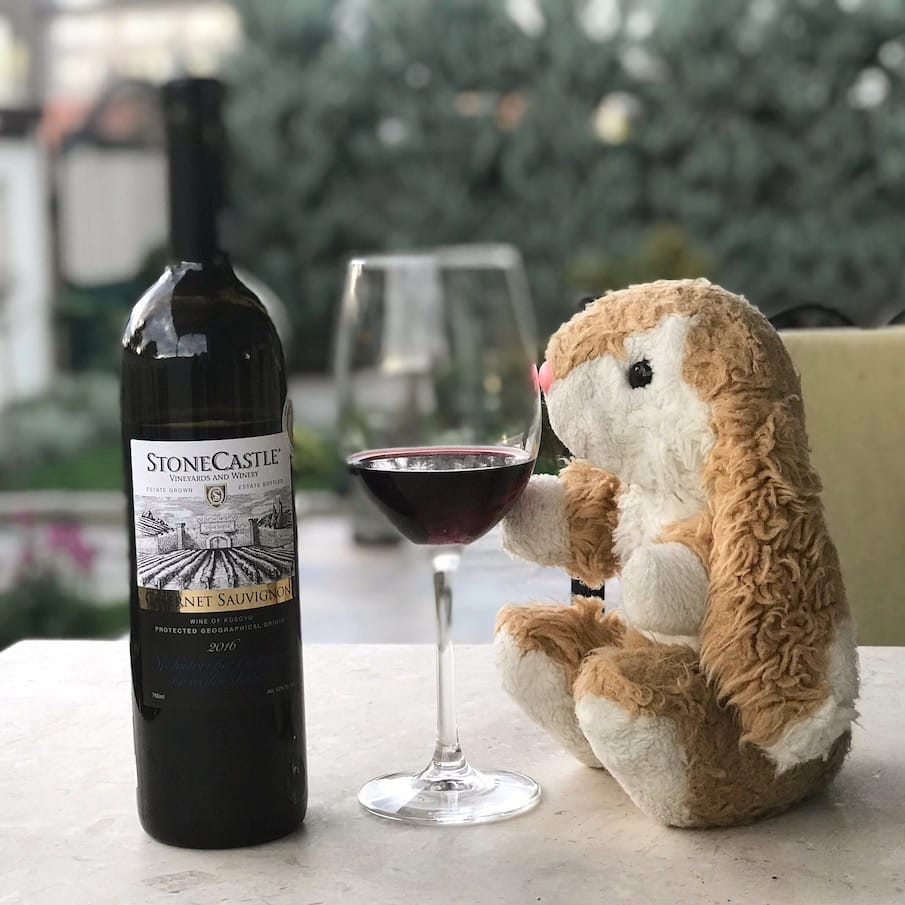 Macedonia Things to Do: Bunny’s 7-Day Itinerary
Bunny has some diverse travel experiences from the Balkans. She has been taken aside at the airport in Tirana for[...]
Read More
Bunny Visits Bear Sanctuary Prishtina
Bunny never visits zoos or other places where people make money from captive wildlife so she had never seen brown[...]
Read More
Winter Weekend in Budapest
Budapest is an ideal city for a winter weekend break in Europe. It is a vibrant place, full of historic[...]
Read More