Is Stonehenge Worth it?

Visiting world-famous monuments can be a tricky business. Your expectations are usually sky-high and the reality might turn out to be a bit underwhelming.

The prehistoric wonder of Stonehenge in England is definitely one of those iconic places. You’ve seen the pictures, you’ve read about it and you definitely want to experience it firsthand but you’re a bit apprehensive. Will it live up to the hype?

Bunny spent considerable time and effort trying to figure out how to do Stonehenge justice. She was adamant to avoid a “herded like cattle” touristic experience.

When she learned about Stonehenge’s Stone Circle Access, she knew this was the right solution. Read below about Bunny’s inner circle tour at Stonehenge. 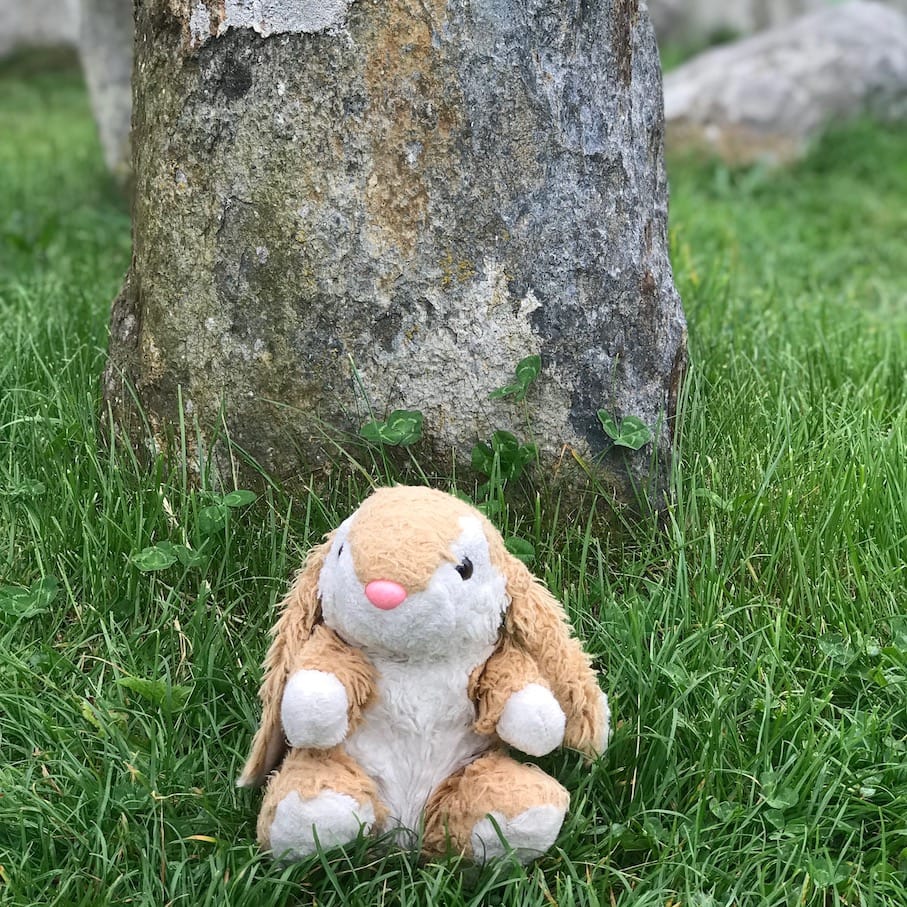 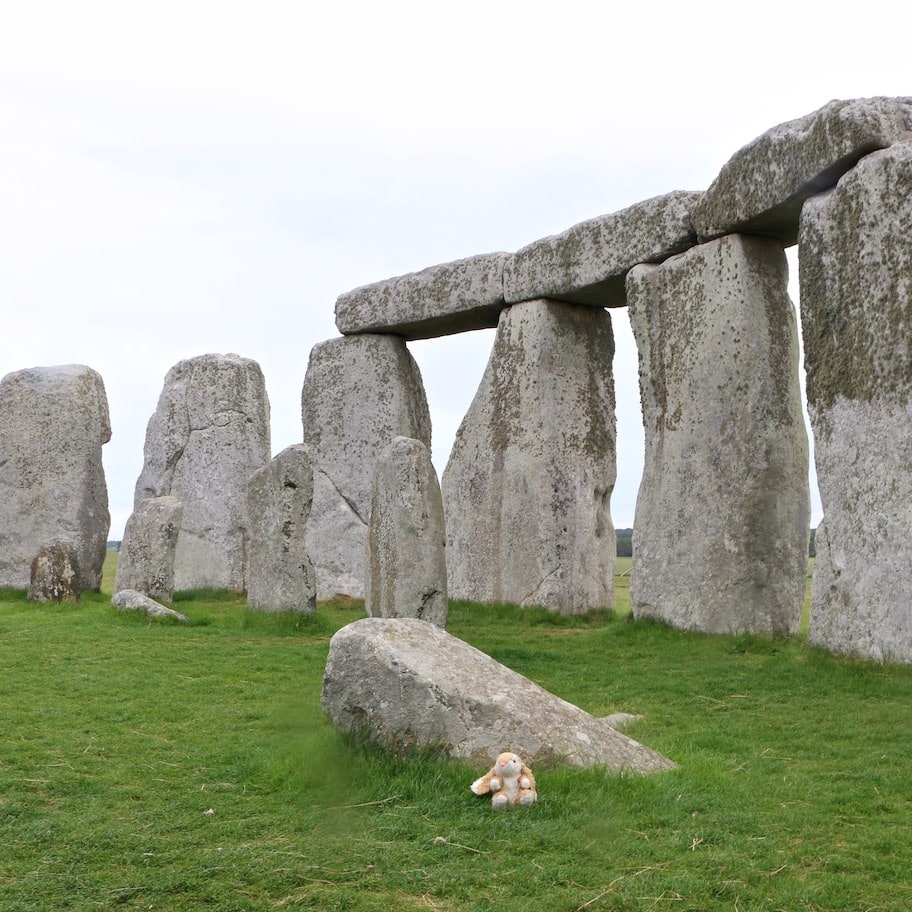 Stonehenge is one of the most famous megalithic monuments in the world. This giant rock formation was constructed more than 4,500 years ago, over a period of hundreds of years. This is all we know for sure.

Why was Stonehenge constructed? How were the stones lifted? What was it used for? The ancient builders left no records so many questions remain unanswered.

Transporting and raising the massive stones would be challenging even today so the construction must have been a huge communal effort at the time. Why go through all the trouble? It is a bit frustrating that we don’t really know, but sometimes a bit of mystery is good in life.

It is suspected that the site was used to study the movements of the sun and moon. Other experts claim that Stonehenge was a burial place. It is also commonly believed that special ceremonies were held at the site, particularly on Midsummer’s Day and Midwinter’s Day.

Be as it may, Stonehenge remains a fascinating site today. 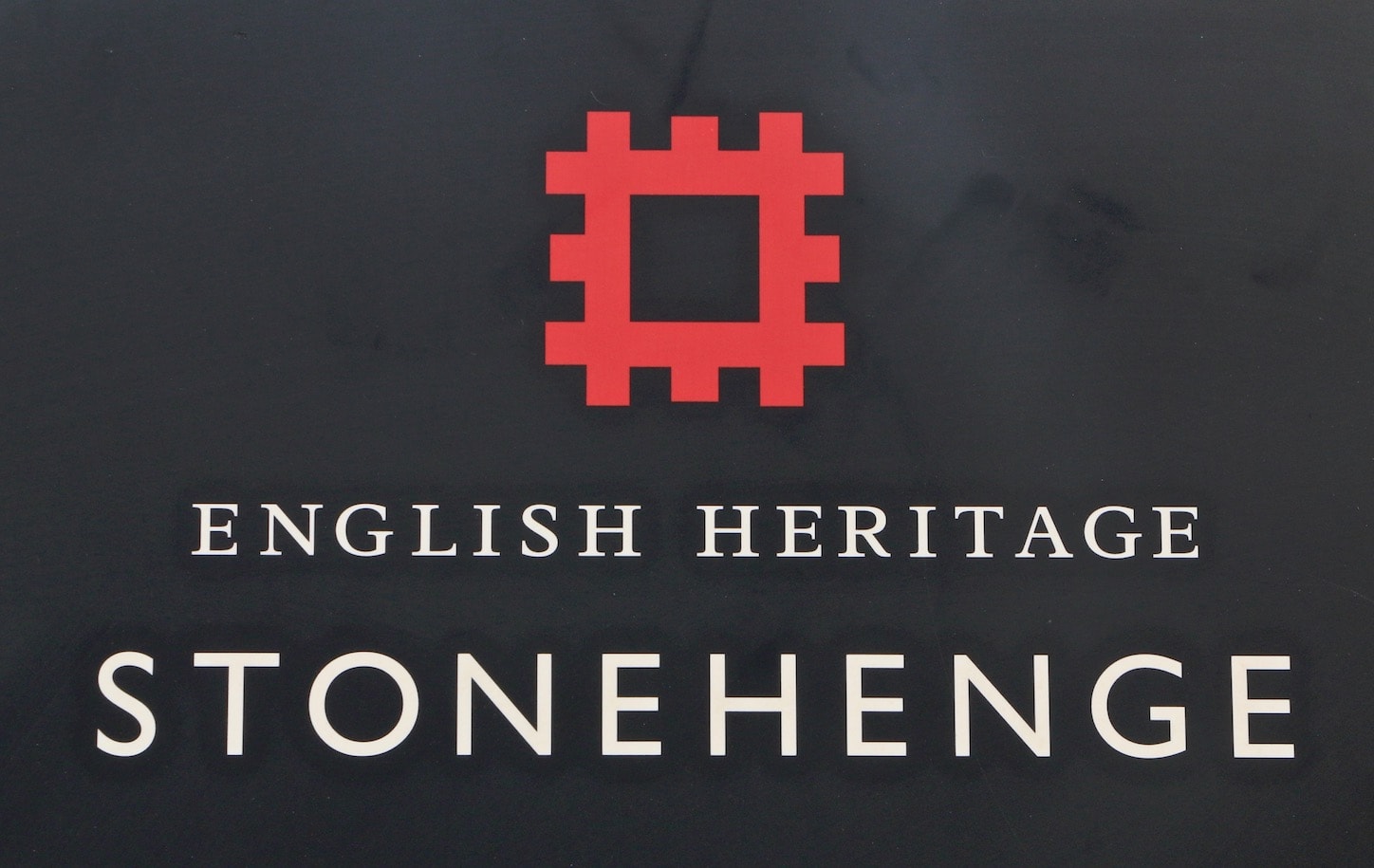 Some commentators suggest that Stonehenge may have been a top international tourist attraction already in prehistoric times. Today, it certainly is. The annual visitor numbers in the past ten years have exceeded one million.

In order to preserve Stonehenge, access to the Stone Circle has been controlled since 1978. Nowadays, all regular ticket holders to Stonehenge are restricted to remain behind the low rope barrier, which, at its closest, lies about 10 metres from the monument. Security guards are present 24/7 to prevent any opportunistic miscreants. 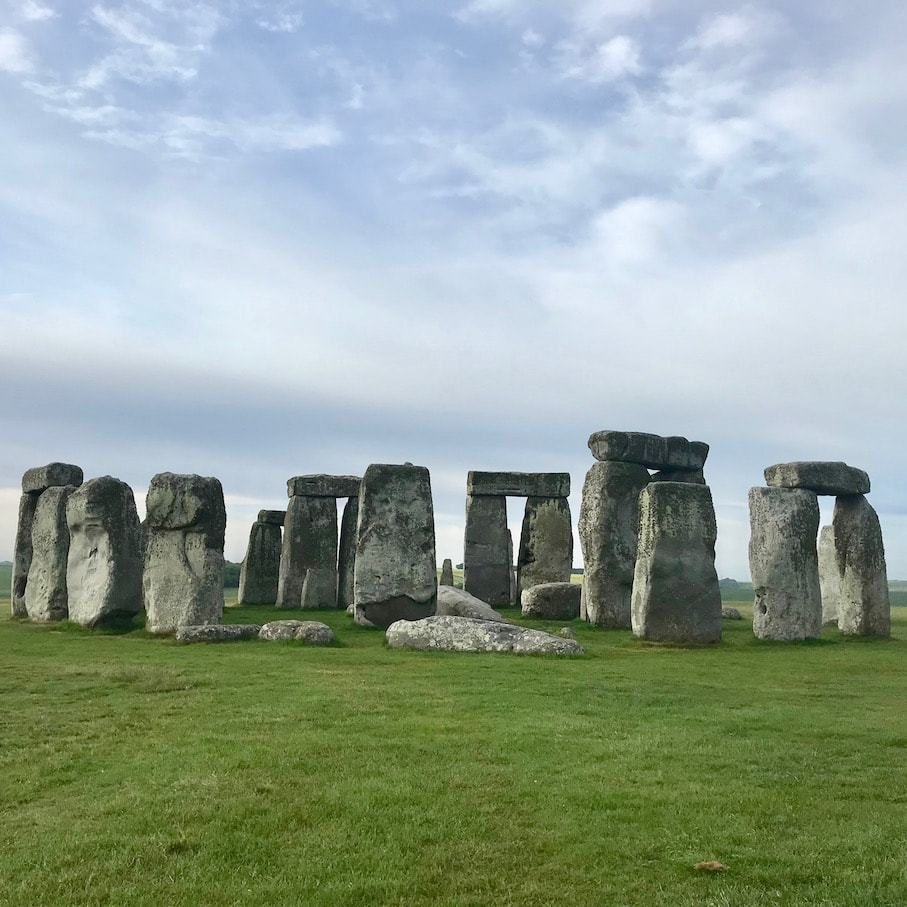 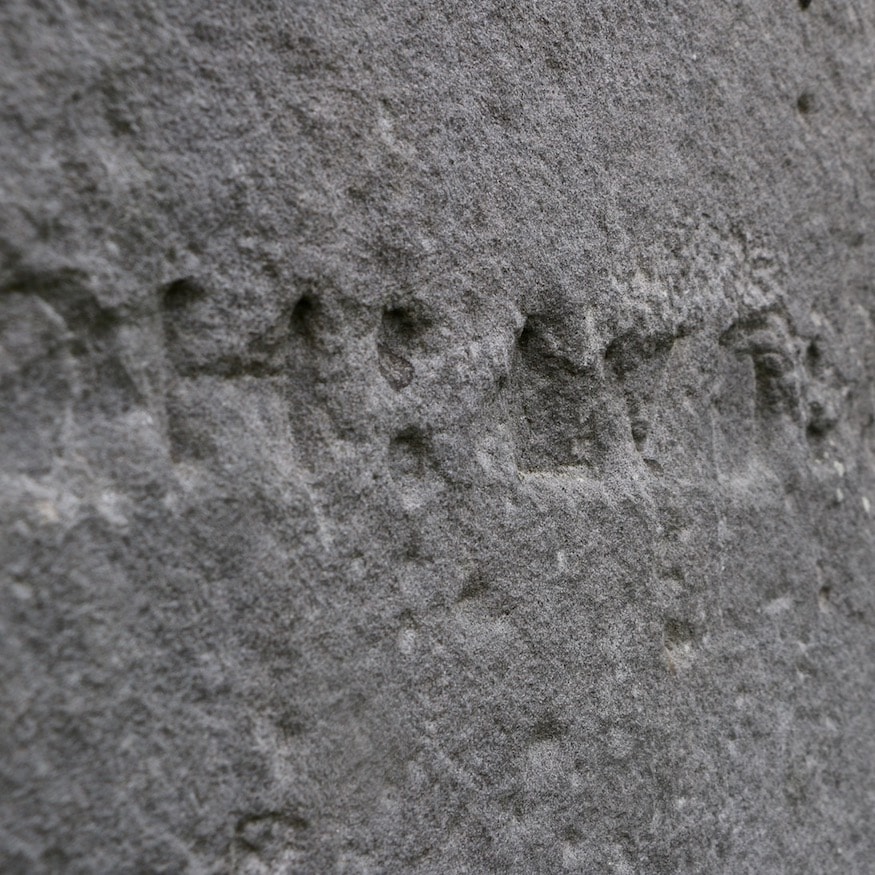 The special Stone Circle Access gives you a unique opportunity to go beyond the roped barriers and walk among the giant stones. These visits take place outside the normal opening times, either very early in the morning or late in the evening. The groups are small, a maximum of 30 people, and tickets are more expensive - and very difficult to obtain.

Stone Circle Access visits are unguided and last for an hour. You are free to walk among the stones at your leisure but touching them is strictly forbidden. Guards are always close by and watching, so don’t press your luck. 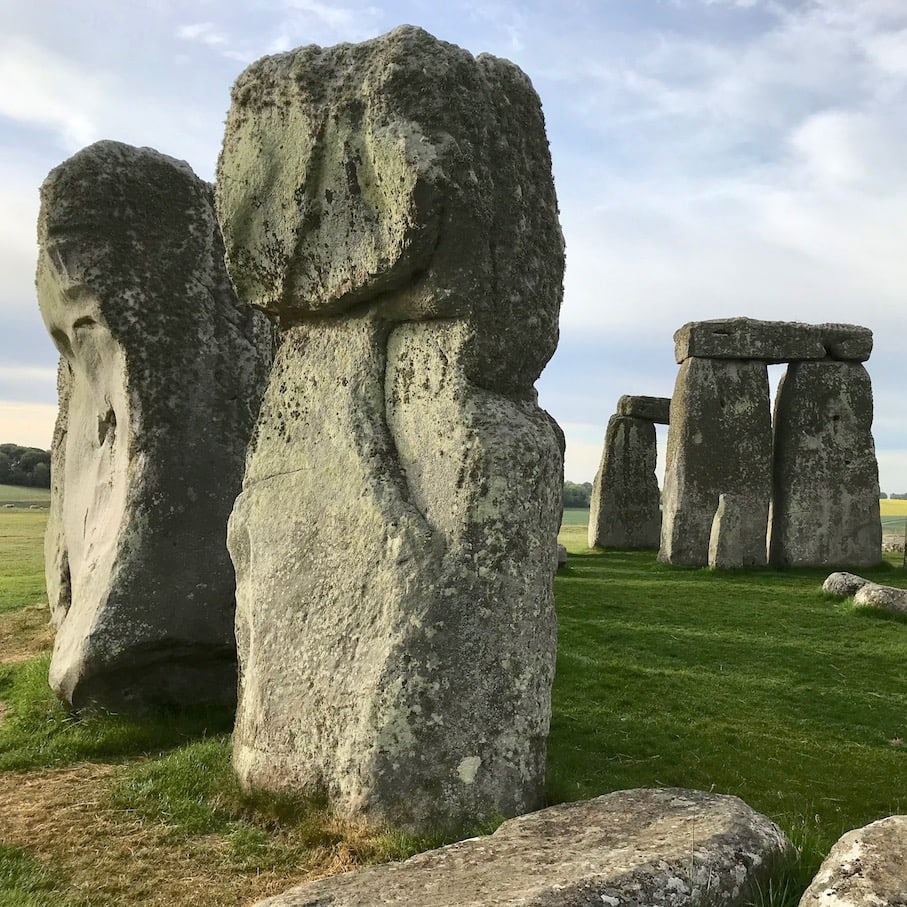 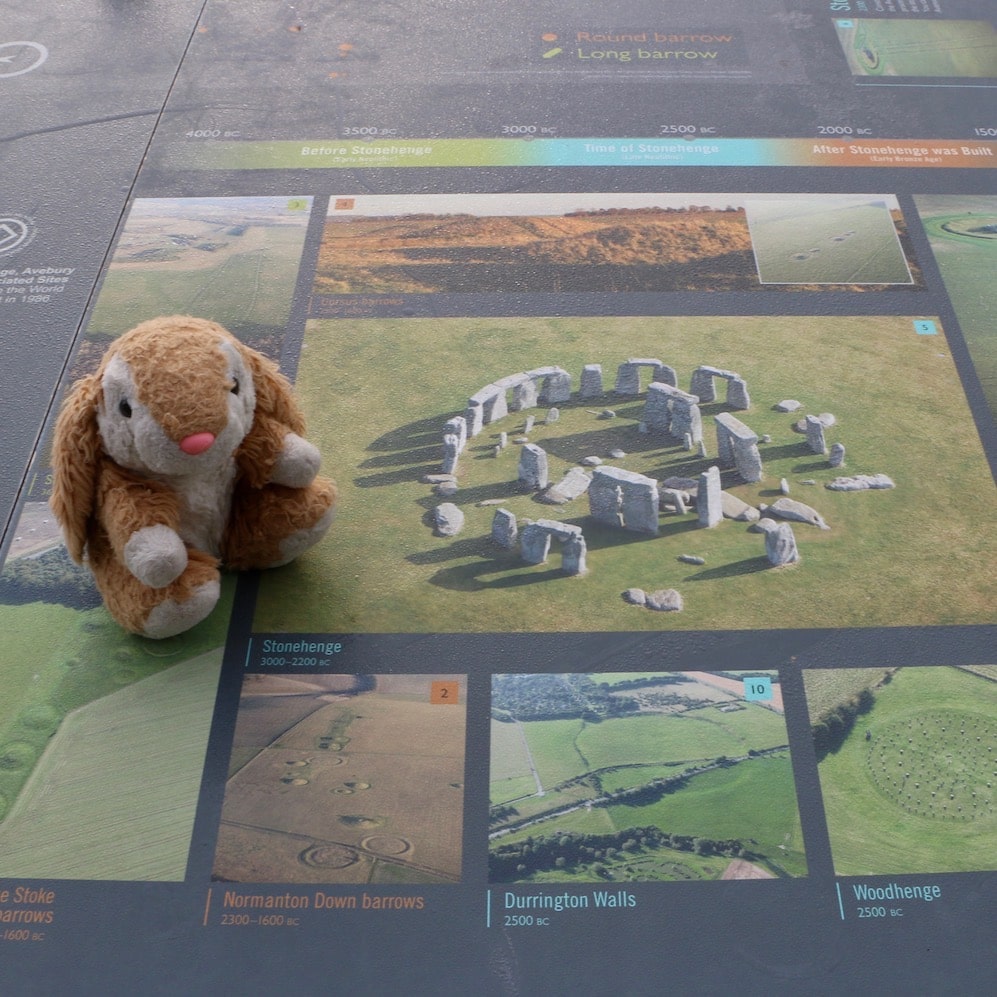 You will have to request Stone Circle Access tickets on the English Heritage website months before your visit. The website has a calendar showing the available dates and times. Tickets are issued on a first come, first served basis in the order requests are received.

At the time of writing (July), there were only a handful of spots available for the rest of the year. That gives you an idea of just how popular Stone Circle Access tickets are. Plan ahead, Bunny says. 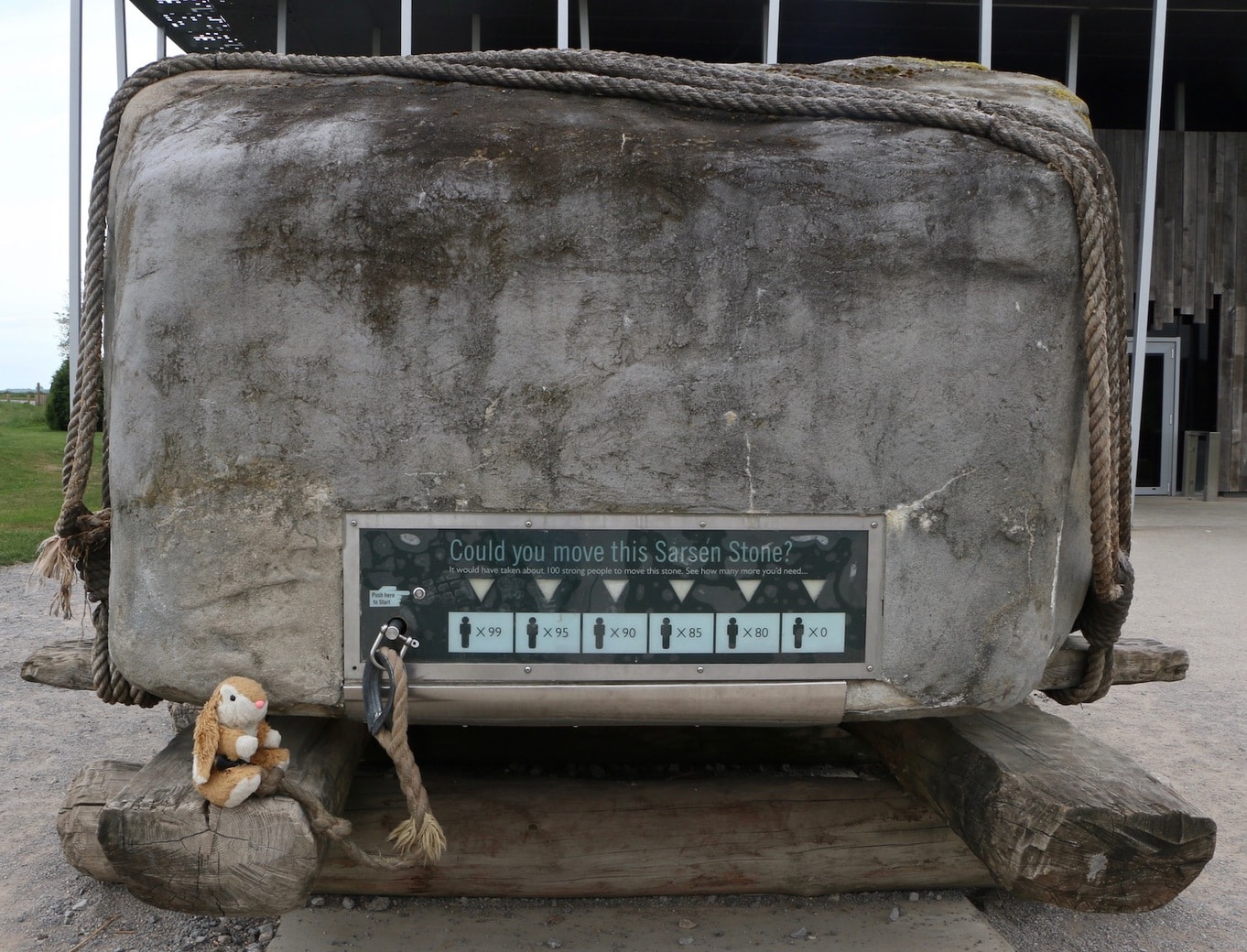 Stone Circle Access also gives you general access to Stonehenge on the day of your visit, so you will not miss anything. You will be able to drop in the gift store, study the information displays and visit the reconstructed Neolithic houses next to the entrance. If they’re open, that is.

Keep in mind that the general access is good all day. So, if, like Bunny, you have to wake up at an ungodly hour to make it for an early morning Stone Circle Access slot, afterwards you can go have a leisurely breakfast in a nearby village and return to see the rest of the exhibits.

If you just want a quick look, you can actually get a surprisingly decent view of Stonehenge driving past it on the A303. You cannot stop and taking photos from a moving car is not advisable, but this is the best option if you are in a hurry and would be happy with a fleeting glance.

Bunny’s reserved time slot at Stonehenge was at 6:45am on a bank holiday Monday in May. She arrived at the visitor centre 15 minutes before, as advised, and was among the last of her group to get there. However, she still had time to use the bathroom facilities and check out some of the information displays in the waiting area.

Then the shuttle bus arrived, carrying back the lucky ticket holders that had already been to Stonehenge that morning. Bunny hopped on and a short, 5-minute bus ride followed. At the end of the ride, a security guard jumped on board and reminded everyone of the rules again.

Duly briefed, Bunny and the other visitors then took a short walk to the normal boundary fence for the day’s first photos. Afterwards, it was time to step past the boundary (it was a nice feeling Bunny must admit) and face the stones. 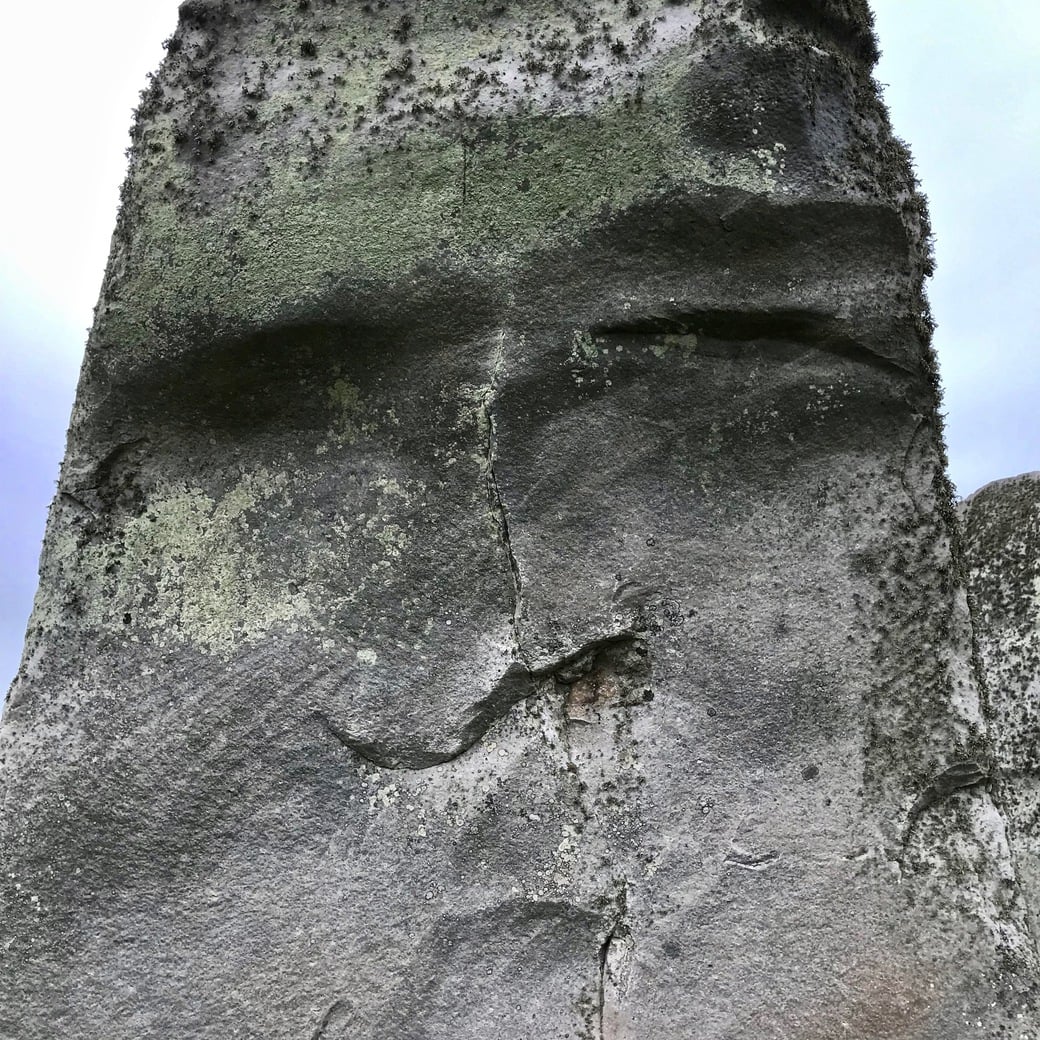 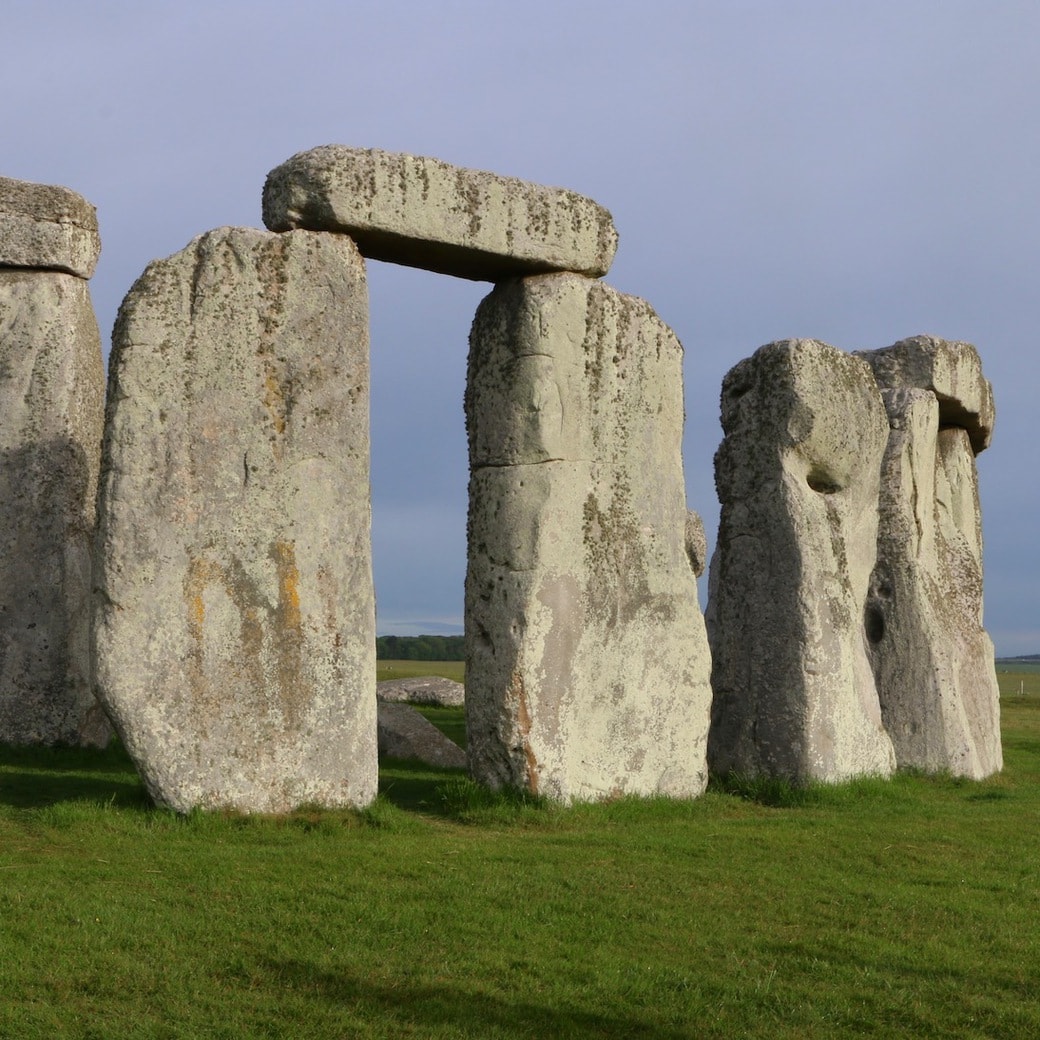 It was all a bit chaotic at first, with people running around, snapping photos like crazy and basically ruining all the pictures Bunny was trying to take. Luckily, things calmed down quickly and Bunny was able to explore the place in peace. Particularly after a group of loud Australian teenagers had had enough of the place and decided to walk back to the visitor center. Good riddance, Bunny said.

It was great to be able to get close to the stones and tap into the supposed healing energy on the site (Bunny didn’t feel any). Bunny also engaged the security guards in some conversation (the poor souls had been working since 6pm the previous night!) and learned that some of the engravings on the rocks were, in fact, from the Bronze age. To Bunny’s delight, a few of them were pointed out to her.

Sadly, she learned that unfettered access to Stonehenge in the past has led to names and initials being carved into the stones. The security guards were helpful in showing Bunny the real things as compared to the recent vandalism. They also had some interesting stories to tell so Bunny almost felt like she was on a private tour talking to these guys. How cool. 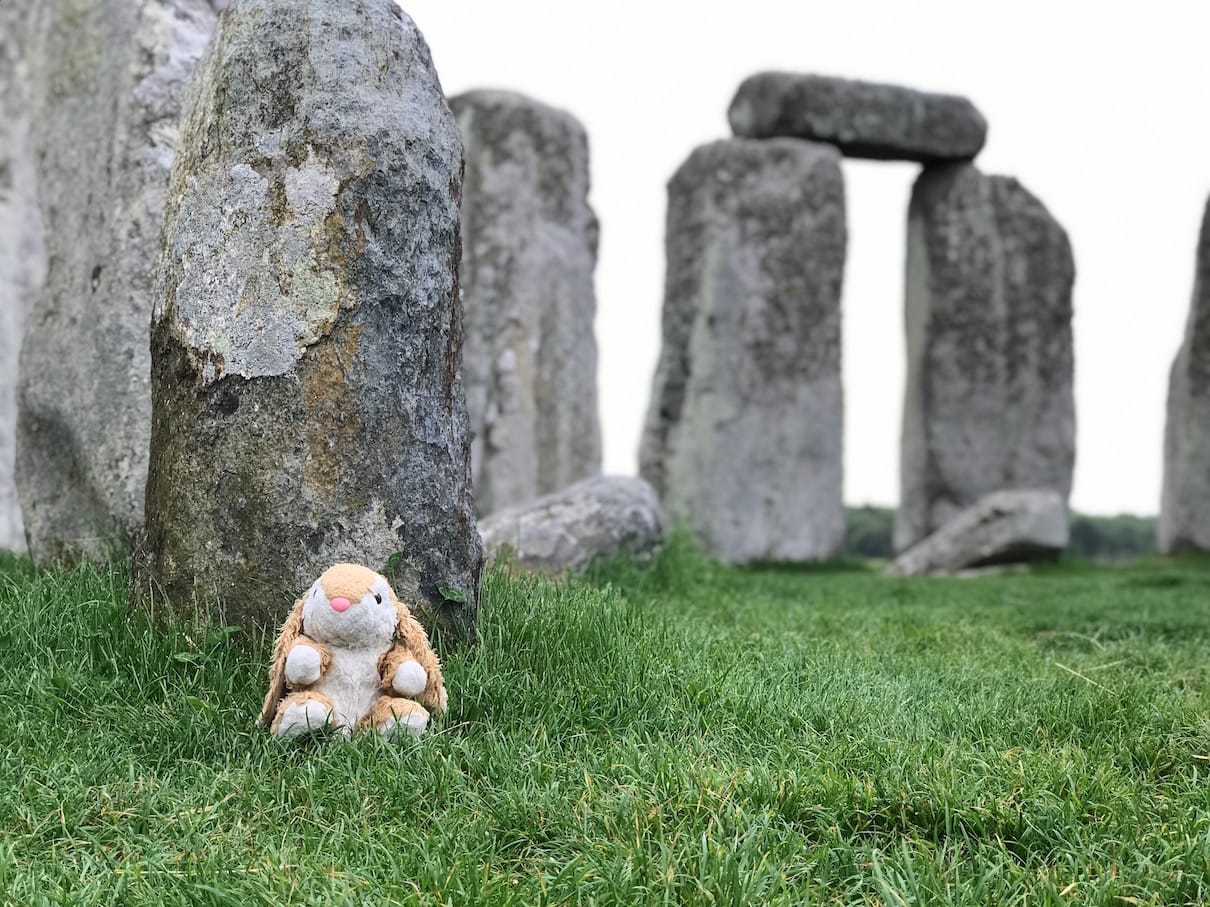 An hour at the Stone Circle flew by quickly. It was surprisingly chilly, mainly because of the wind, and Bunny was grateful for her warm winter get-up. Consider yourself warned.

Bunny’s group was promptly corralled and boarded the bus to retrace the same straight, flat road back to the visitor centre where the next crop of lucky Stone Circle Access visitors was waiting to board.

If you’re visiting Stonehenge and have some time afterwards, Highclere Castle, better known as Downton Abbey, is only a 45-minute drive away. Bunny is a bit of a fan of the TV series so she was very happy to hop around the impressive castle and enjoy afternoon tea with scones in the garden afterwards. Just remember to check the opening times before you go. 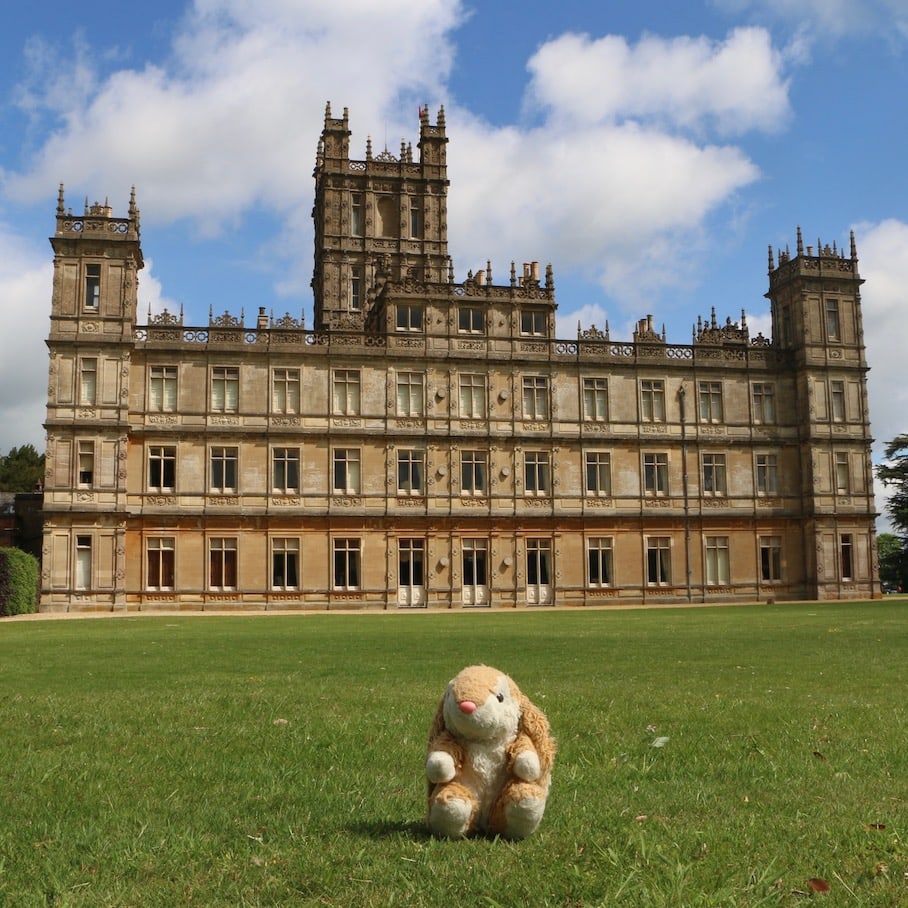 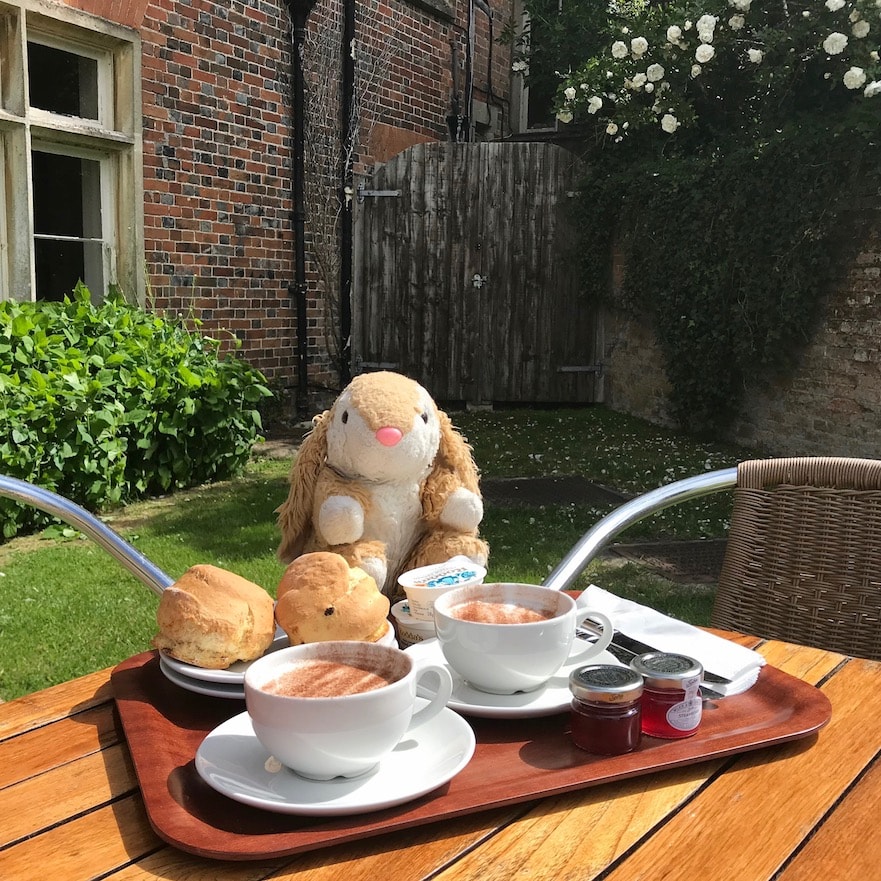 Stonehenge is located on Salisbury Plain, in Wiltshire, England, about 90 miles west of London. There are plenty of companies which organise day trips from London but Bunny would only consider participating in these if they included Stone Circle Access (the vast majority don’t).

Bunny visited from nearby Bath, which is about an hour’s drive from Stonehenge. 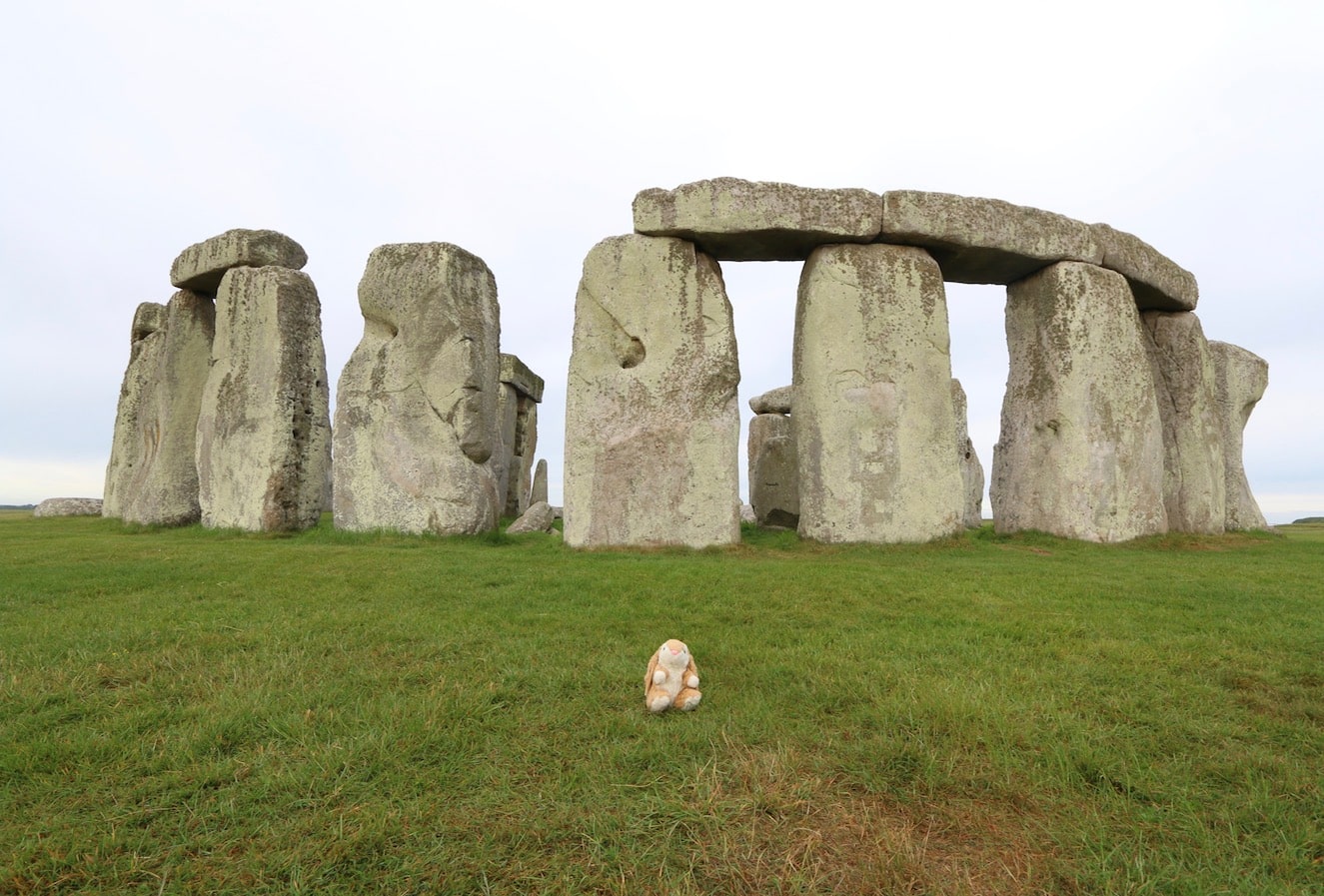 Stonehenge is open year-round (closed only on Christmas Eve and Christmas Day) and popular at all times. The opening times vary according to the season. Mid-days are generally the worst time to visit as this is prime time for the big tour groups.

Basically, you should just visit for whenever you can get the precious Stone Circle Access tickets, Bunny says. 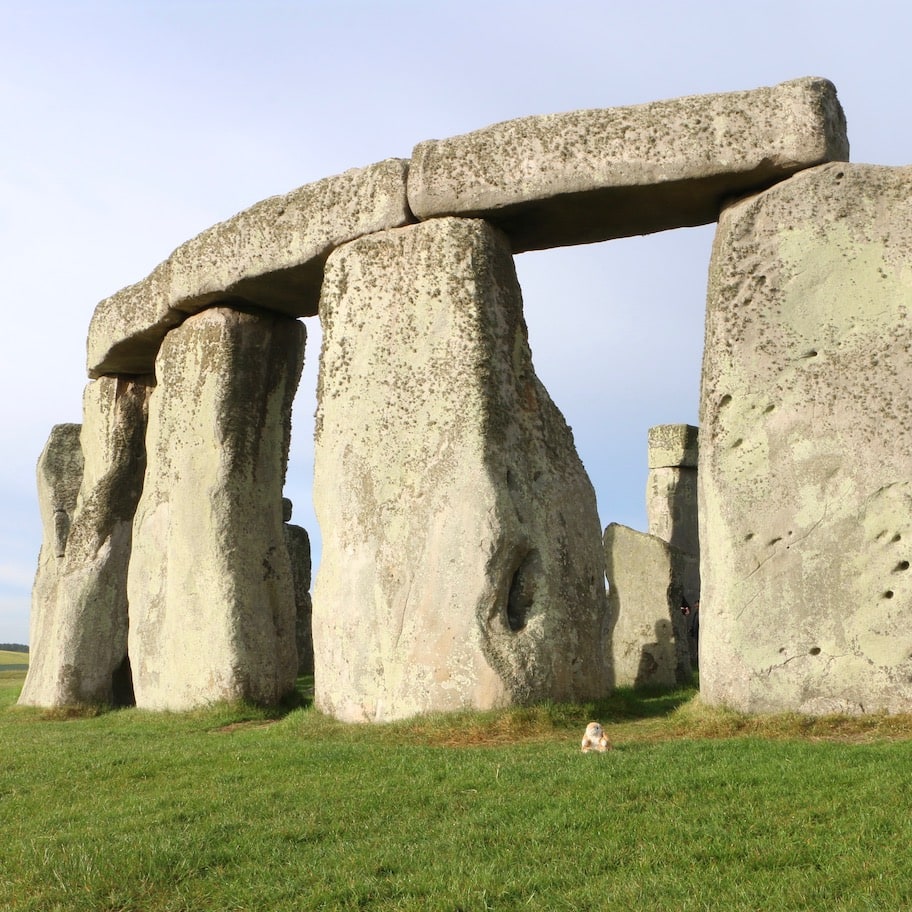 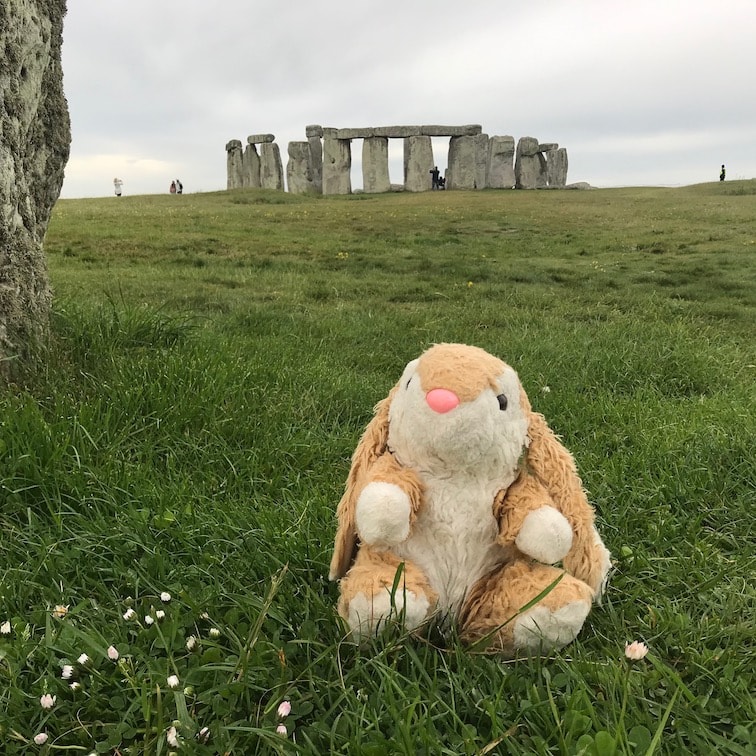 Is Stonehenge worth it? Yes, but only if you adopt Bunny’s tips and go for the inner circle tour.

She is not so sure that she would have enjoyed the prehistoric monument had she battled crowds and been limited to staying behind the perimeter the entire time. Stone Circle Access or nothing, Bunny says!

Bunny’s 10 Things Not to Miss in the Lake District
Bunny recently found herself with some unexpected free time in England. When she realised that she needed an ex tempore travel plan[...]
Read More
How to Visit Tulip Fields in Netherlands Without Crowds?
Netherlands' tulip fields are world famous. Tulips may have been originally imported from the Ottoman Empire, but today they are[...]
Read More
Sunrise Experience at the Empire State Building
The Empire State Building in New York City is one of the most photographed buildings in the world. At 102 floors,[...]
Read More