Vegas in Winter: Bunny’s Guide on What to Do and See 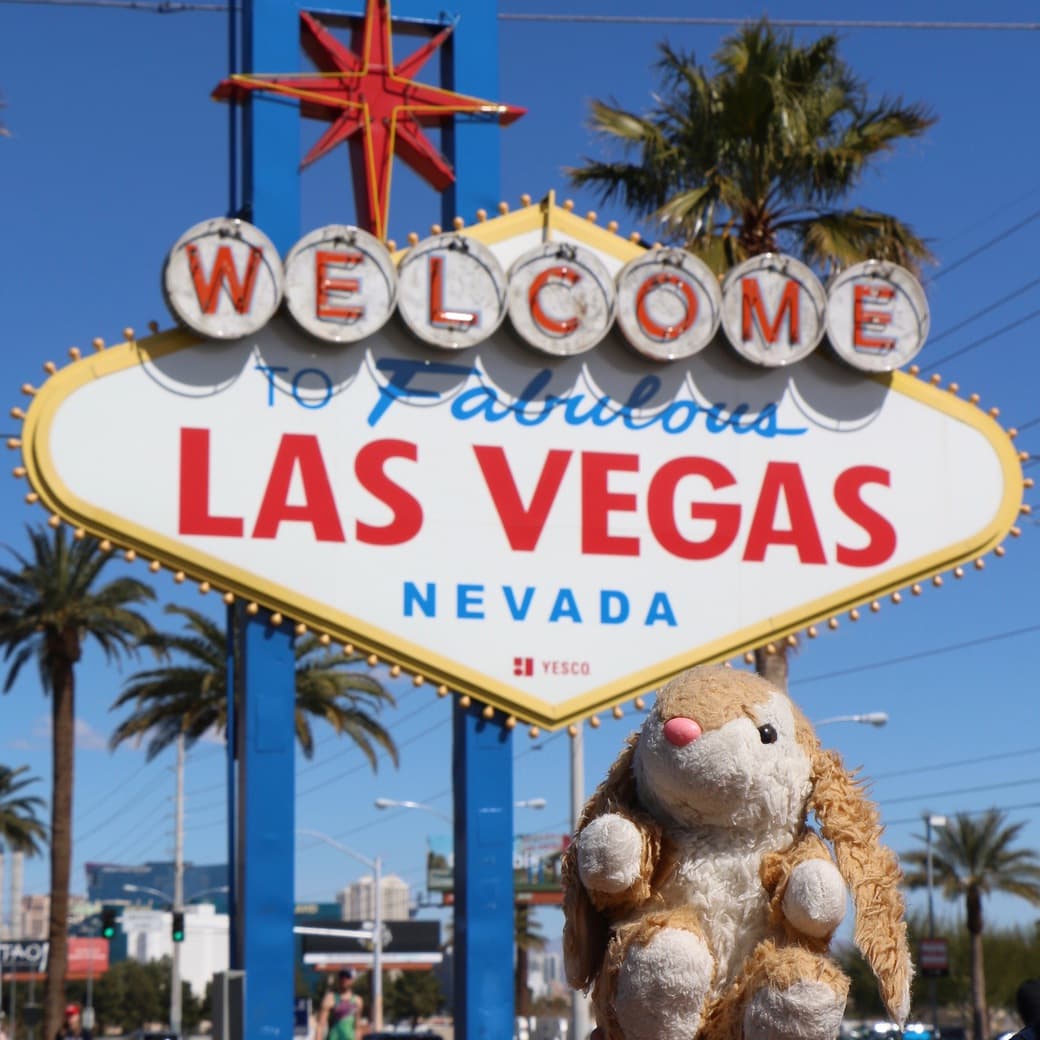 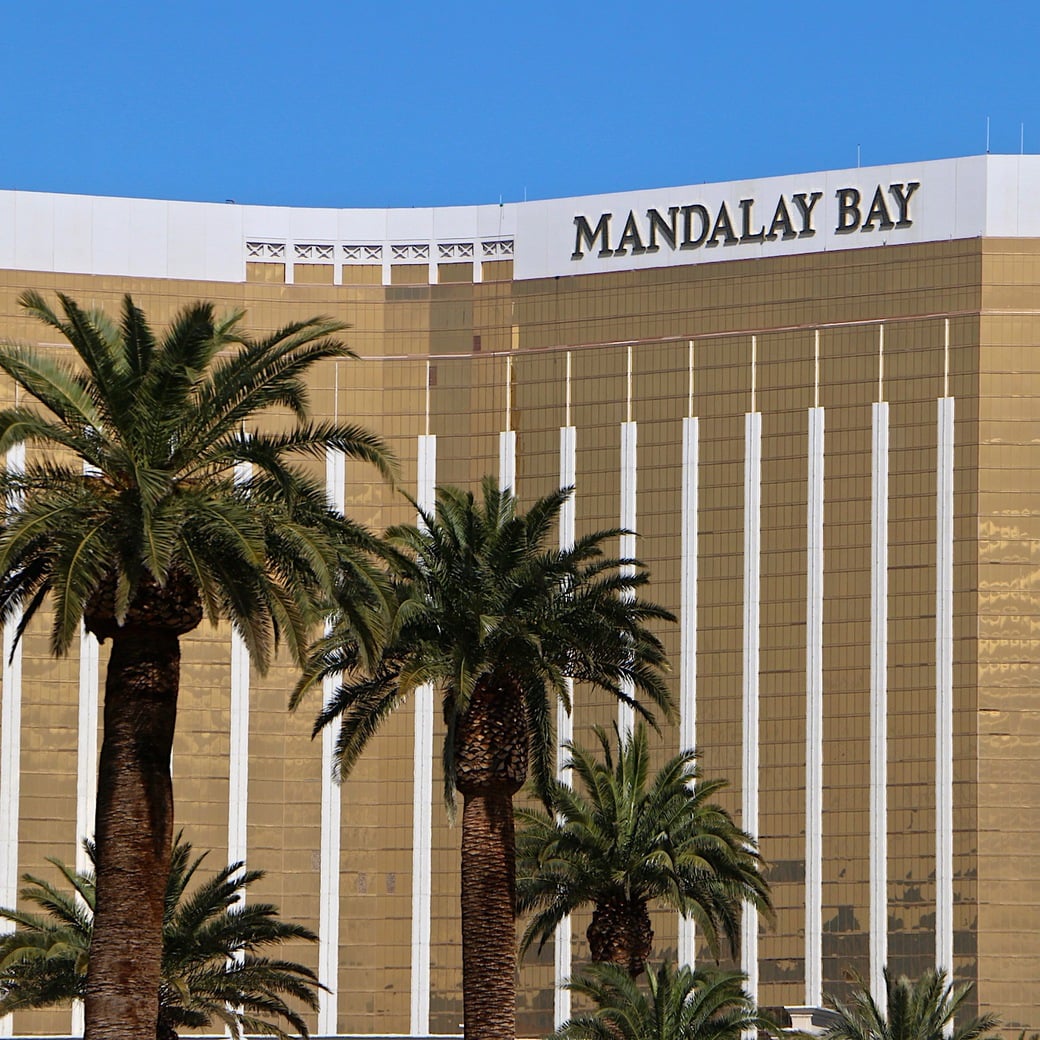 If you don’t gamble, there’s no need to go to Las Vegas, right? Not so fast. Bunny is decidedly anti-gambling but that didn’t stop her from having a great time on a recent visit to Las Vegas.

Bunny was a bit apprehensive about visiting Vegas in winter though as she was not sure whether she would enjoy the city in the cold. Turns out it was fabulous!

Read below about Bunny’s experience in Vegas in winter.

Is It Worth Going to Vegas in Winter?

Las Vegas is often associated with sunny days and scorching hot temperatures but it can actually get quite cold in winter. Temperatures can drop close to zero Celsius (32 F) at night and daytime can also be on the chilly side. At least there is no snow!

When Bunny started researching for her early March visit, she was quite surprised to learn that most hotel pools, for example, would still be closed. In fact, Bunny ended up wearing her winter jacket in Vegas for most of the time. Some foolish young people might have pranced around in skimpy outfits but Bunny stayed firmly in her winter getup. 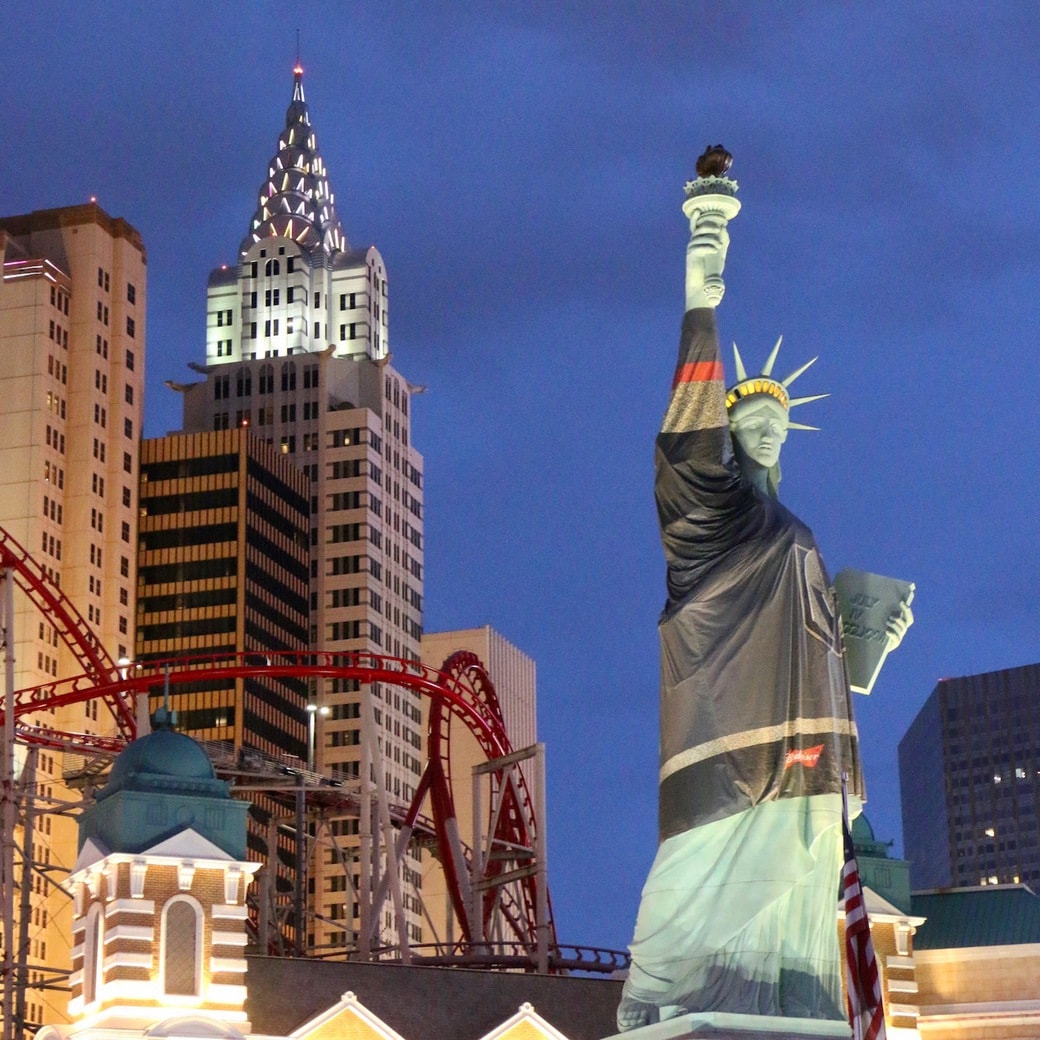 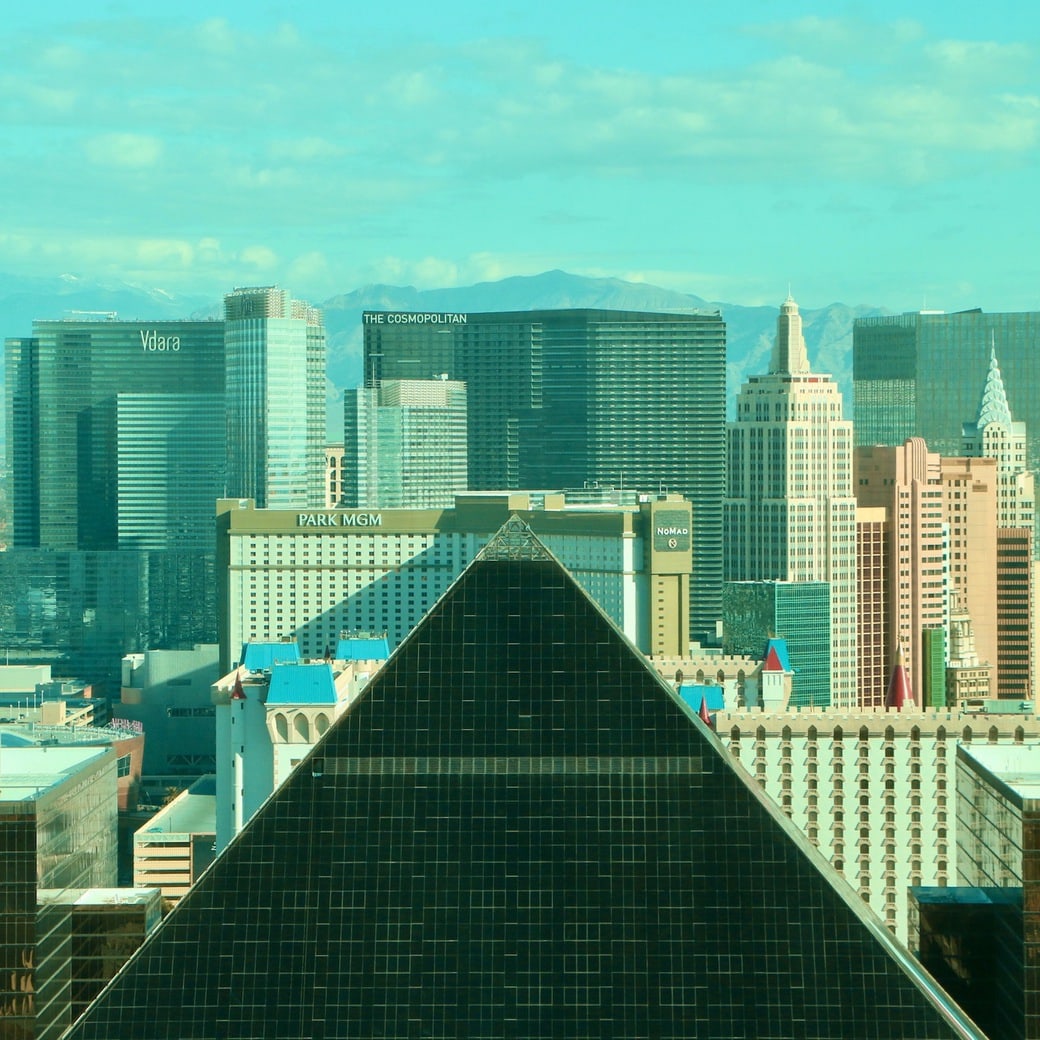 It’s not all gloom and doom though. What you miss out on the pool weather, you gain on fewer crowds. Vegas is always popular but there is a bit more room to move around if you visit in winter. Most of the attractions are anyway indoors and hotel prices also drop considerably in winter.

So, if you’re mentally prepared to leave the bikini at home and brave the occasional chill in the air, Las Vegas is actually quite enjoyable in winter.

The Wonder That Is the Strip

Disney World for the grownups - That’s one of the best descriptions of Las Vegas Boulevard - the Strip - that Bunny has encountered. It is certainly one of the most entertaining streets in the world. There are dancing fountains, roller coasters, Egyptian pyramids, ferris wheels, Venetian canals, an Eiffel Tower and much more. Restaurants, bars, nightclubs, casinos, shopping centres, hotels and showrooms abound.

Add flashing neon lights, loud music, hustlers, traffic and rowdy crowds to the mix and you’ll soon understand that this is not a destination for the introvert. But it is certainly enthralling. 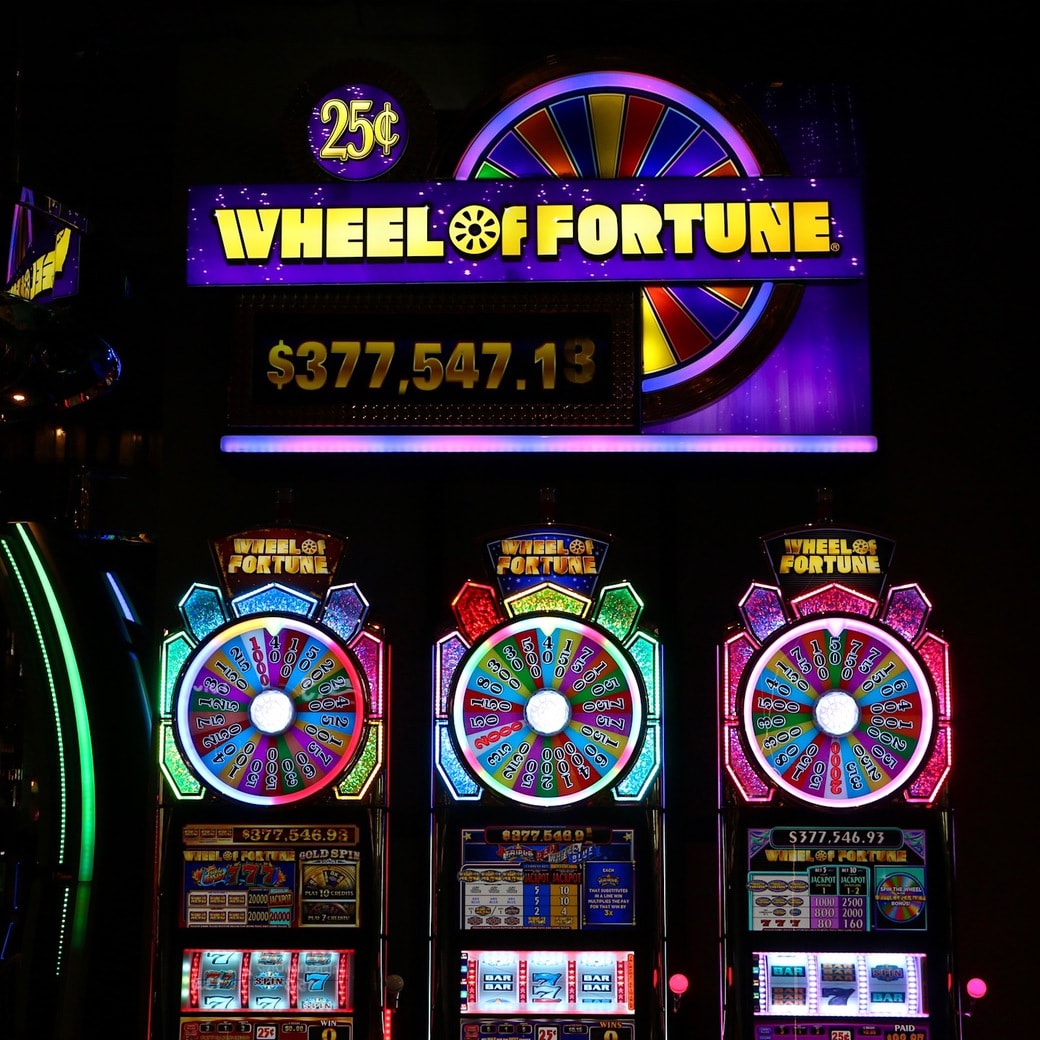 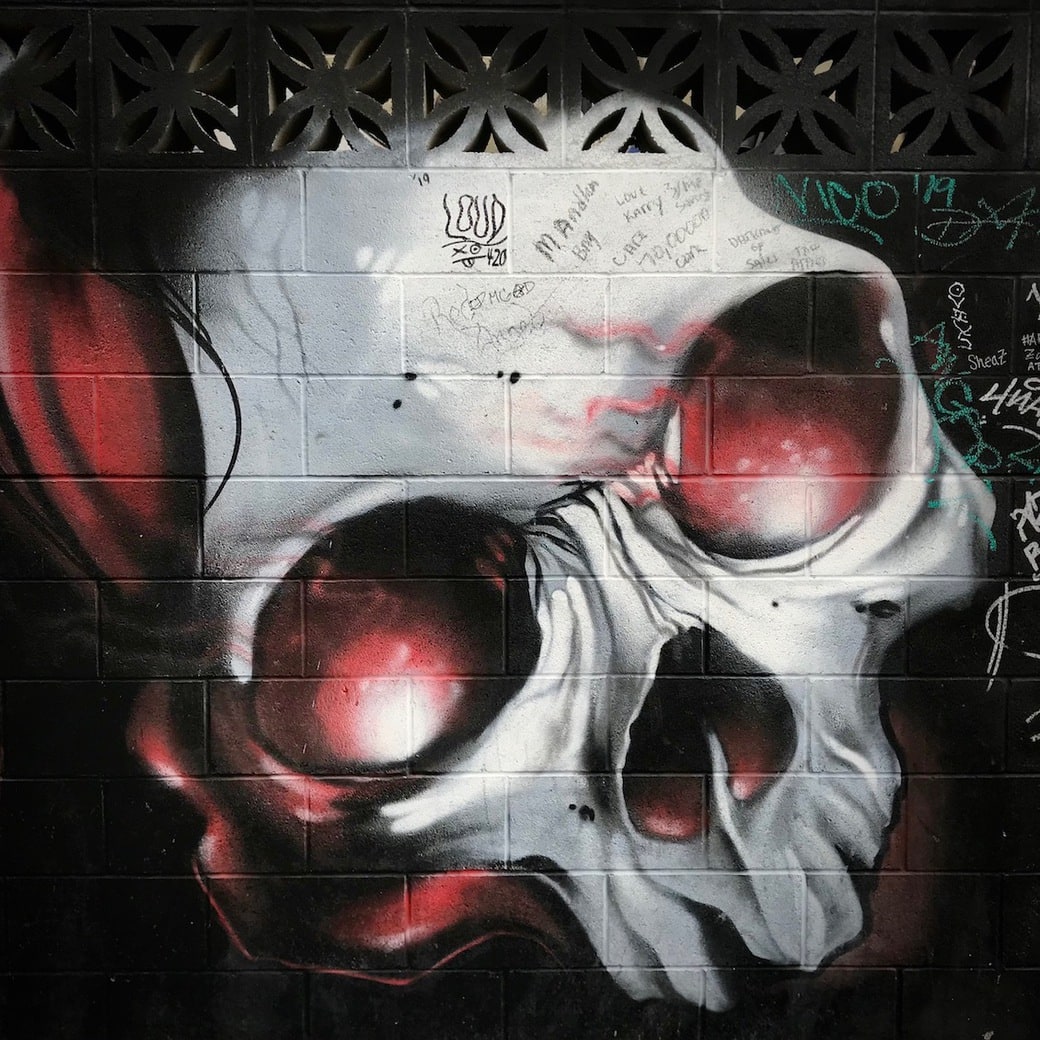 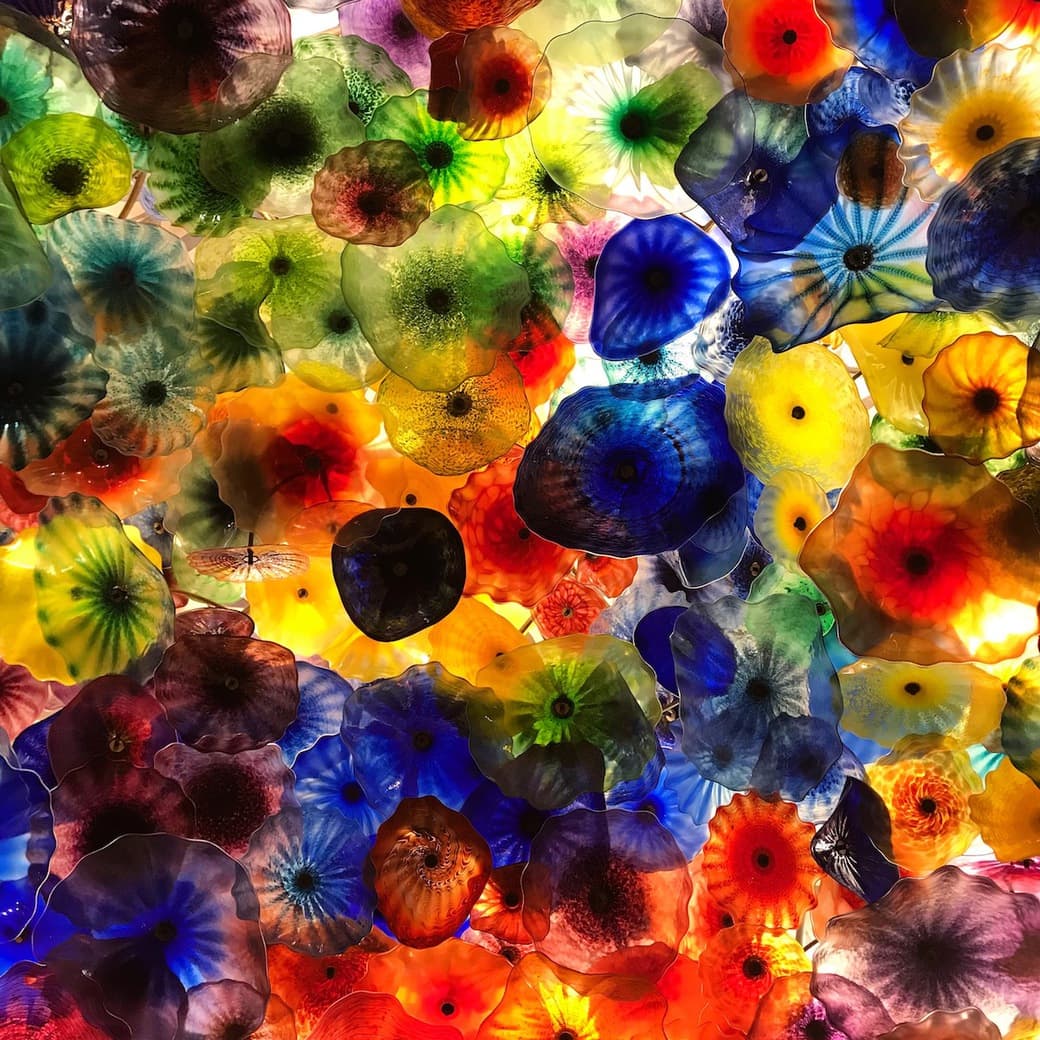 Ride the Rollercoaster at New York

Bunny started her Vegas adventure by taking a rollercoaster ride at the New York-New York Hotel & Casino. It features a 180-degree heartland twist and a drop that made Bunny’s hair twist.

The rollercoaster is particularly thrilling at night, letting you see all the Vegas lights around you and feeling the cool air on your face, Bunny says.

You are not allowed to take any possessions with you on the rollercoaster but there are lockers in the reception area to store your valuables during the ride. 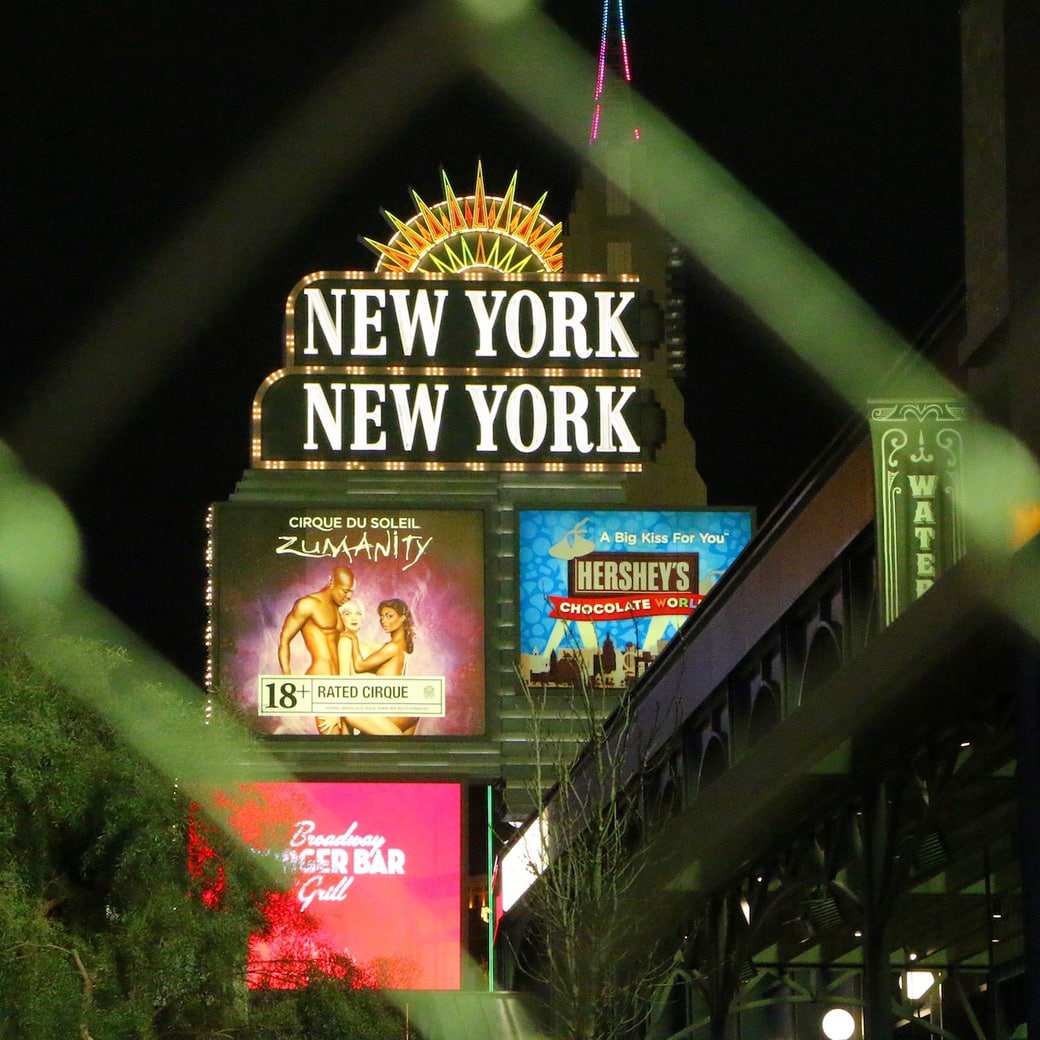 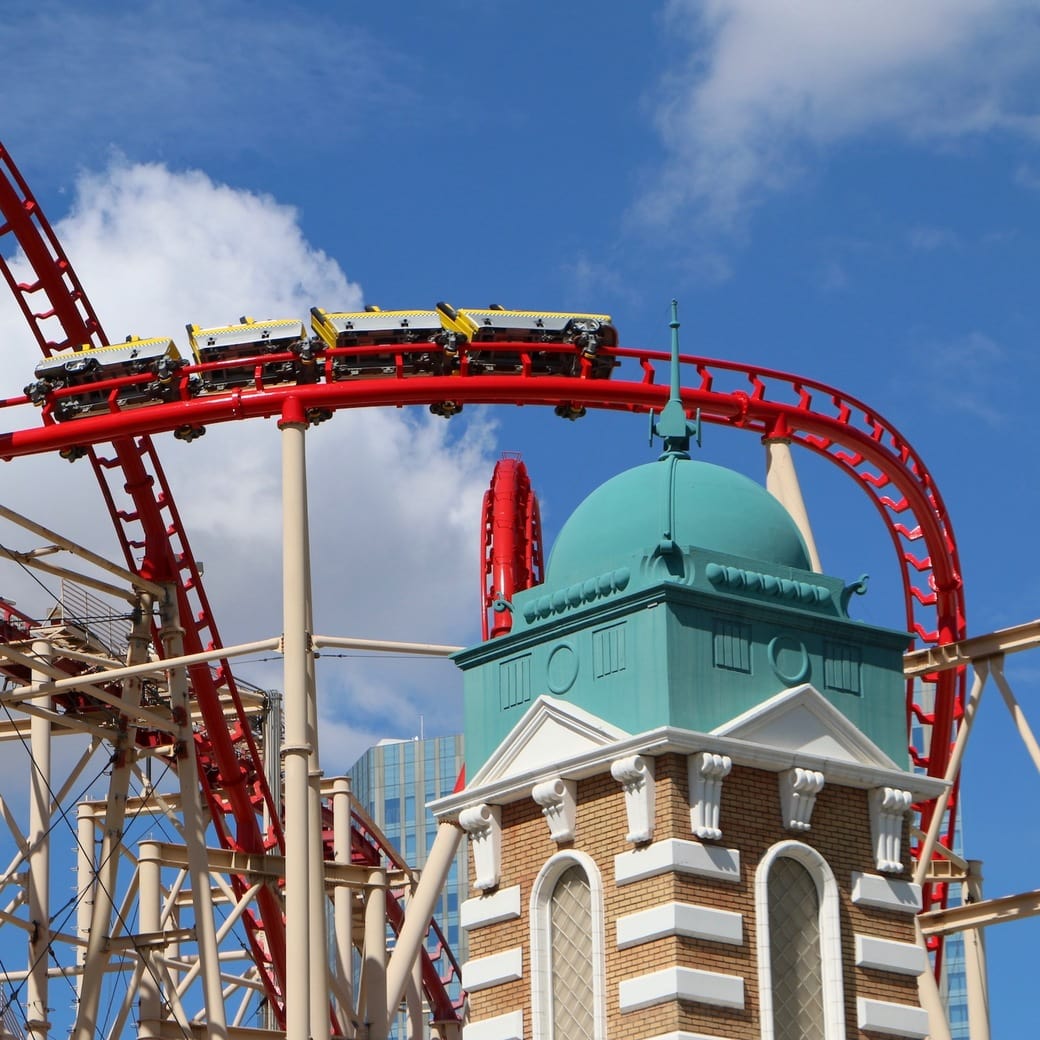 Check out the Bellagio Fountains

On her first trip to Vegas, Bunny stayed at Bellagio. She was not overly impressed with this iconic hotel so this time she decided to experience the dancing fountains only as a spectator rather than a patron. Luckily, this is very easy to do.

The show - fountains set to changing music - recurs daily in front of the Bellagio hotel. The timings vary but you can usually count on half an hour intervals (starting at 3pm on weekdays). You can watch the show directly from the Strip or walk towards the Bellagio lobby to catch the show with the Eiffel Tour across the street in the background.

Once you are done with the fountains, walk inside the hotel to check out the Bellagio Conservatory & Botanical Garden. It is located in the hotel lobby and free to enter. Five times a year, Chinese New Year, spring, summer, fall and winter, this space is turned into a spectacular display of flowers, trees and plants with an appropriate theme. It’s well worth a visit, Bunny says, even of it is elbow-to-elbow in people most of the time. 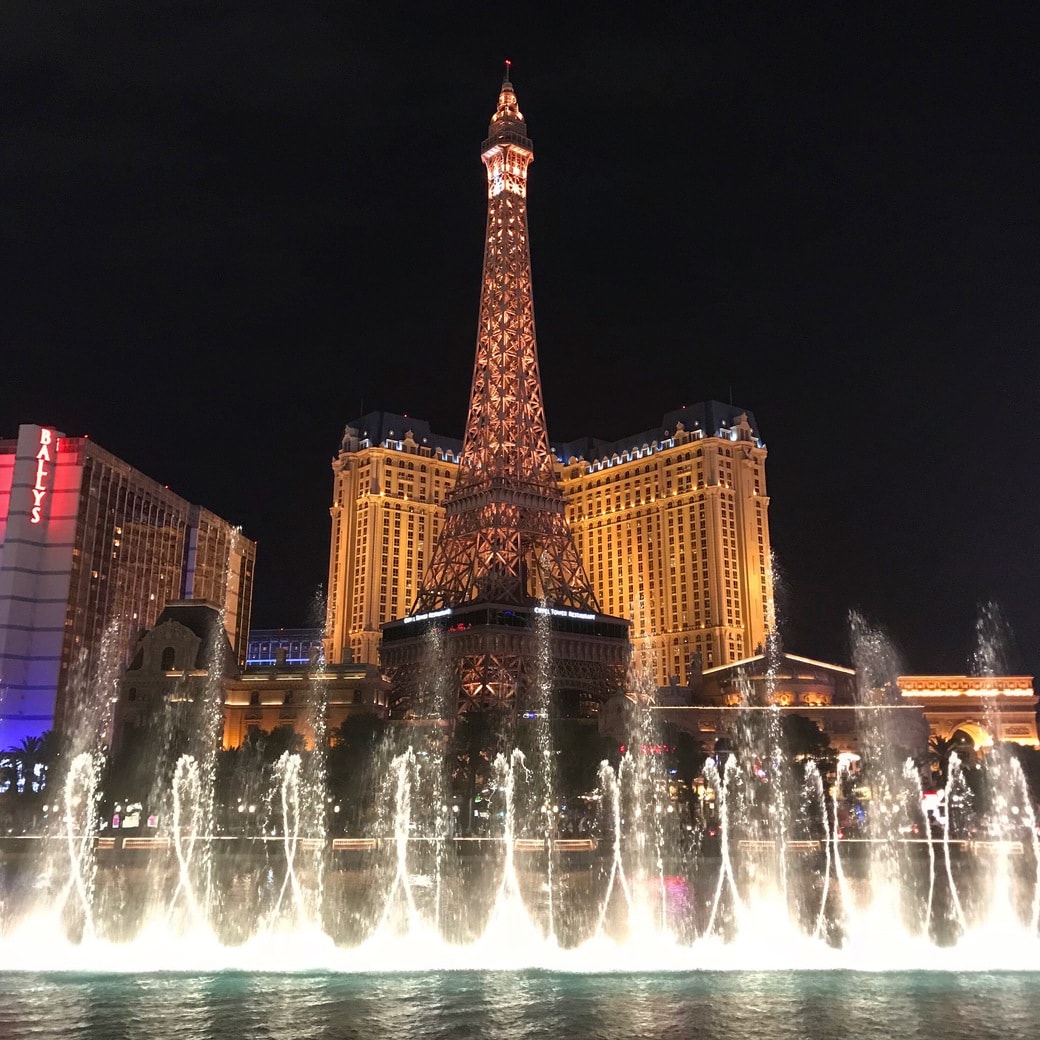 Bunny quite enjoys a ferris wheel ride so she was excited about the prospect of riding the High Roller, the world’s highest observation wheel right off the Las Vegas Strip. Her excitement only grew when she learned about the Happy Half Hour which might just be the best bargain in town where drinks are usually outrageously priced. Basically, you pay 35 USD for a half hour stint on the ferris wheel complete with open bar. Brilliant!

Don't panic if your pod has a lot of people upon entering, Bunny says. The bartender is really fast! Bunny the lush counted 22 people entering the pod with her and nearly despaired, thinking she had been dealt a bad hand. However, half an hour, some sweeping views and four delicious Margaritas later, she was a happy Bunny indeed. 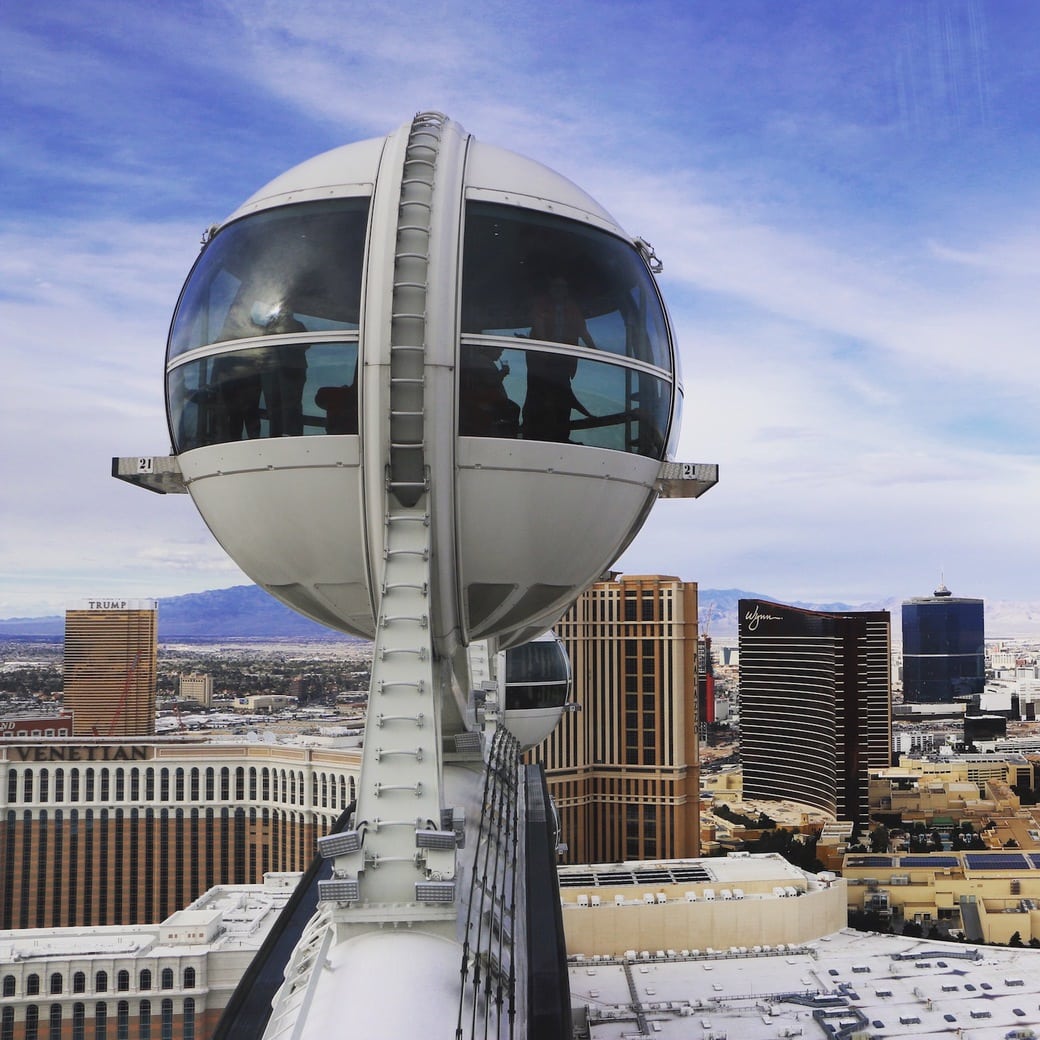 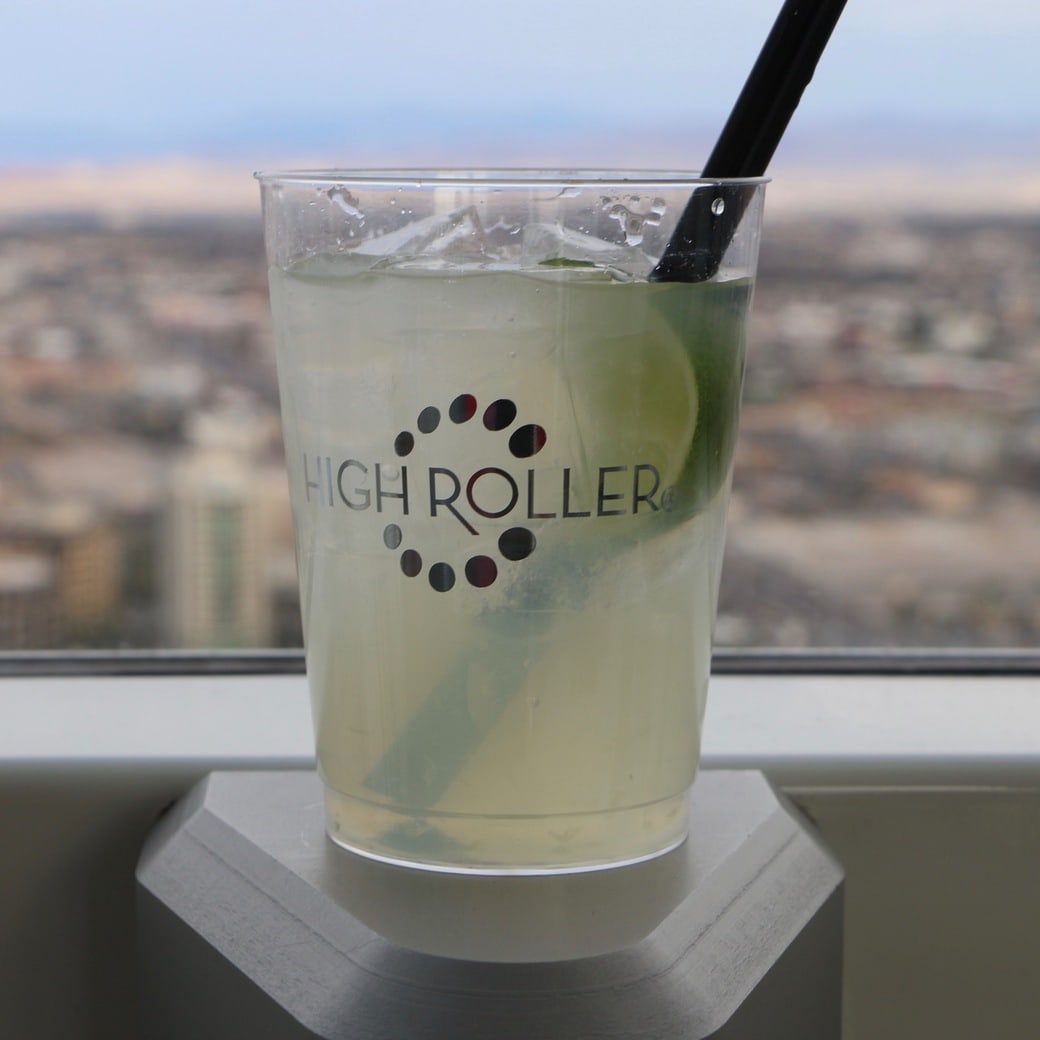 If you’re in Vegas, you need a selfie with the famous Welcome to Fabulous Las Vegas, Nevada sign. No self-respecting Instagrammer should skip this spectacle, Bunny says. Be prepared to queue though.

The sign is a short(ish) walk from the Mandalay Bay hotel, at the South end of the Strip. There's a parking lot and a reasonably well-functioning queueing system for you to get your pose. If you go early enough, you might get it all to yourself. Vegas is not full of early-risers, Bunny says. More like late-stayers. 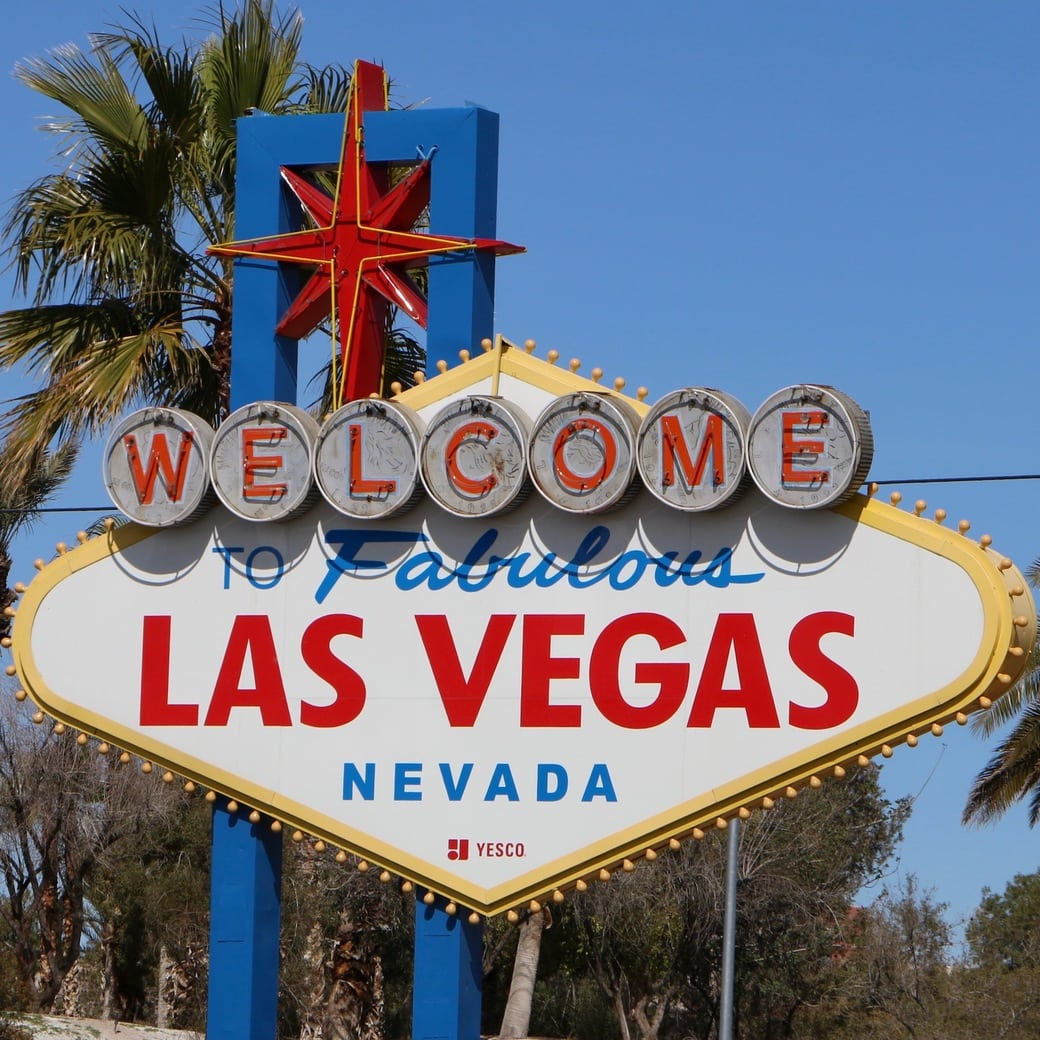 There is one enterprising volcano in the world that has been erupting day after day for more than 20 years. And Mirage Volcano is still a spectacle, spewing fire and lava into the air with an accompanying soundtrack.

The volcano gets active three times a day, at 8pm, 9pm and 10pm. You can witness it directly from the Strip, just in front of the Mirage Hotel. And it’s totally free, Mr. Bunny wants to add.

Visit Italy at the Venetian

Bunny loves Venice! Particularly without the hordes of tourists, which is practically never but one can dream…

If you’ve never been to Venice, you can get a trickle of its magic at The Venetian in Las Vegas. There are canals, opera-singing gondoliers, Italian-inspired bridges and walkways and, of course, Italian restaurants that deliver American versions of Italian food.

This is a nice place to wander around architectural replicas of Italian landmarks, check out some of the shops and admire the passing gondolas with an ice-cream at hand. Even if the weather turns nasty, you will always be under the (fake) blue sky inside the shopping complex. 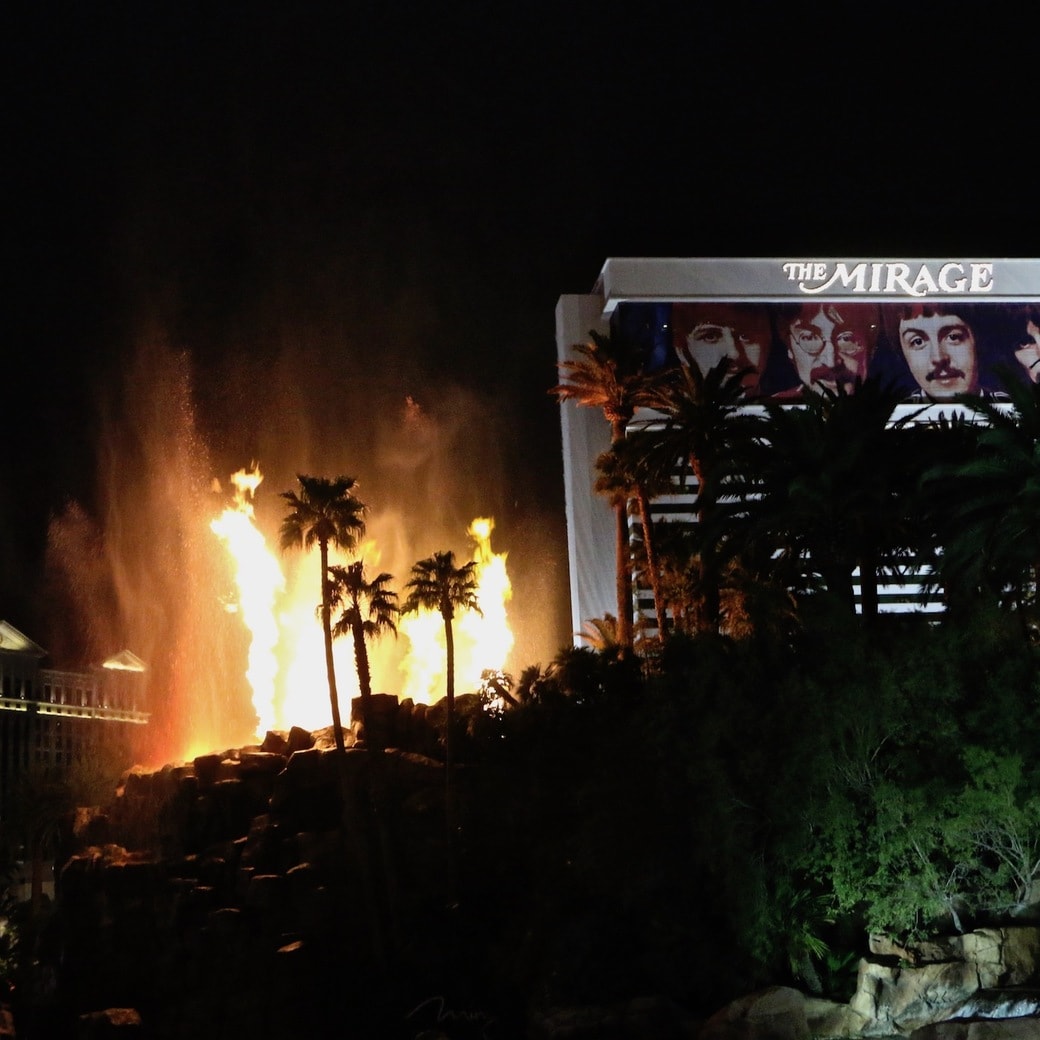 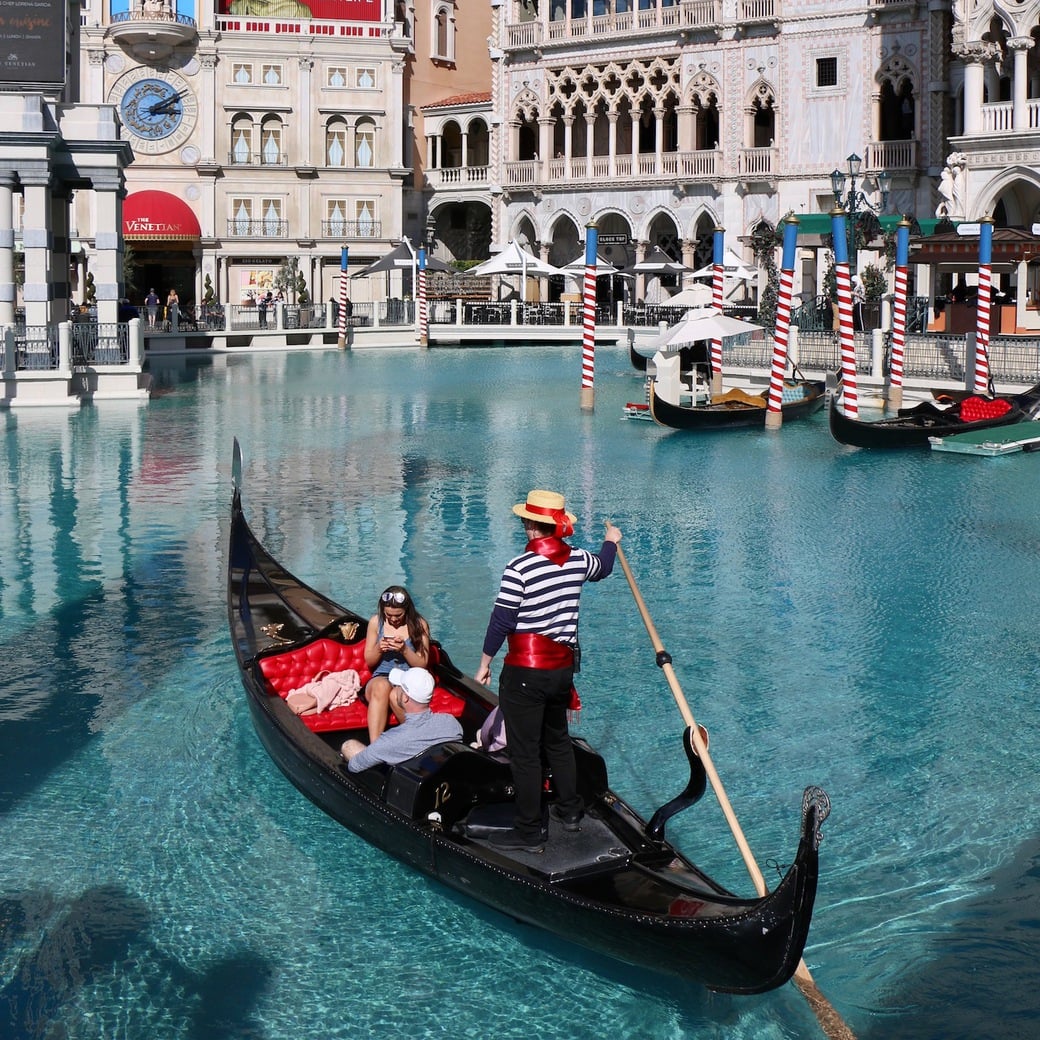 You have to see a show while in Vegas, Bunny says. The selection of shows in Las Vegas is quite possibly the best in the world.

Bunny had a hard time deciding which shows to choose. She was interested in seeing a big Vegas production but the highest-rated shows, such as the aquatic Le Rêve and O, seemed a tad too French for Bunny’s liking. Michael Jackson ONE was tempting but Bunny had just watched Leaving Neverland and felt a bit conflicted.

She ended up picking the Cirque du Soleil show Ka in the MGM Grand. It was a real spectacle. An amazing, lavish production, which included technical marvels and jaw-dropping scenes, just what Bunny wanted to experience in Vegas.

And once Bunny had gotten a taste of the Las Vegas show scene, she wanted more… For her second show, she chose something completely different: Absinthe which is set in a small tent outside Caesars Palace hotel.

Absinthe is an intimate show, mixing cabaret theatre, thrilling acrobatics and outrageous humour. Politically incorrect, raunchy and a bit weird, it was just the ticket for Bunny. Absinthe might not be a show for everyone (tight ass conservatives need not bother, Bunny says), but for Bunny, it was the ultimate Vegas experience. 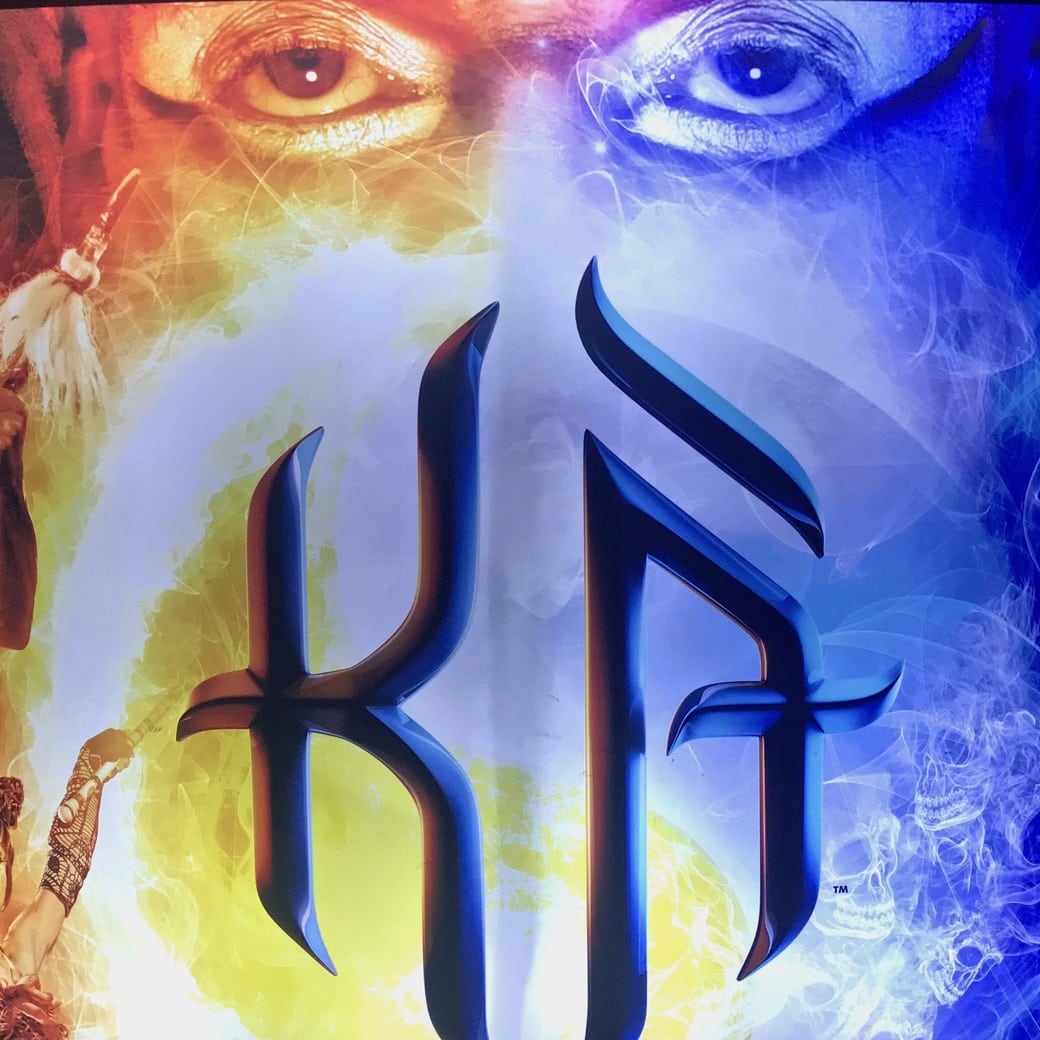 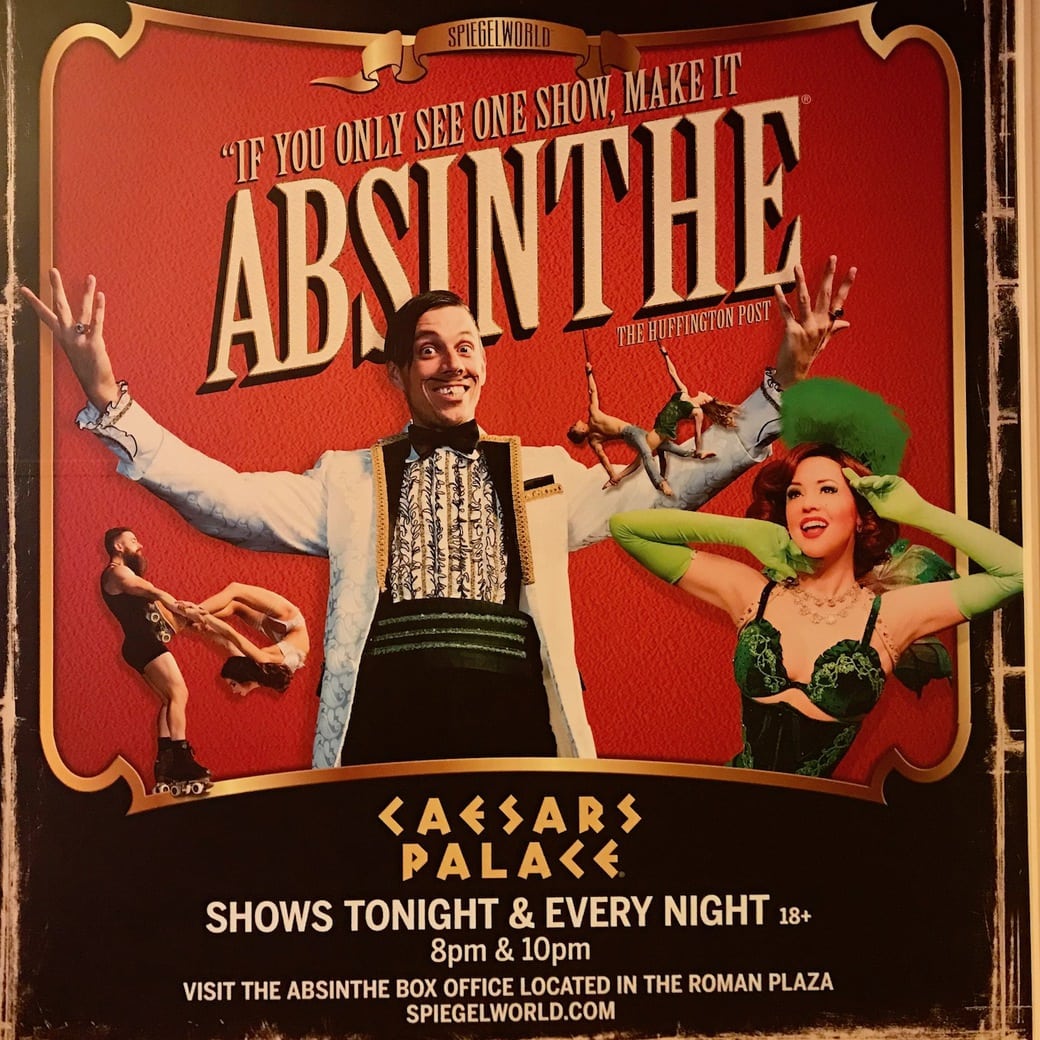 There are plenty of things to enjoy for free in Las Vegas. Fremont Street Experience is one of the classics. This five-block pedestrian street in Downton Las Vegas (the old downtown, not the Strip) is covered by a 400-meter long canopy made of the world’s largest LED screen.

At showtimes, these screens light up for a loud, exhilarating show played above your head. It is an impressive experience, Bunny says.

Just remember: the LED show is displayed in the evenings only, usually hourly starting from 6pm. The first time Bunny visited Fremont Street she went during the day and was a bit underwhelmed, not understanding what the fuss was about. Don’t repeat Bunny’s mistake. 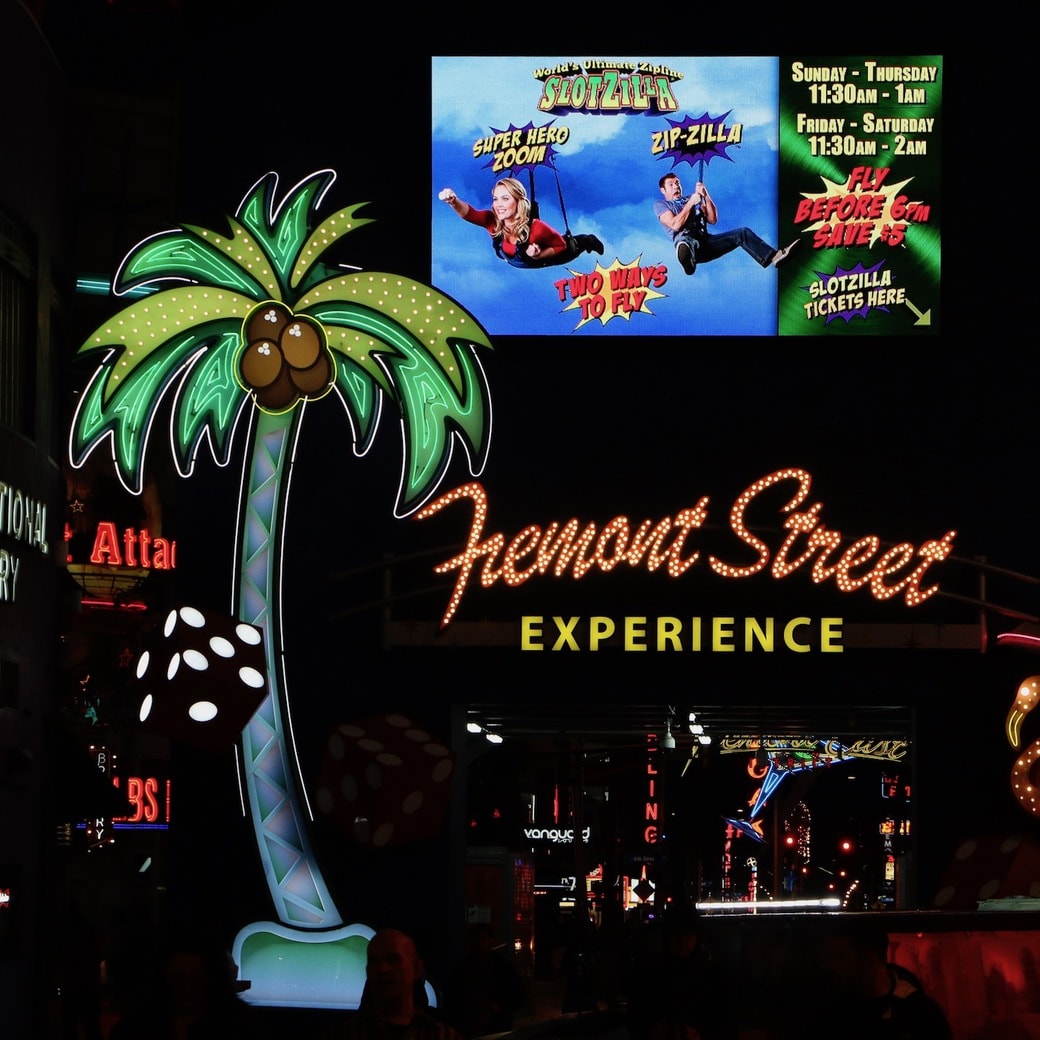 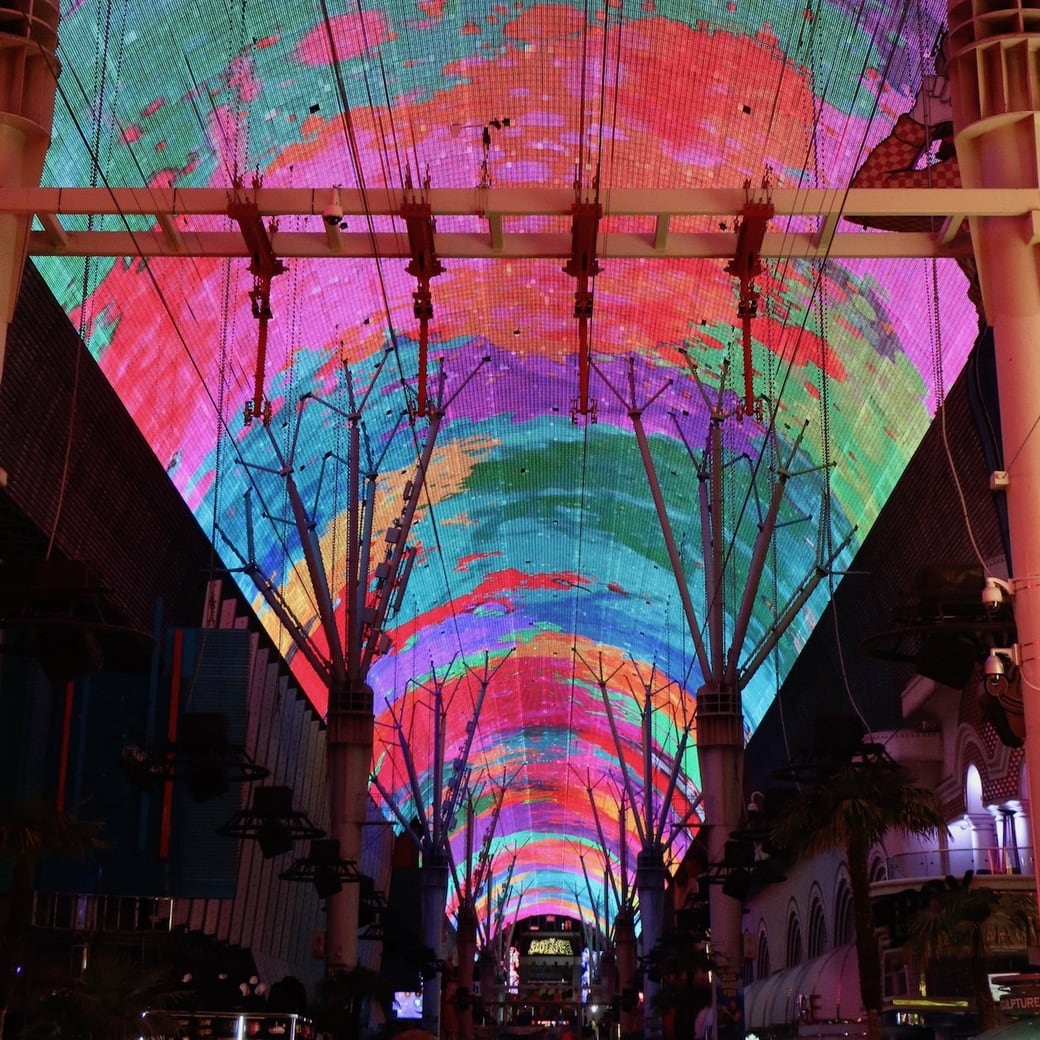 While checking out Fremont Street Experience, you should also pop by the neighbouring Container Park. There is a giant, fire-breathing, metal praying mantis to greet you at the entrance.

The Container Park has a nice, Londonesque, atmosphere with its indie shops, pubs and vegetarian-friendly eateries, Bunny says. She had her first hot dog in 20 years at Cheffini’s in the Container Park. Go for the vegan Moshi Moshi hot dog with jalapeños, seaweed and caramelised onion. It’s delicious!

And speaking of vegan, Bunny’s favourite Las Vegas restaurant, VegeNation, is just a short hop from the Container Park. Try the buffalo cauliflower wings in this plant-based gem of a restaurant. It was the best cauliflower Bunny has ever eaten!

Bunny was impressed by the number of things to see and do in Vegas for free. It can be a very expensive city, for sure, but you can also enjoy yourself without spending much.

One of the cool things for Bunny was the fact that you could wander into all the fancy hotels and marvel at their surroundings without anyone bothering you. Most of these hotels have casinos so they positively want you to come in, gawk around and, ultimately, give them your money in one form or another. Beat them at their game and enjoy all the sights and sounds without paying for anything, Bunny says. 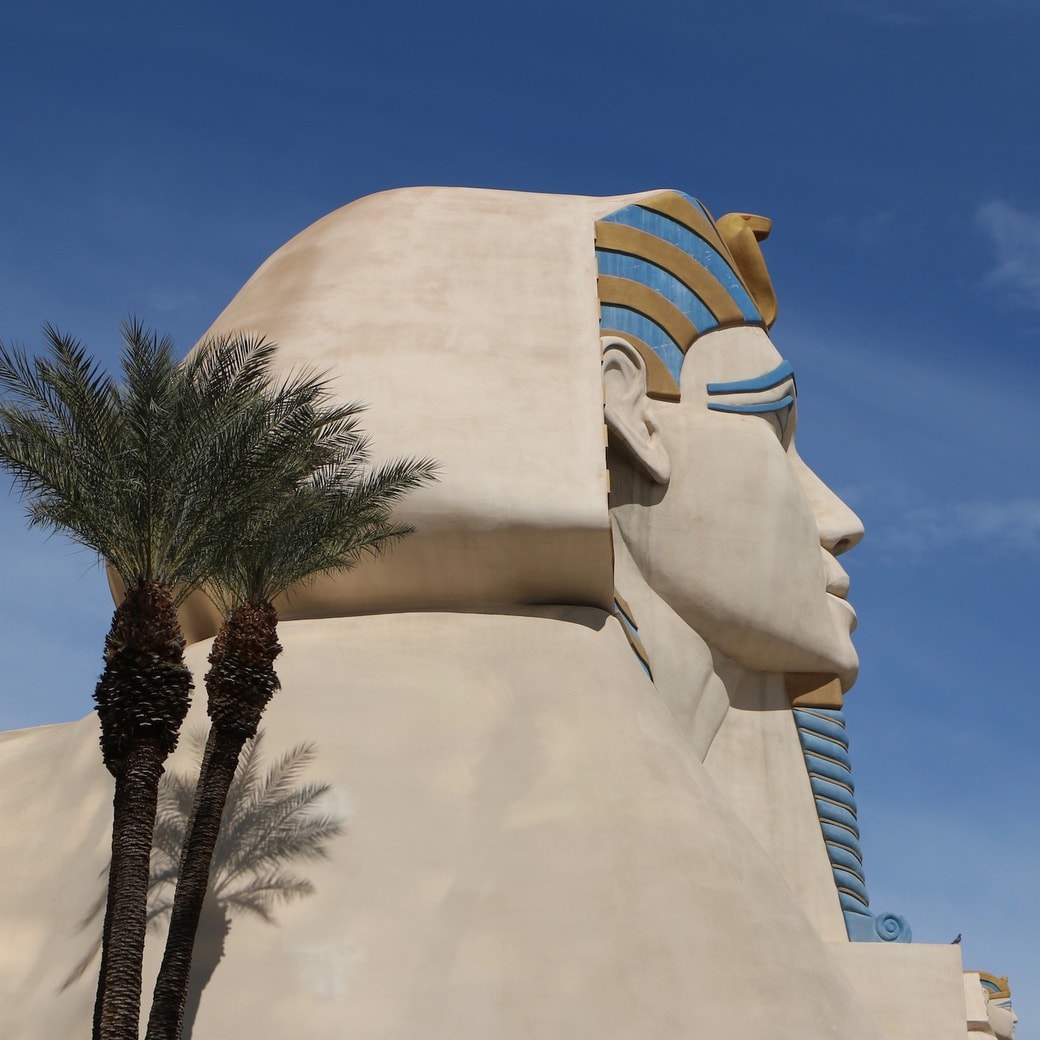 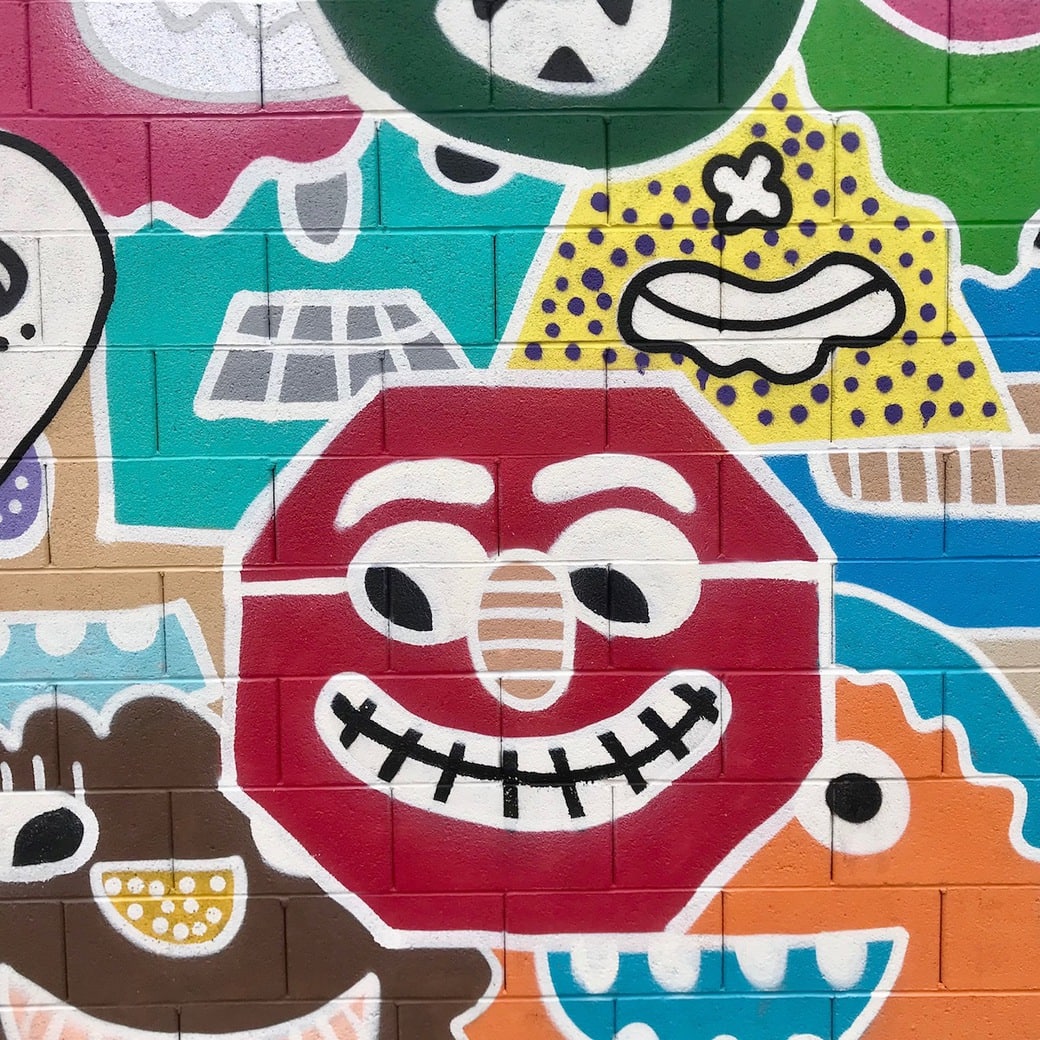 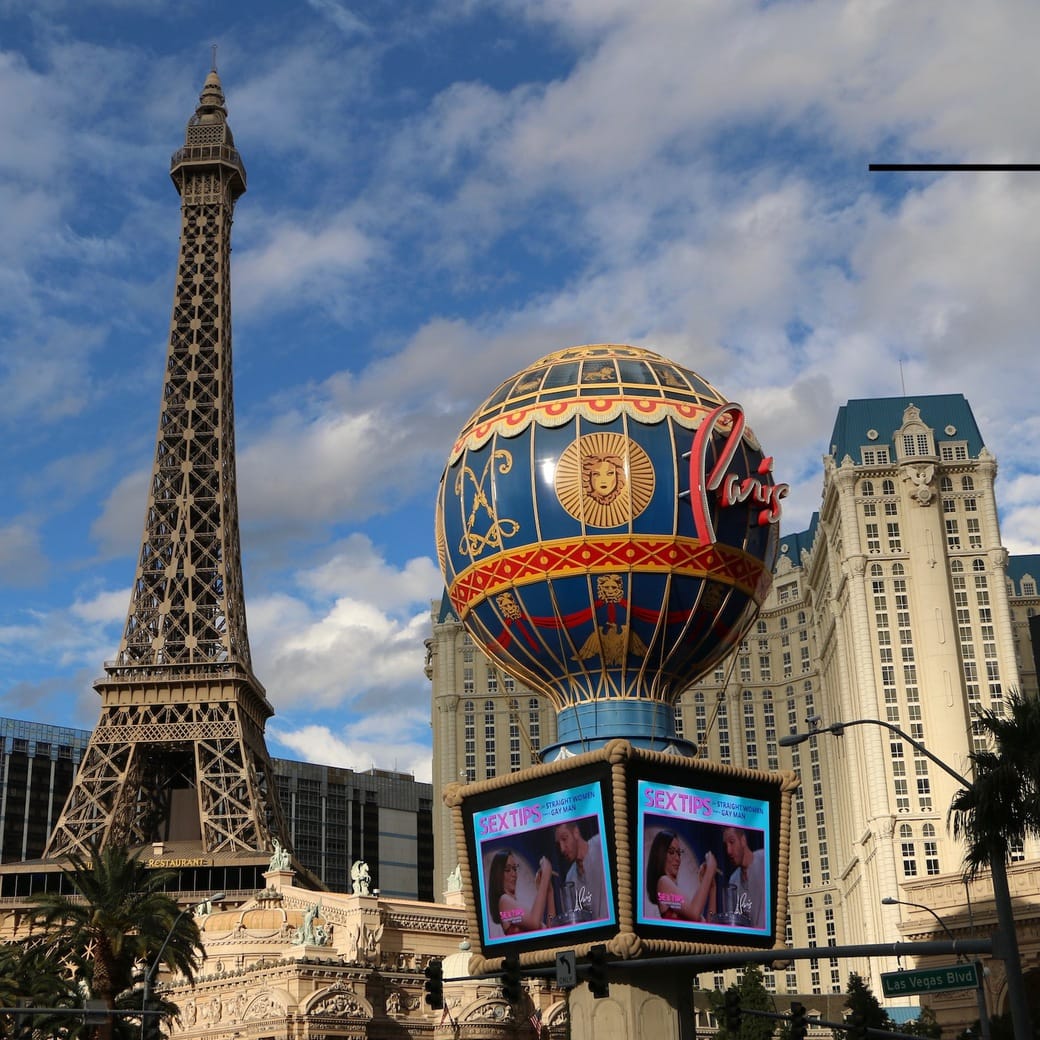 Where to Stay in Vegas in Winter

You will have to stay on the Strip to get the full Vegas experience, Bunny says. Vegas is full of hotel deals at any time of the year so you are spoilt for choice.

Bunny wanted to have a classy, rather than an affordable, experience, so she opted for Four Seasons Las Vegas. Four Seasons is one of the rare hotels on the Strip that doesn’t have a casino, although it is attached to Mandalay Bay, which, of course, has casinos galore.

Bunny wanted a quality hotel with great views, but preferably a bit removed from the hustle and bustle of the Strip. Four Seasons fit the bill perfectly. It is a beautiful hotel, with great service, excellent breakfast, a sublime spa and easy access to the Strip when you need it. Full five stars from Bunny! 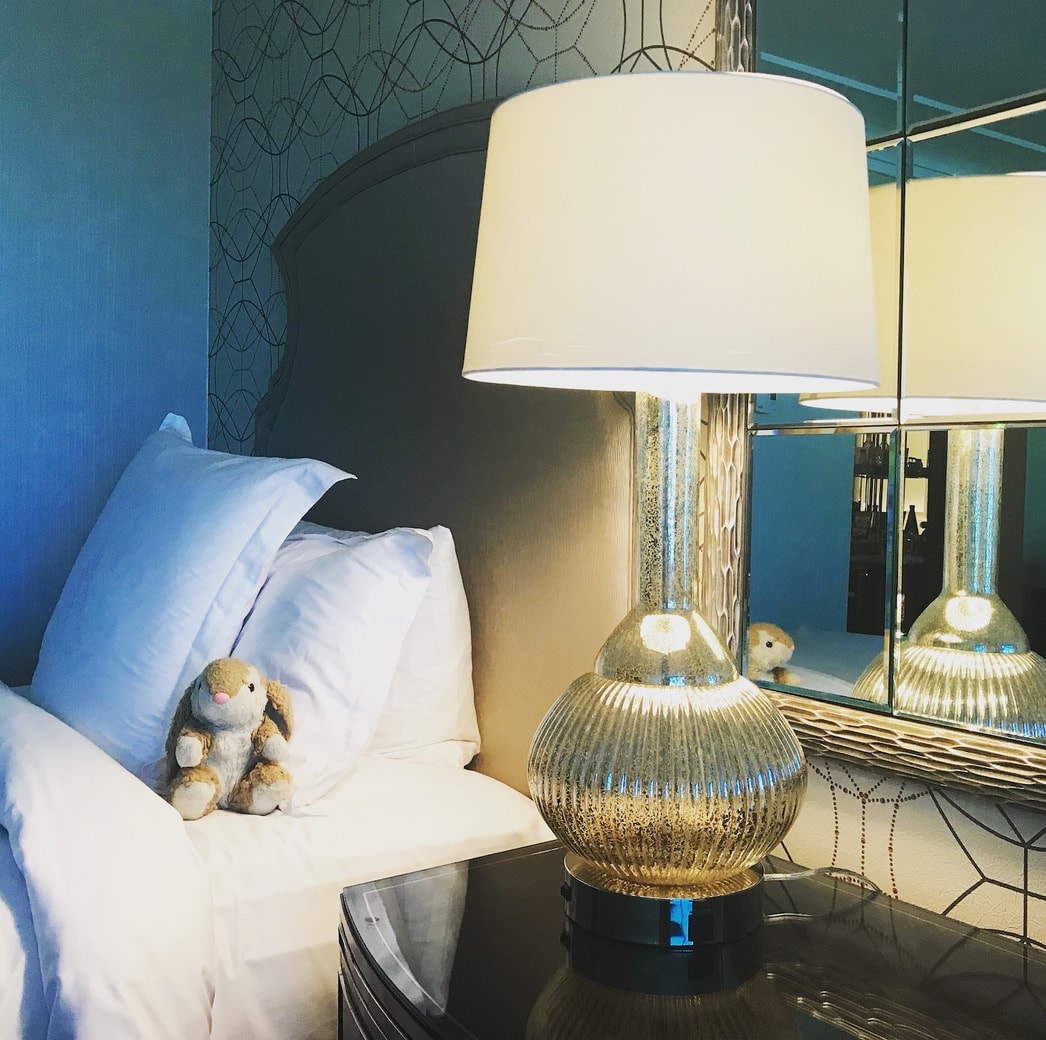 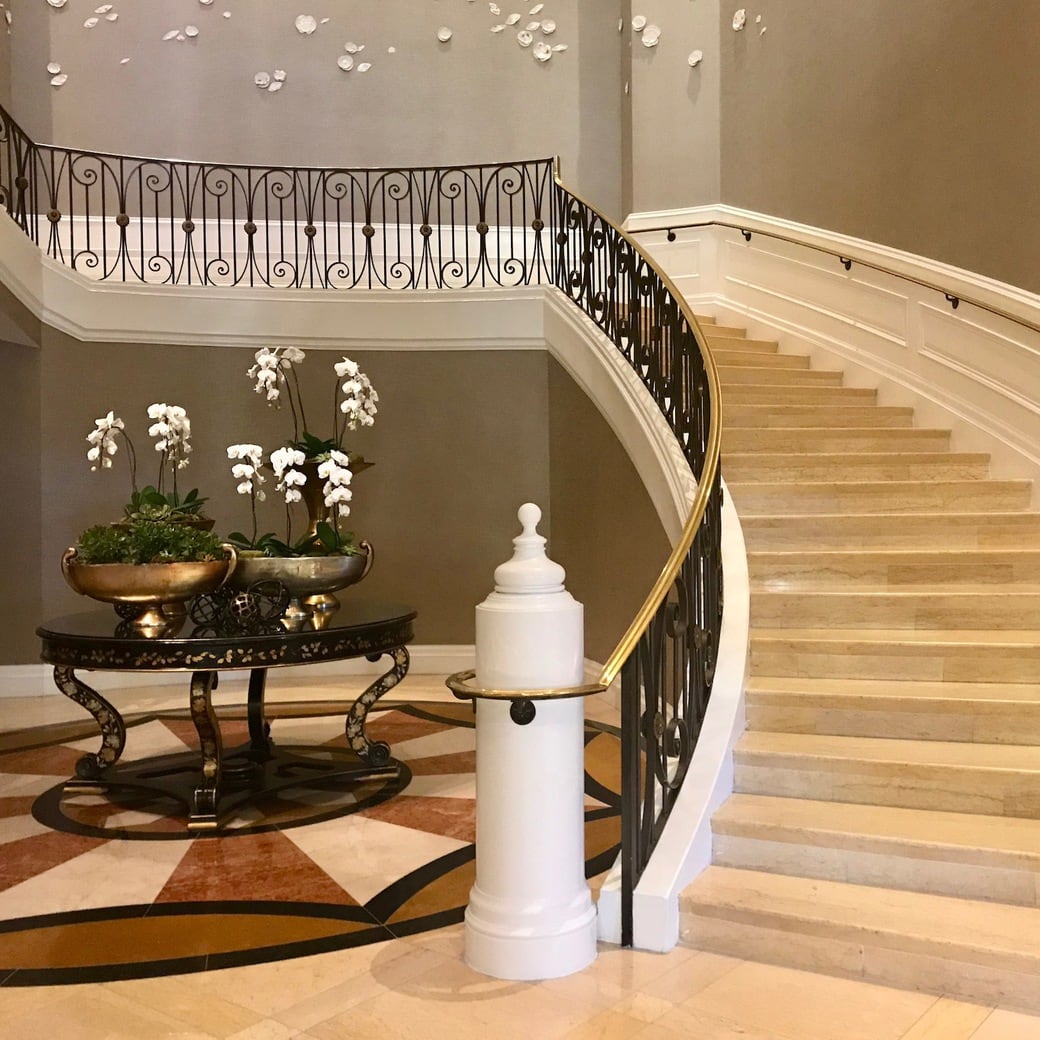 Tipping! Pay people decent salaries, for god’s sake! The tipping system in the US feels like institutionalised robbery to Bunny. Sometimes you are expected to tip even at restaurants that add an automatic service charge to your bill. Ugh you.

There is so much to see and do in Las Vegas that you do not have to set foot in a casino if you don’t want to. Summer or winter, Vegas has something for every season and eventuality. Bunny would be happy to return even in the dead of winter.

And even if you get tired of Vegas one day, it is a great base for some amazing day trips nearby. Stay tuned for Bunny’s upcoming blog post on best day trips from Las Vegas!