Alternative to The Wave in Coyote Buttes 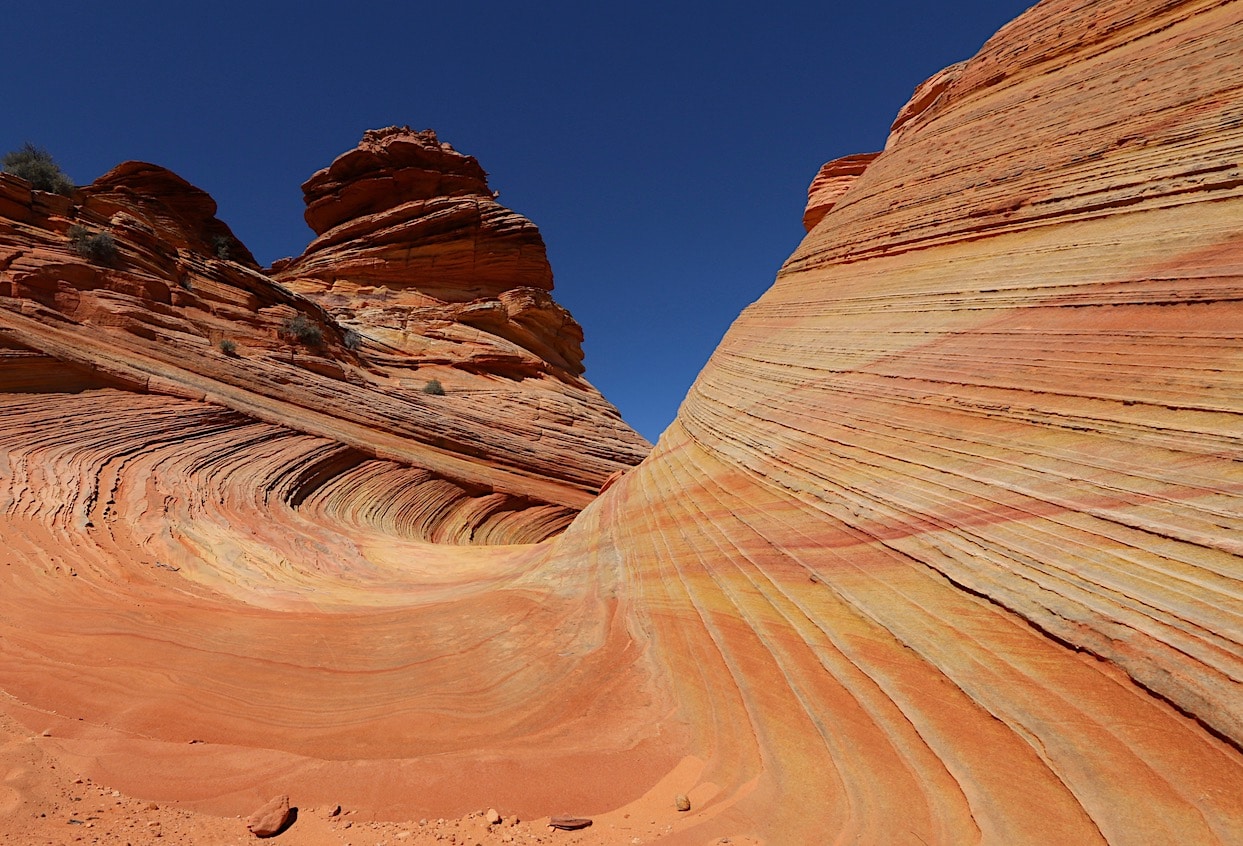 You have probably seen photos of The Wave, even if you have no clue where or what it is. The Wave became an internet sensation in 2009 when Microsoft launched Windows 7, using photos taken at The Wave for its desktop wallpaper.

The popularity of The Wave exploded soon afterwards, further helped by the launch of Instagram a year later. Soon, tourists from all over the world started flocking to the Coyote Buttes North Special Management Area on the Arizona-Utah border to explore and photograph this remarkable sandstone formation.

The authorities had to establish a strict regime for hiking permits to preserve the fragile nature of the environment. Today, only 20 visitors per day are allowed to visit The Wave. Thousands more, including Bunny, are denied on a daily basis.

Luckily for Bunny and the other hapless visitors, there is a great alternative nearby. Read below about Bunny’s experience in very similar scenery in Coyote Buttes South. 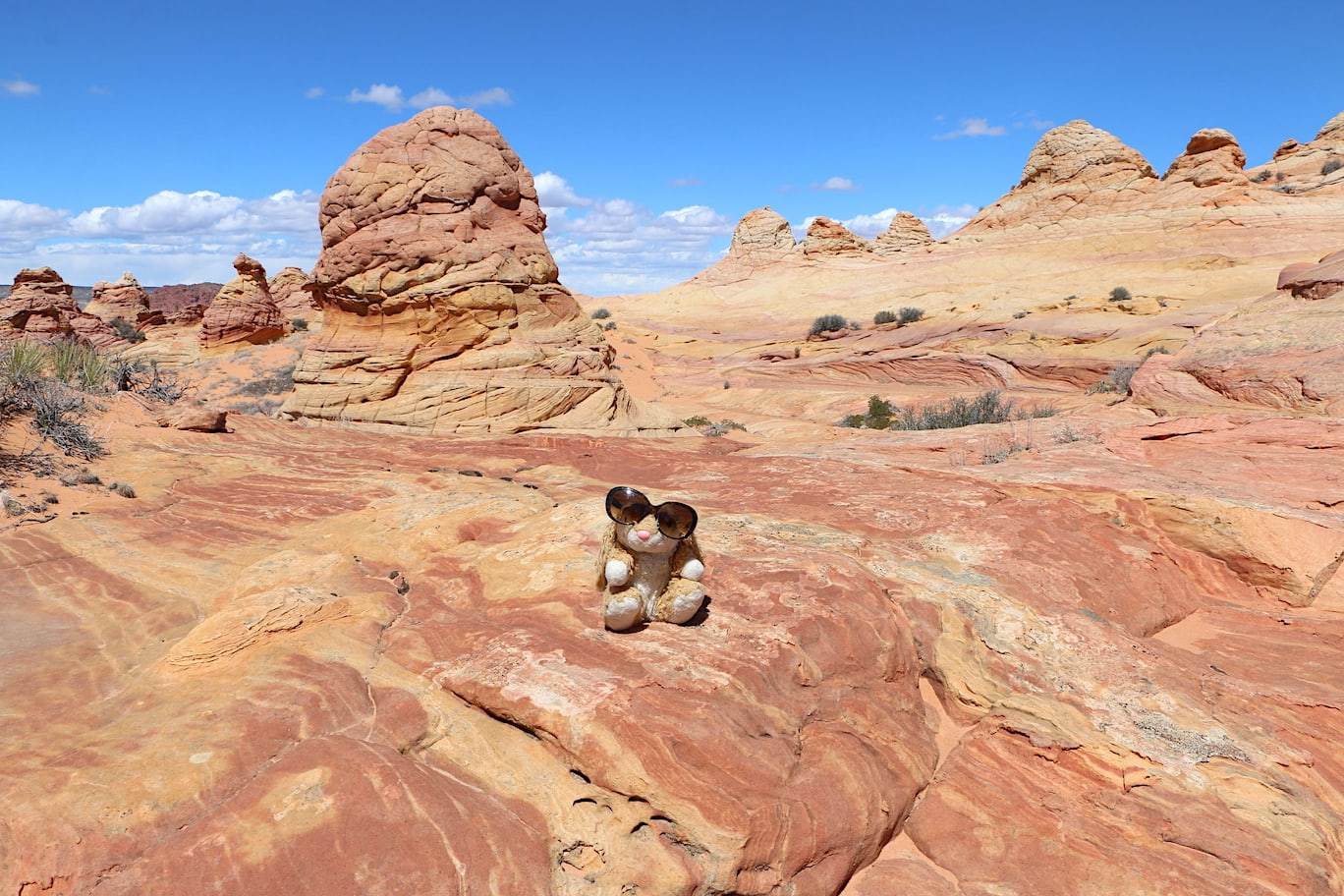 What is The Wave in Coyote Buttes AZ?

The Wave is a small section of the Coyote Buttes North Special Management Area in the Vermillion Cliffs National Monument on the Arizona-Utah border in the Southwest USA. 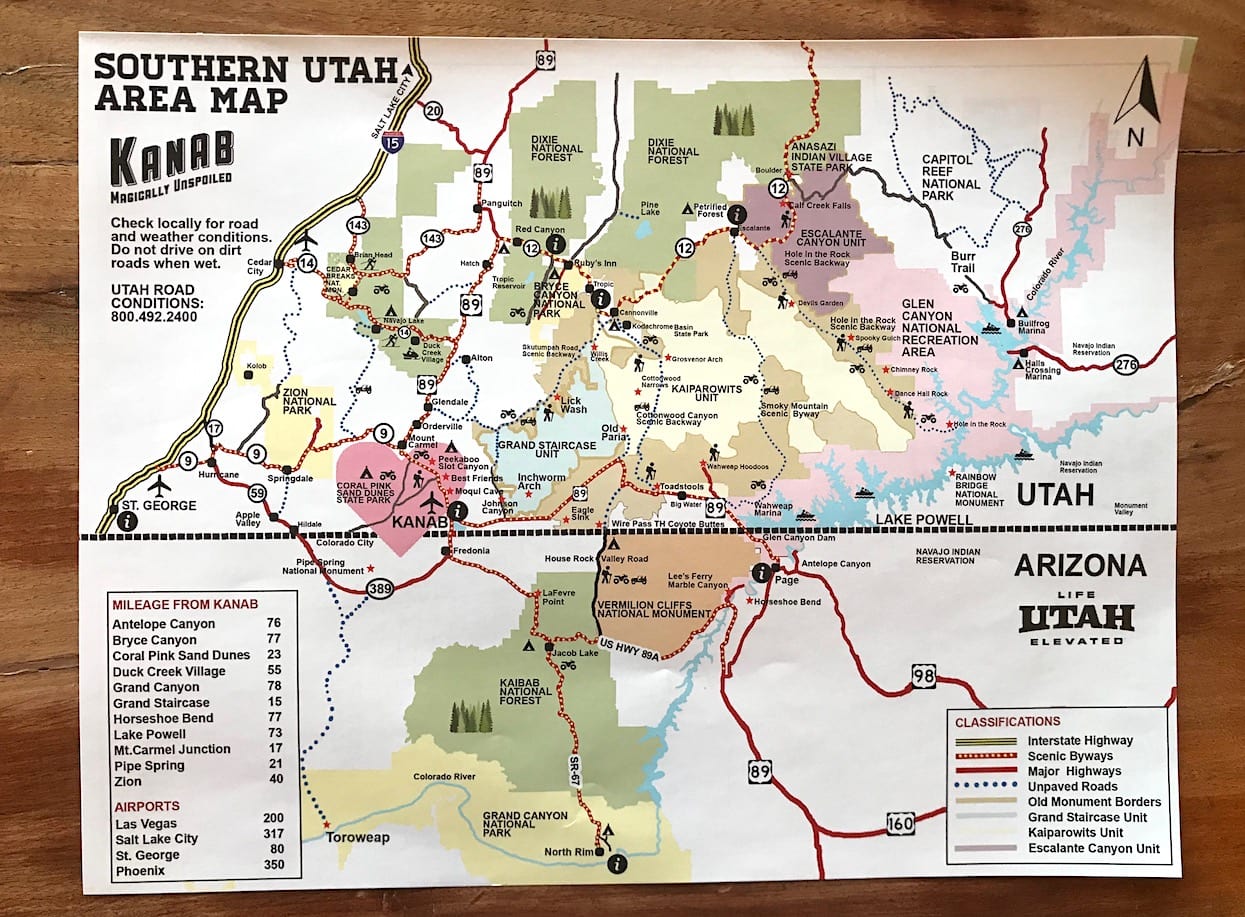 The area around The Wave is a geological marvel of an otherworldly sandstone formation with swirling bands of colours created by slow erosion by wind and rain over the years. Its peculiar, undulating form lends to some great travel photography which has added to its popularity. 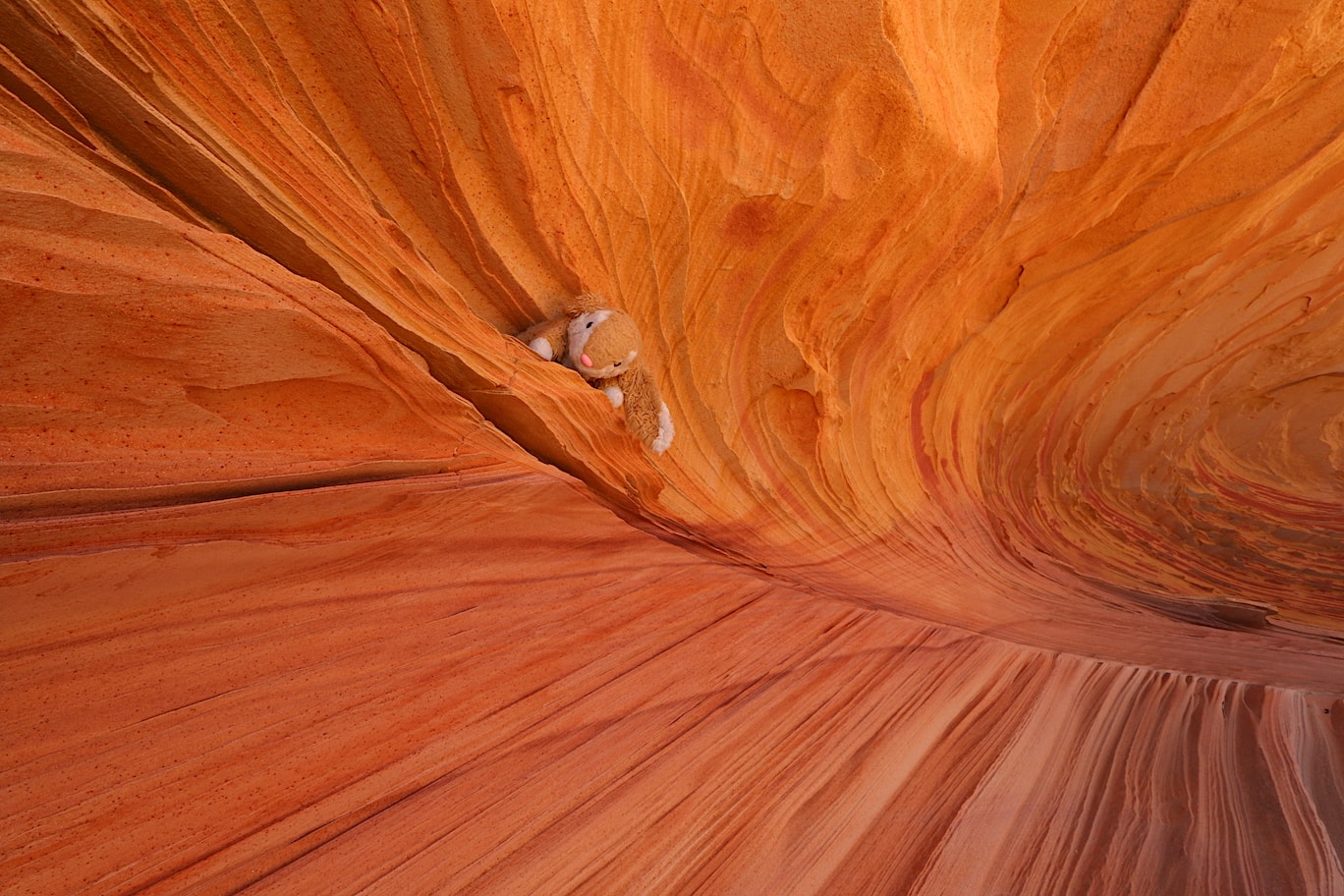 You will have to have a hiking permit to experience The Wave. A mere 20 hiking permits are issued per day. Half of the permits are distributed via an online lottery system (4 months ahead of the day), while the other half are issued at a walk-in lottery the day before.

It is very difficult to get a permit for The Wave. Just ask Bunny. She first tried her luck online, with up to 2000 other people entering the lottery daily, and then even showed up as a walk-in at the BLM Visitor Center in Kanab (Utah) where the lottery is organised every morning - all to no avail. 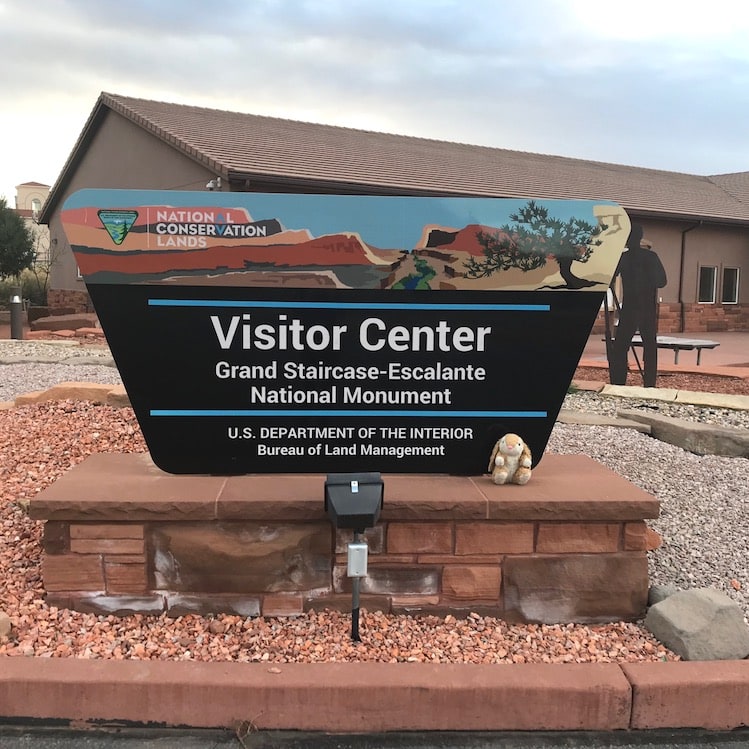 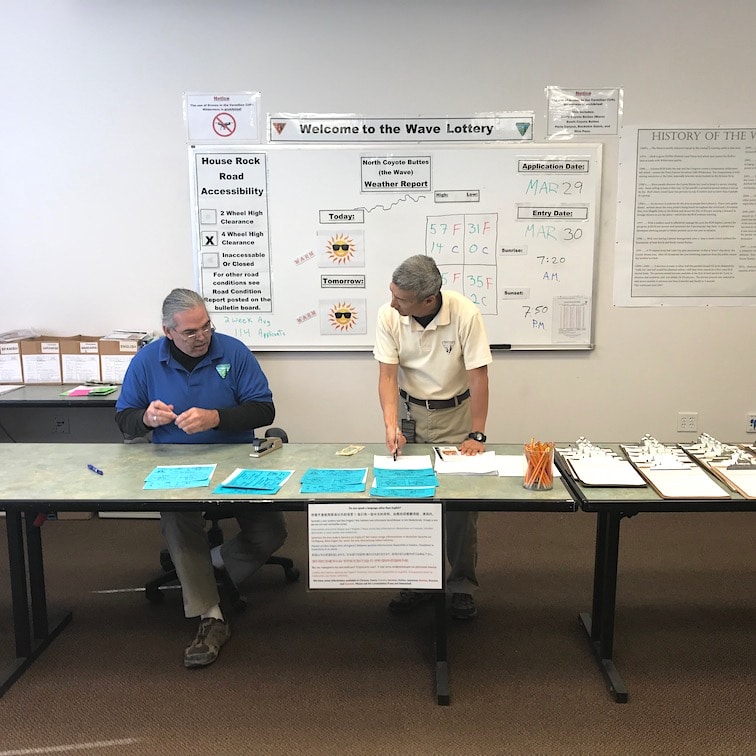 Luckily, Bunny had done her research in advance and hung out at the BLM Visitor Center after the lottery had concluded. She knew that there would be a second lottery shortly afterwards, issuing permits to Coyote Buttes South, which many claim is just as impressive as The Wave, only less-known.

And Bunny was lucky enough to secure a permit to hike Coyote Buttes South the following day. She had already made arrangements with Paria Outpost & Outfitters, a long-standing tour company in the area, to go on a private hiking tour the following day - the exact destination pending the outcome of Bunny’s success at the lottery. Smart Bunny, no? 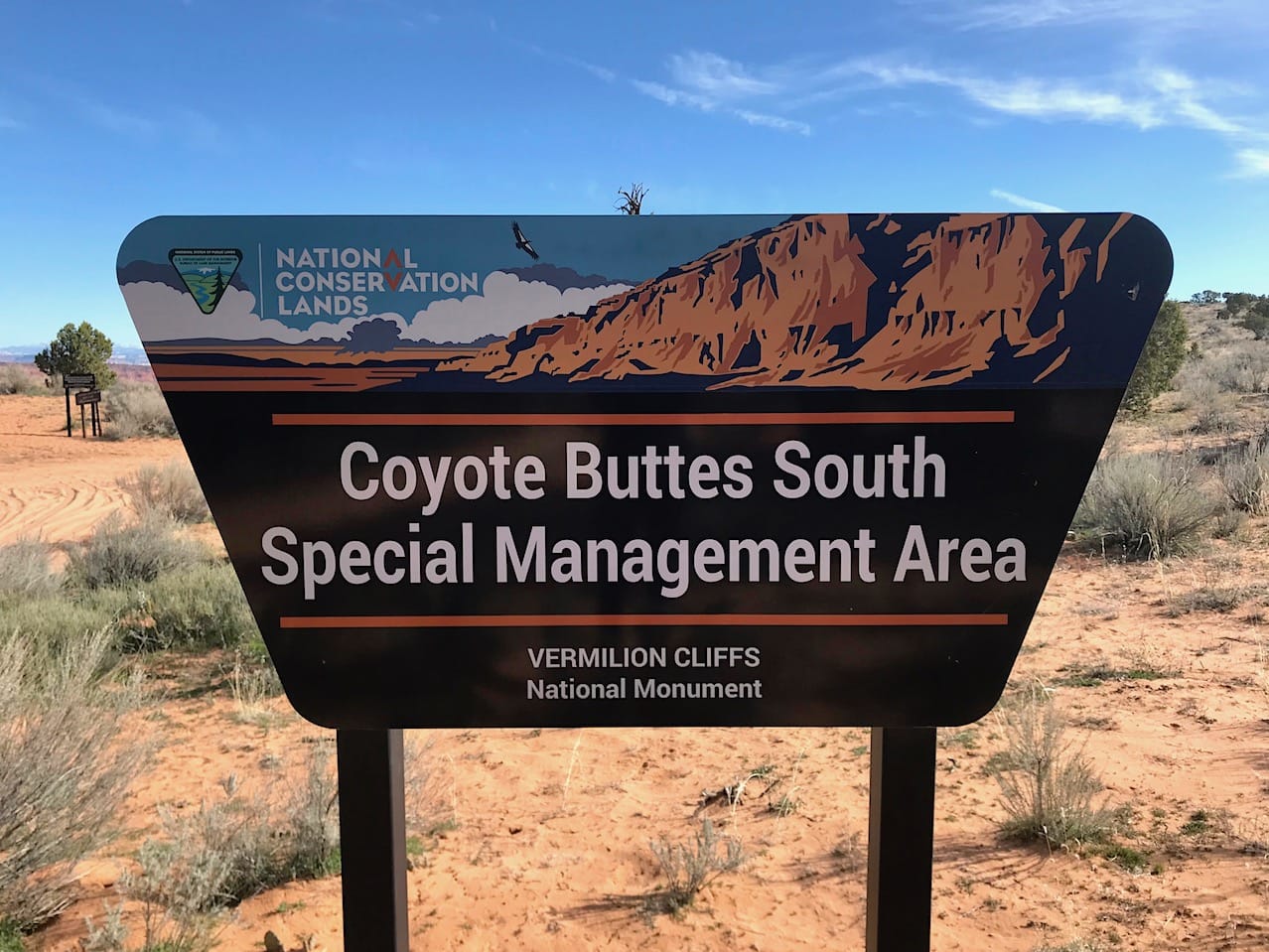 Coyote Buttes is part of the Paria Canyon-Vermilion Cliffs Wilderness Area, established in 1984. It is divided into two parts: Coyote Buttes North (where The Wave is located) and Coyote Buttes South. Both areas have spectacular scenery, peculiar geologic formations and outstanding hiking opportunities.

Coyote Buttes South is challenging to access, even with a four-wheel-drive high clearance vehicle and has no designated hiking paths. It is a remote wilderness area that Bunny would not attempt to conquer on her own - hence the guided tour. 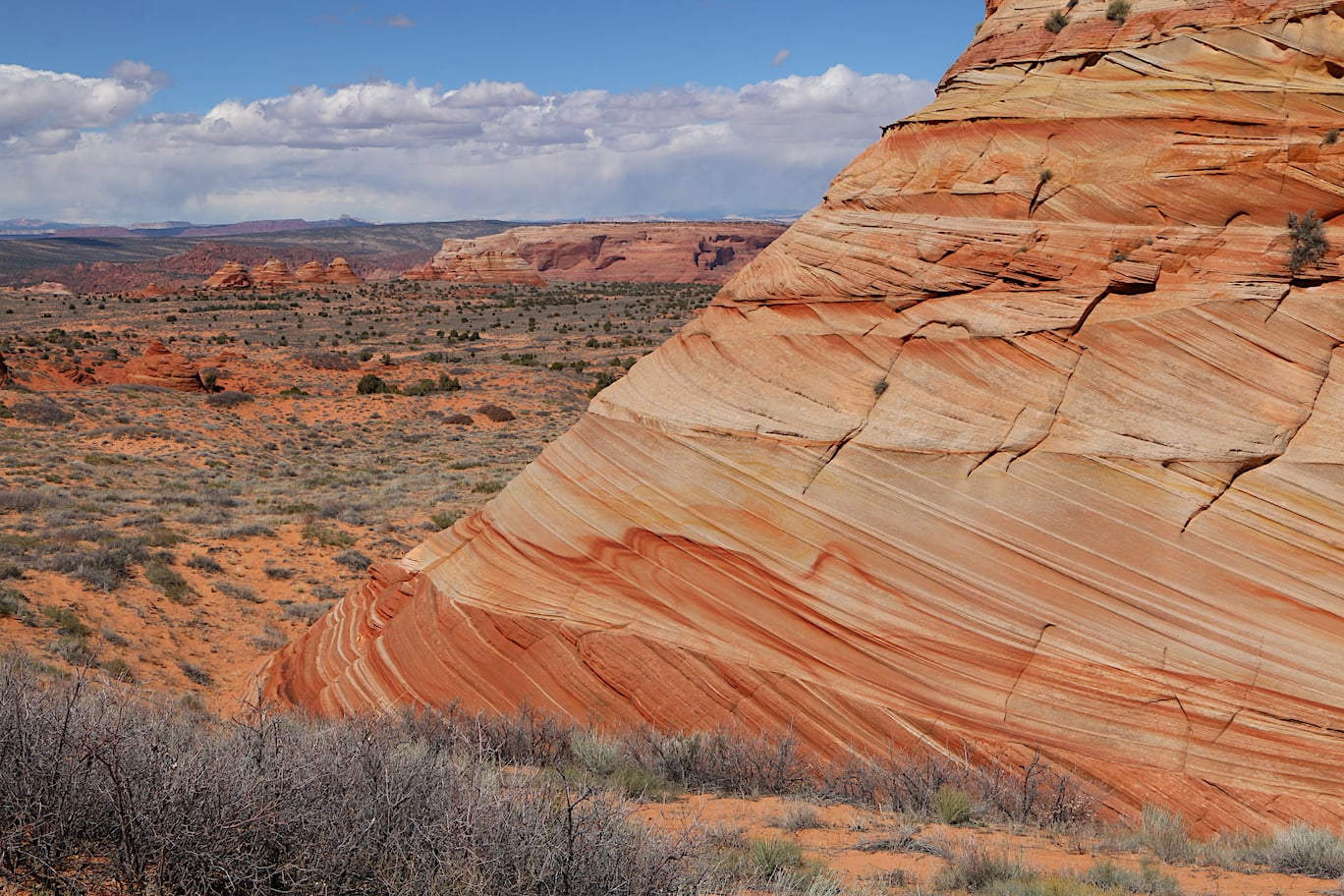 Paria Outpost & Outfitters offers a number of options for guided tours and hikes in the Vermilion Cliffs and Grand Staircase National Monument area. Unlike other tour companies, their offices are located just off Highway 89 North, practically at the footsteps of the tours.

The Bunnies were staying in Kanab, Utah, and drove to Paria Outpost on the morning of their hike. At the offices, they met Dallas, their guide for the day, and another lady taking part in the tour with them that day. They also collected their packed lunch (vegetarian by request) and drinks for the trip before setting off to explore Coyote Buttes South. 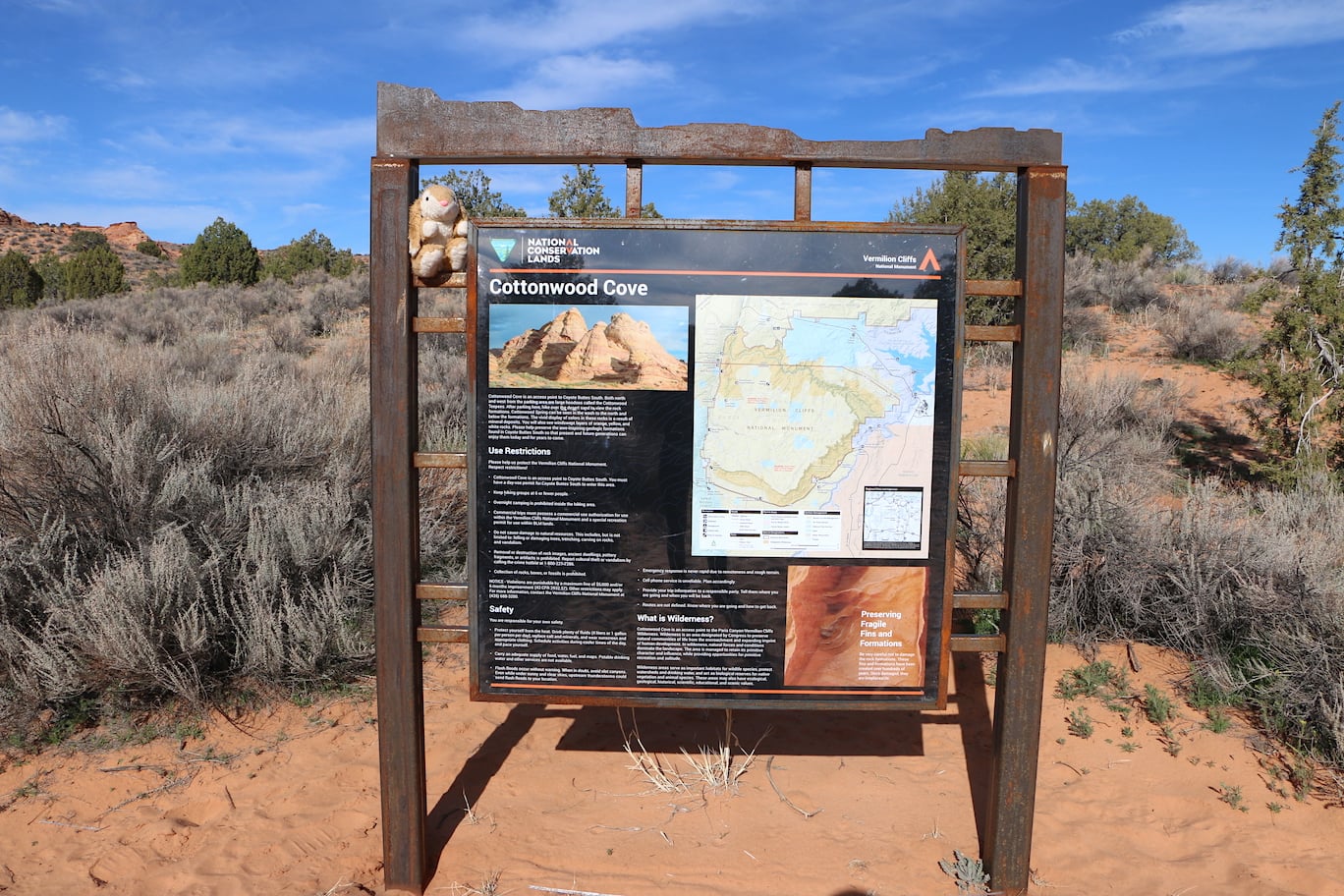 Dallas took the Bunnies to Cottonwood Cove, which was accessed through almost impassable deep sand roads and some rugged scenery. Bunny was very happy not to be behind the wheel!

Once they started hiking, the true marvel of the scenery started to slowly unfold. Apparently, Coyote Buttes South is the biggest and most colorful place in the entire area, even surpassing the North Coyote Buttes in both size and colour. 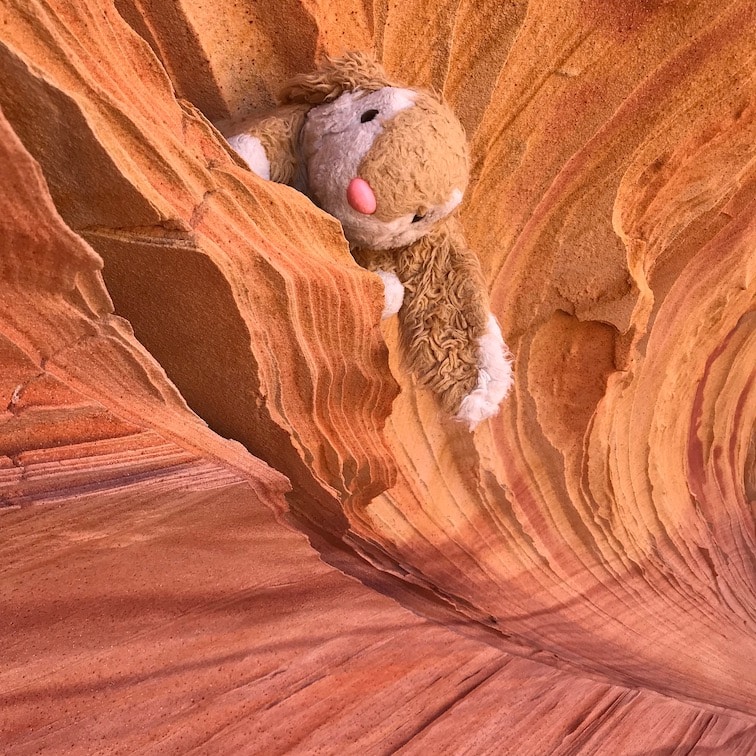 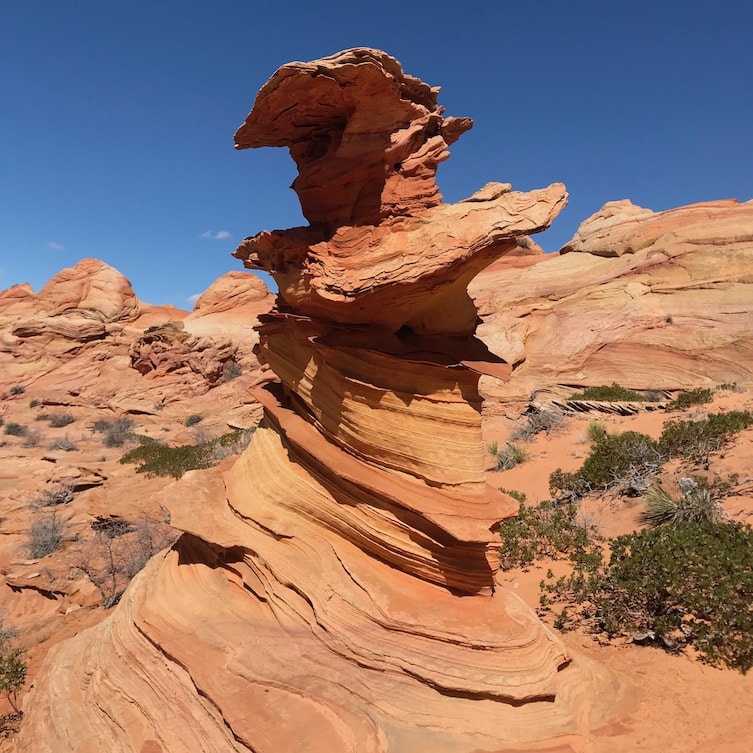 There were large hoodoos called Cottonwood Teepees, mini arches, balancing rocks and other awe-inspiring geologic formations and dazzling displays of colour caused by mineral deposits. Bunny had never even heard of some of the formations, such as the thin, delicate sandstone fins that have taken hundreds of years to form but were particularly susceptible to breaking. Careful where you step, Bunny says! 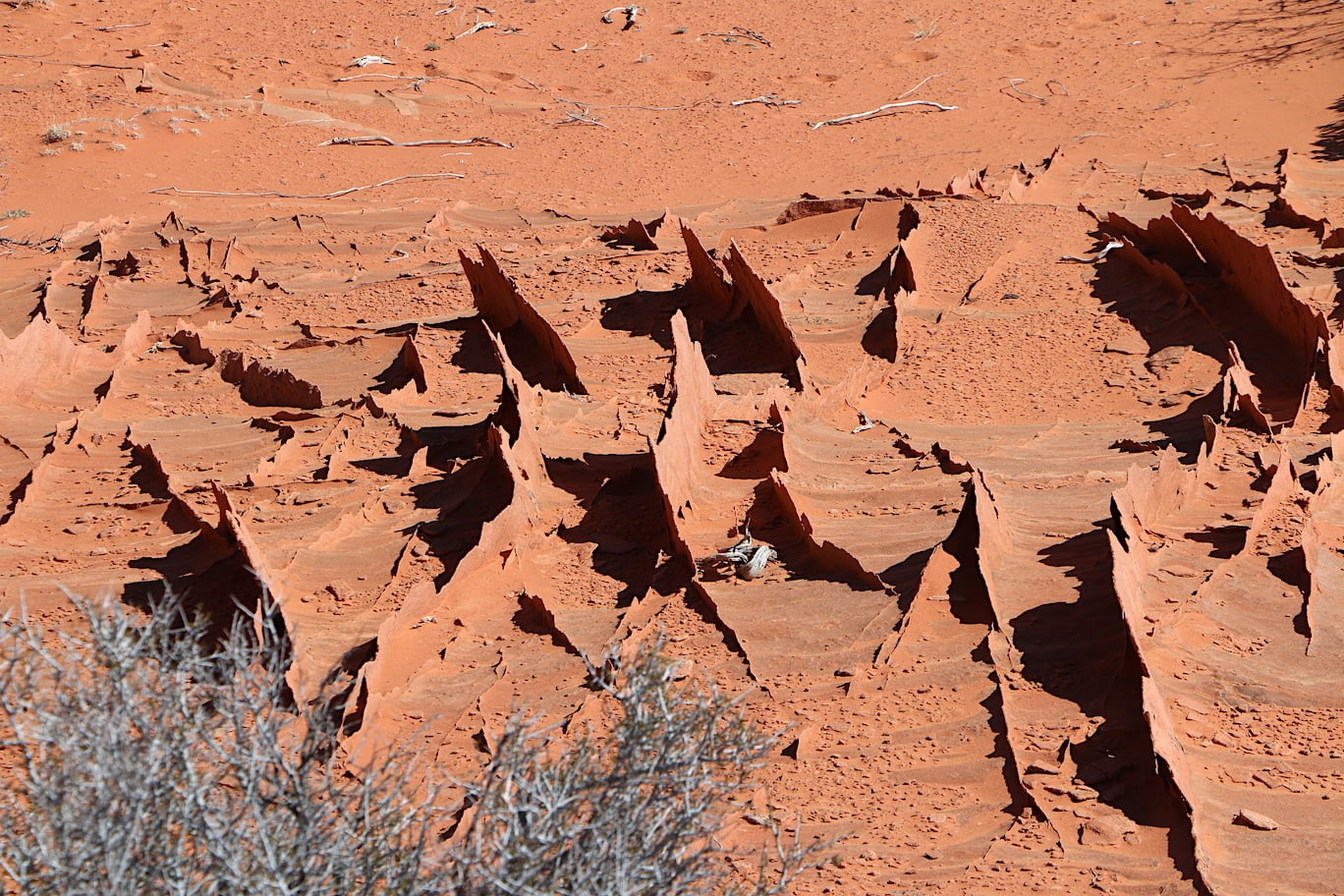 Dallas was a wealth of information and experience. He had interesting stories and anecdotes to tell and a lot of expertise about the many geological elements the Bunnies came across during the hike. There were even some clearly visible dinosaur footprints to gawk at! 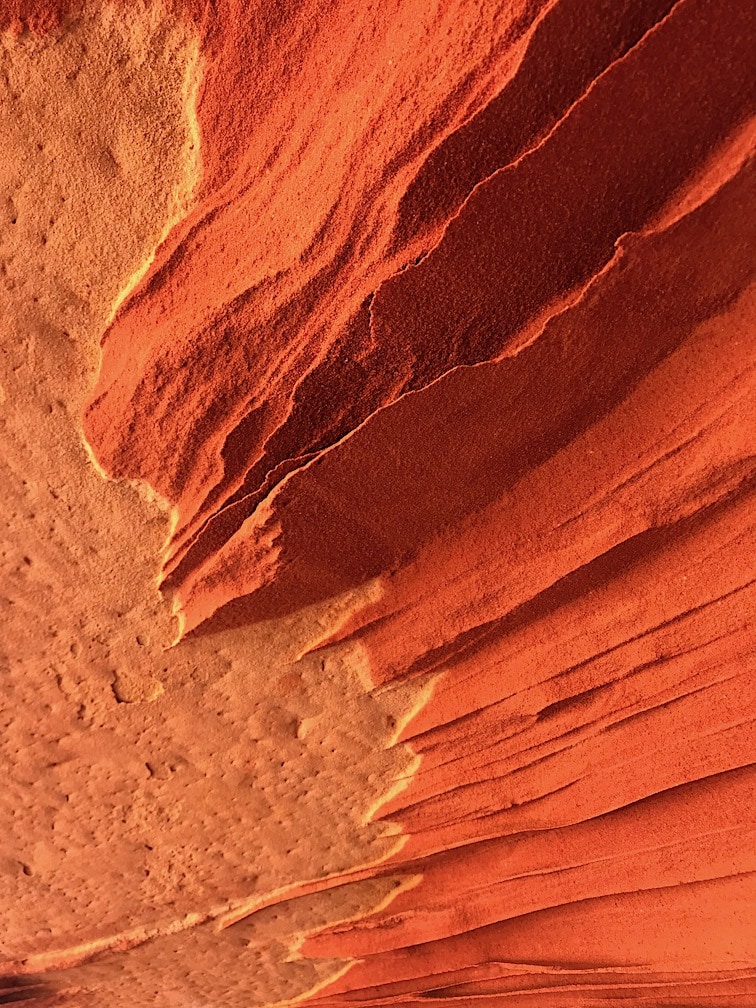 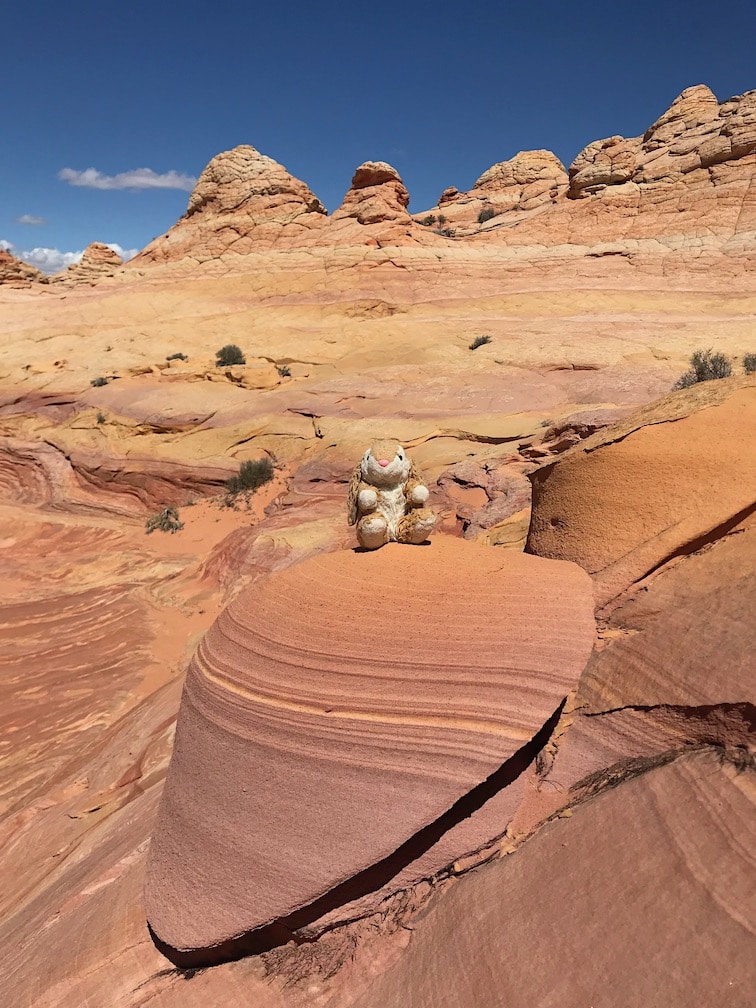 Without a guide, Bunny would have walked past too many hidden gems whereas Dallas gladly shared all his favourite nooks and crannies of the area. Dallas also had a keen interest in photography as he had a number of great suggestions for the best angles and compositions for photos. He was definitely a guide to Bunny’s liking! 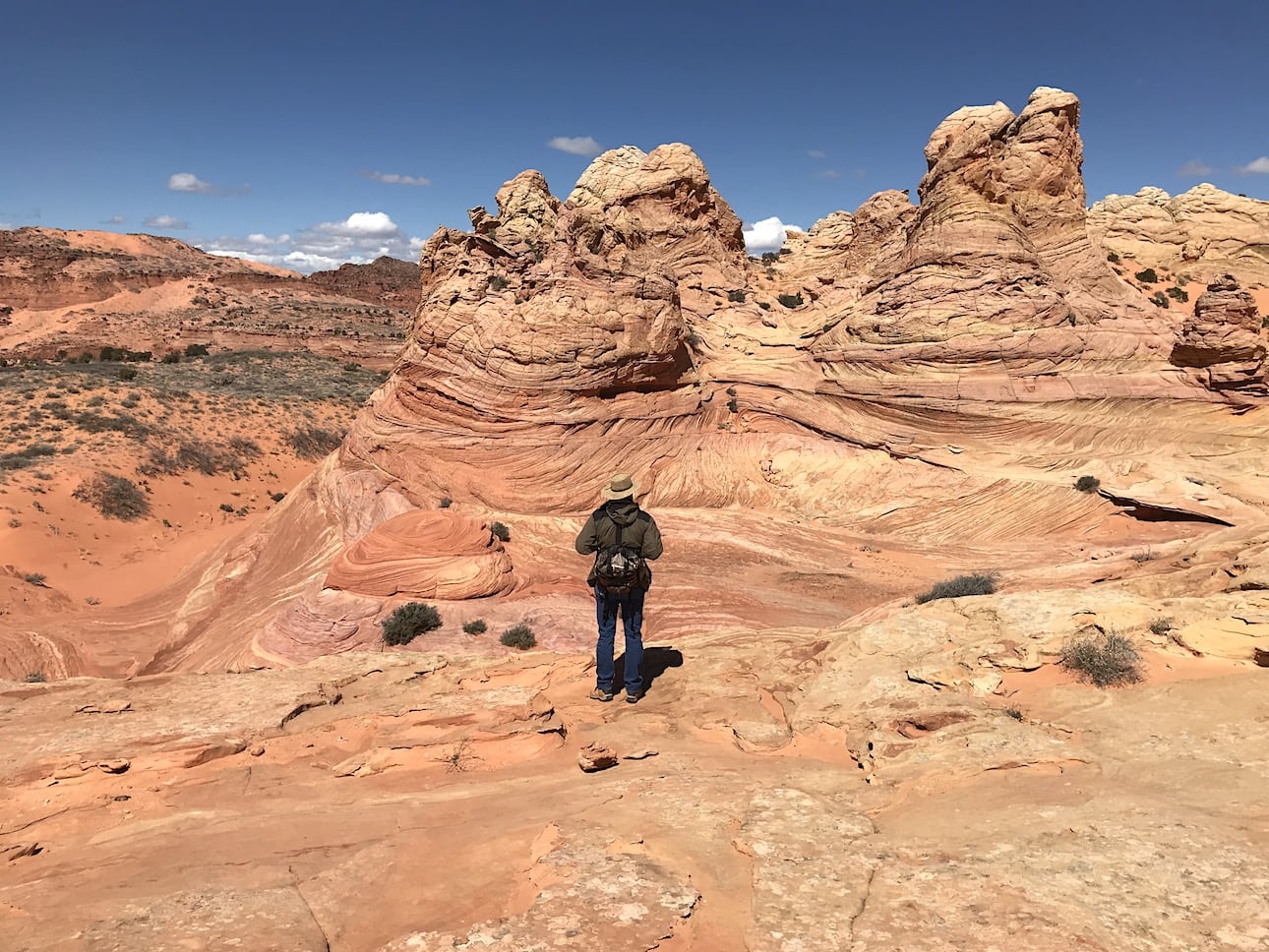 All in all, the hike took about 7 hours, including a very scenic lunch break, but it didn’t feel like it because around every corner there was always something interesting to see. As an extra bonus (no doubt for good behaviour, Bunny says), Dallas took the Bunnies to see a cool cave on their way out of the area. 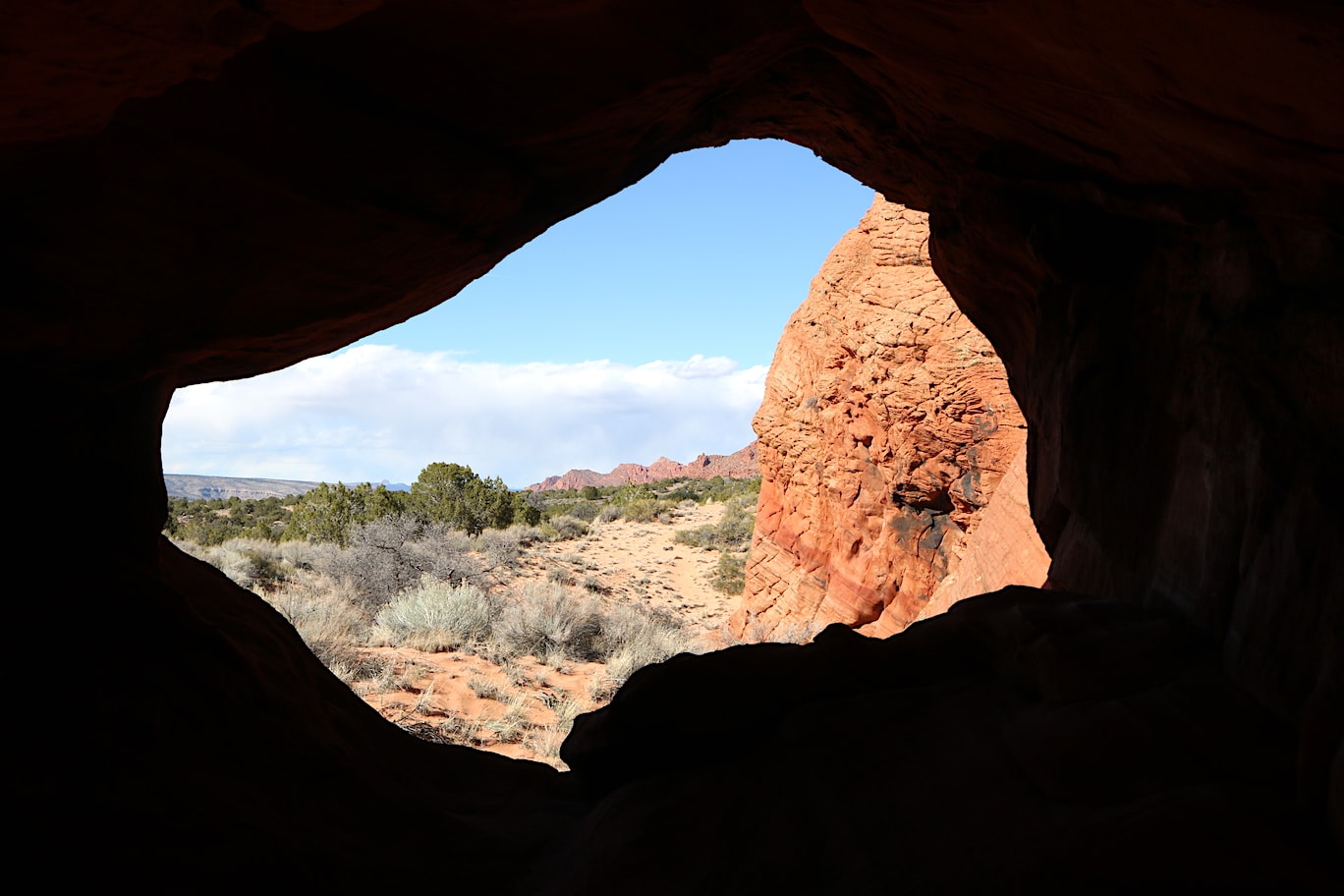 Upon finally reaching Paria Outpost in the afternoon, totally spent, Bunny was very happy to have opted for a guided tour. It had been worth every penny. 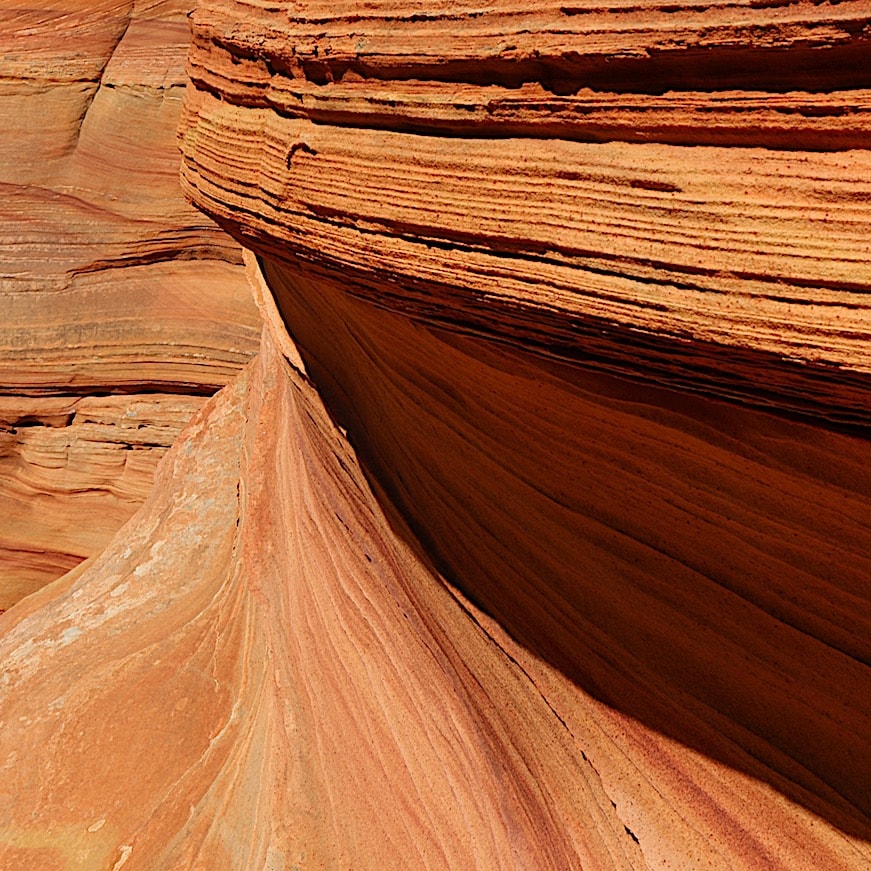 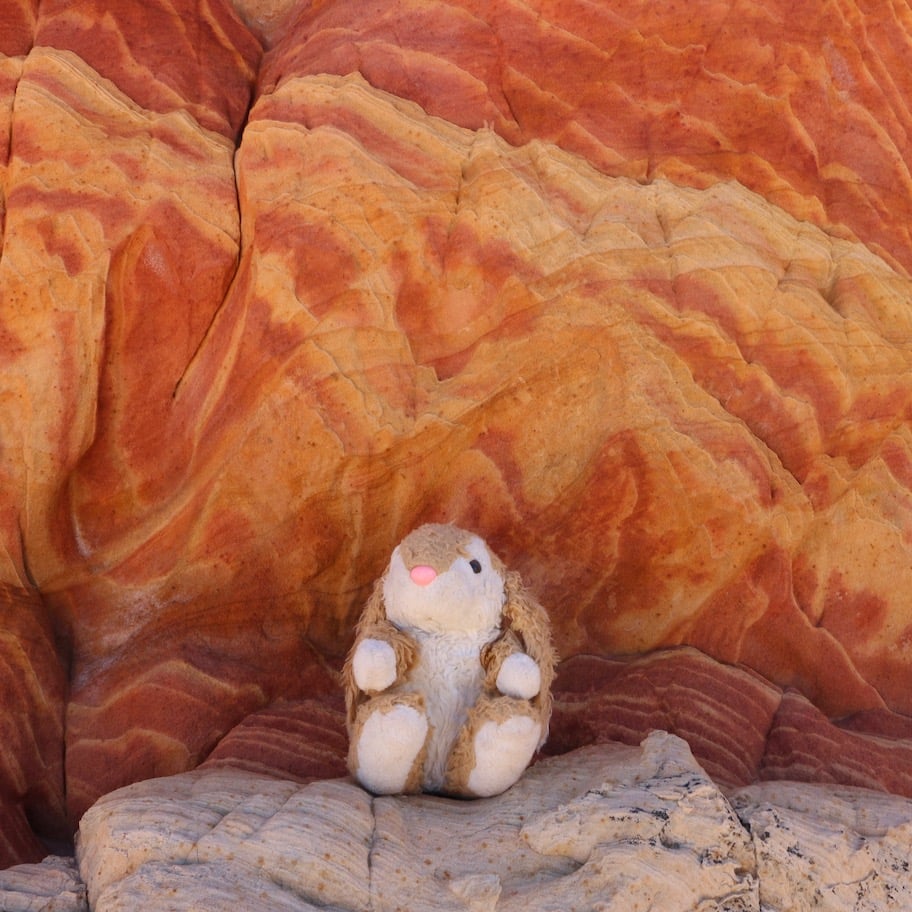 All park photos in this blog post were taken in Coyote Buttes South.

While Bunny wouldn’t call the day’s hike difficult per se, it was certainly serious exercise. Getting there was probably the more serious challenge. During the day, the Bunnies took turns climbing rocks, hiking in deep sand, navigating narrow paths and squeezing through cramped canyons. It was exhausting and exhilarating at the same time. 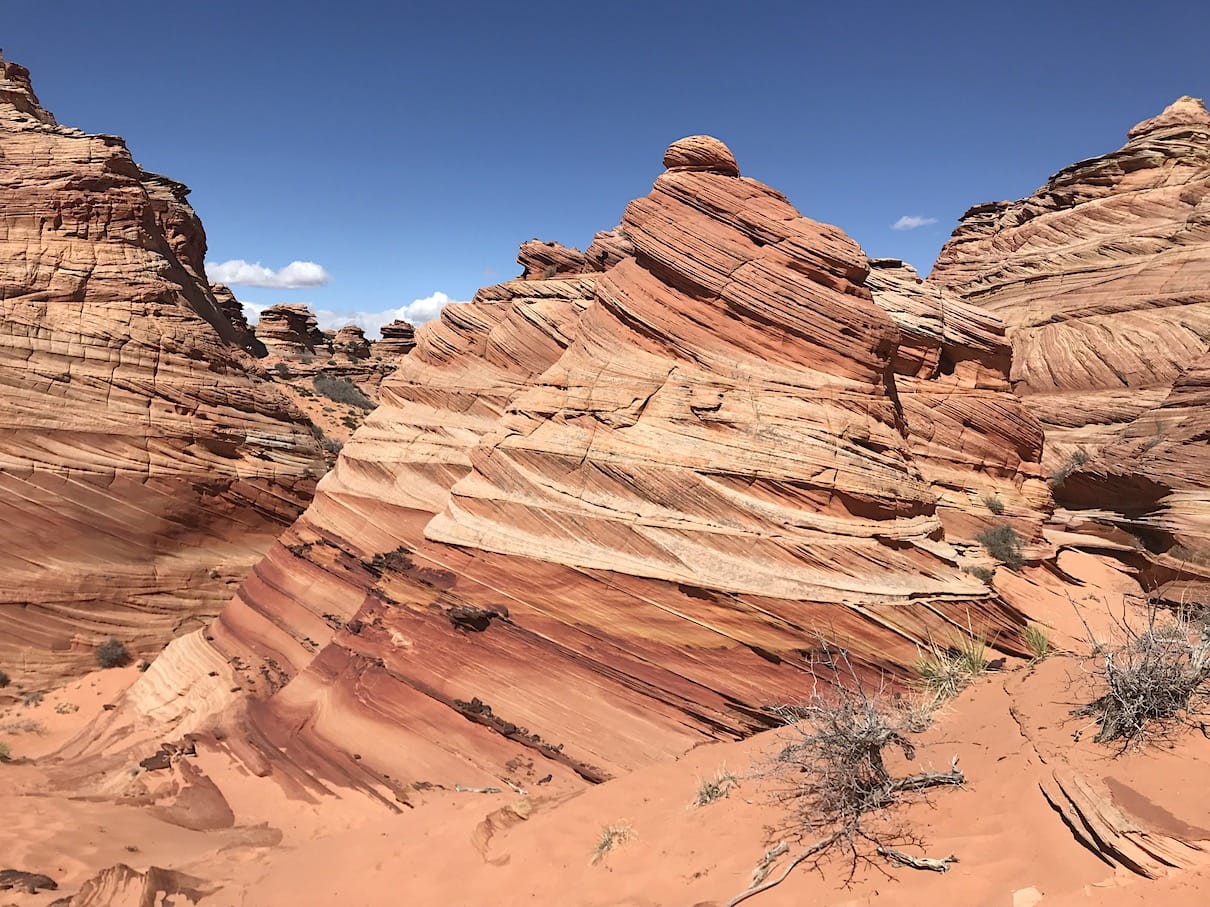 Dallas, very nimble for his 70+ years, put the Bunnies to shame with his hiking pace and stamina. So, this is not a hike for couch potatoes, but is totally doable for anyone with any hiking experience.

And if you are willing to put in the work, you will be surrounded by ever-changing, wildly coloured formations, breathtaking scenery and true solitude. In other words: perfect hiking. 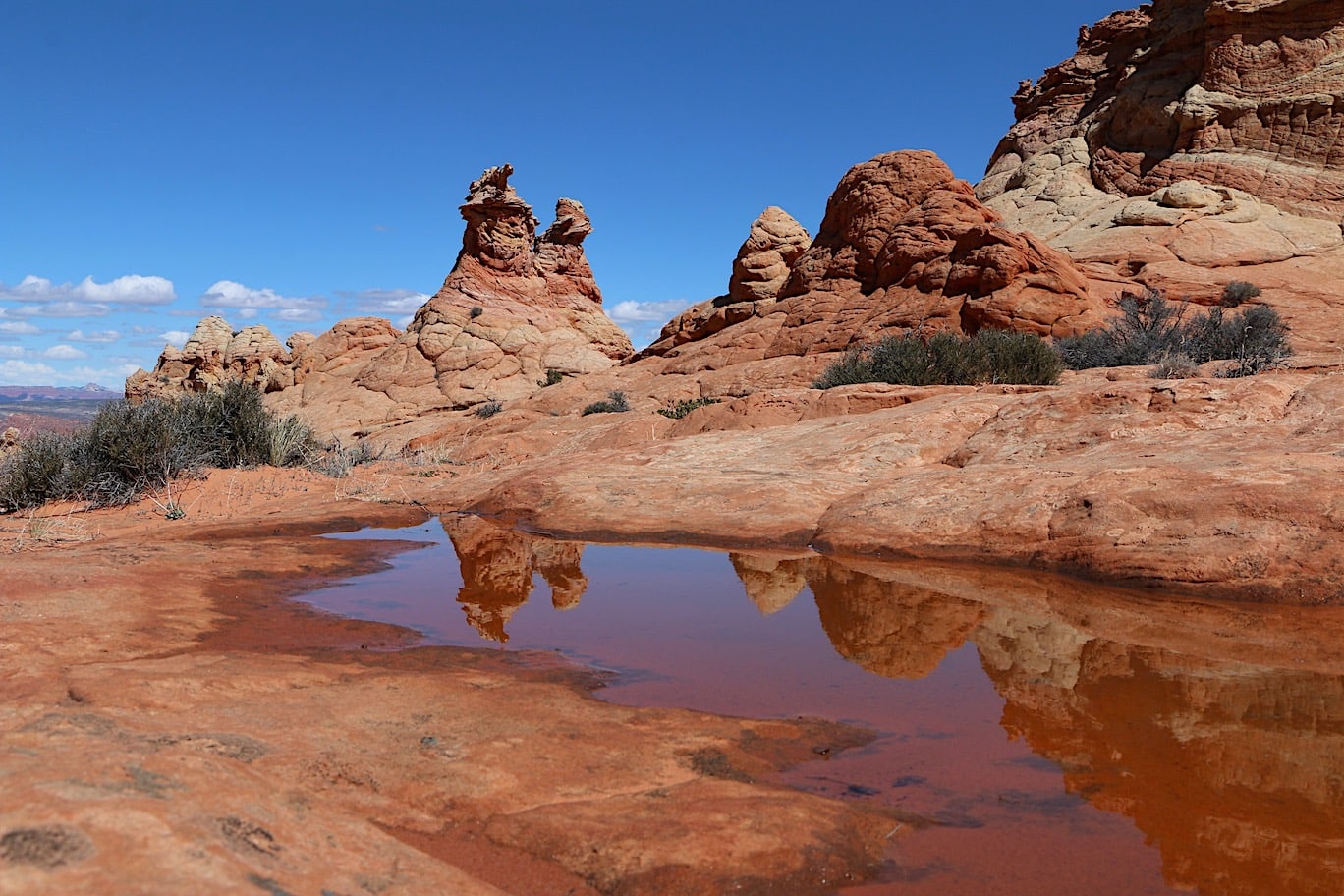 Page, Arizona, is about a 30-minute drive from Paria Outpost. This is the best option for accommodation if you have secured your hiking permit in advance. Page is also an excellent base to check out some other highlights of Arizona, including Antelope Canyon and Horseshoe Bend. For accommodation, Bunny can warmly recommend Suites on 10th.

If you must rely on the walk-in lottery, it is best to stay in Kanab, Utah, where the daily lottery is organised. Bunny stayed in Comfort Suites​, which was just minutes away from the BLM Visitor Center, and about a 40-minute drive from Paria Outpost.

If you end up staying in Kanab, have lunch at the delightful Peekaboo Canyon Wood Fired Kitchen. It is a rare vegetarian bright spot in the otherwise heavily meat-eating Utah countryside. 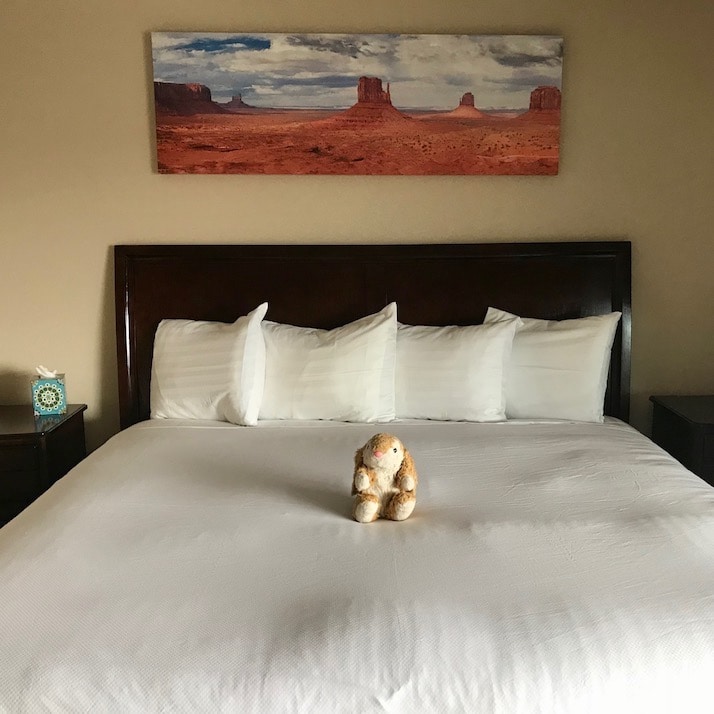 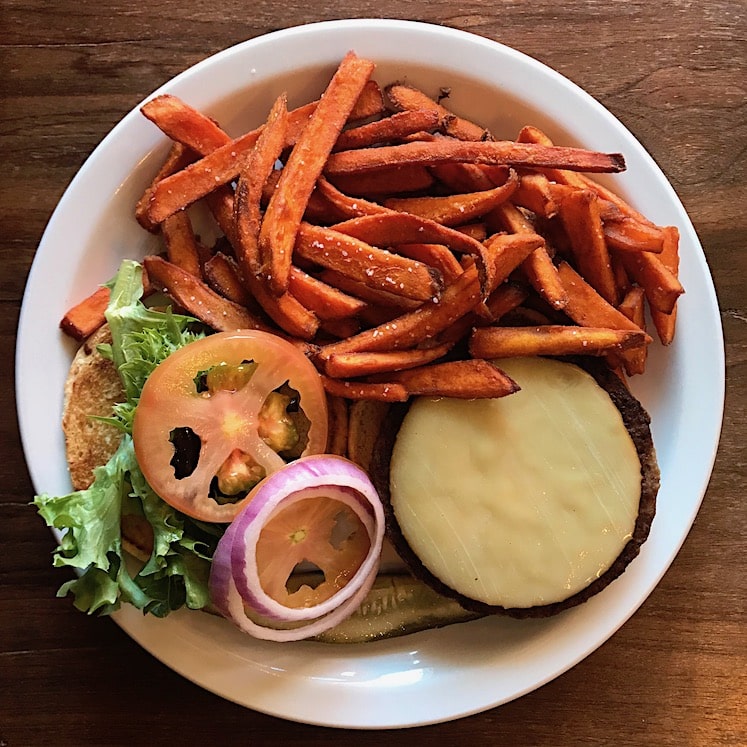 Don’t despair if The Wave’s exclusive permit escapes your clutch. Coyote Buttes South is just as magical, if not even more so. (Bunny will reserve her final judgement until she has managed to check out The Wave as well.)

You will get the most out of your trip if you splurge on a guided tour and let yourself be stunned by the scenery and the vivid display of colours.

For the Bunnies, their day spent hiking at Coyote Buttes South was one of the best during their two-month stint in the North West USA - a region that is packed with spectacular scenery all around. 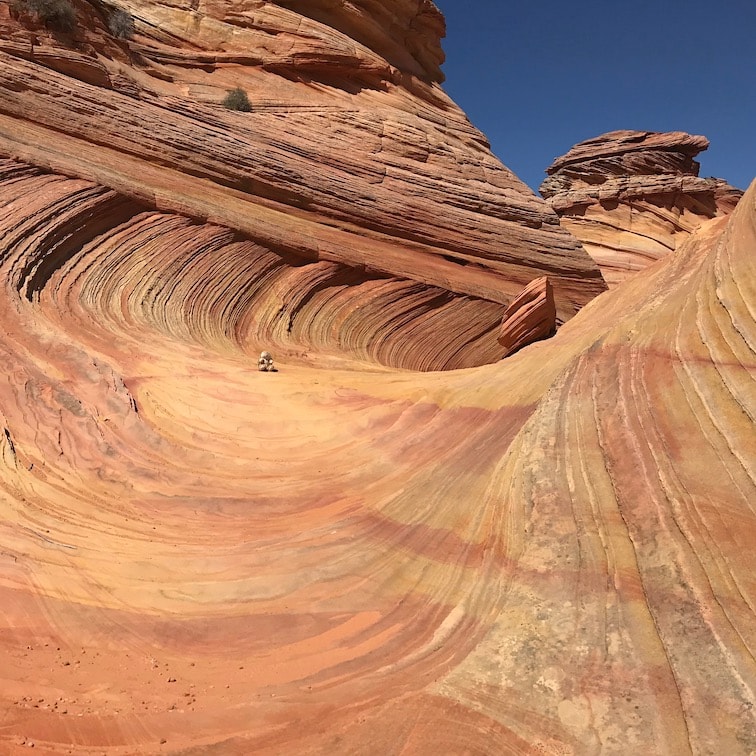 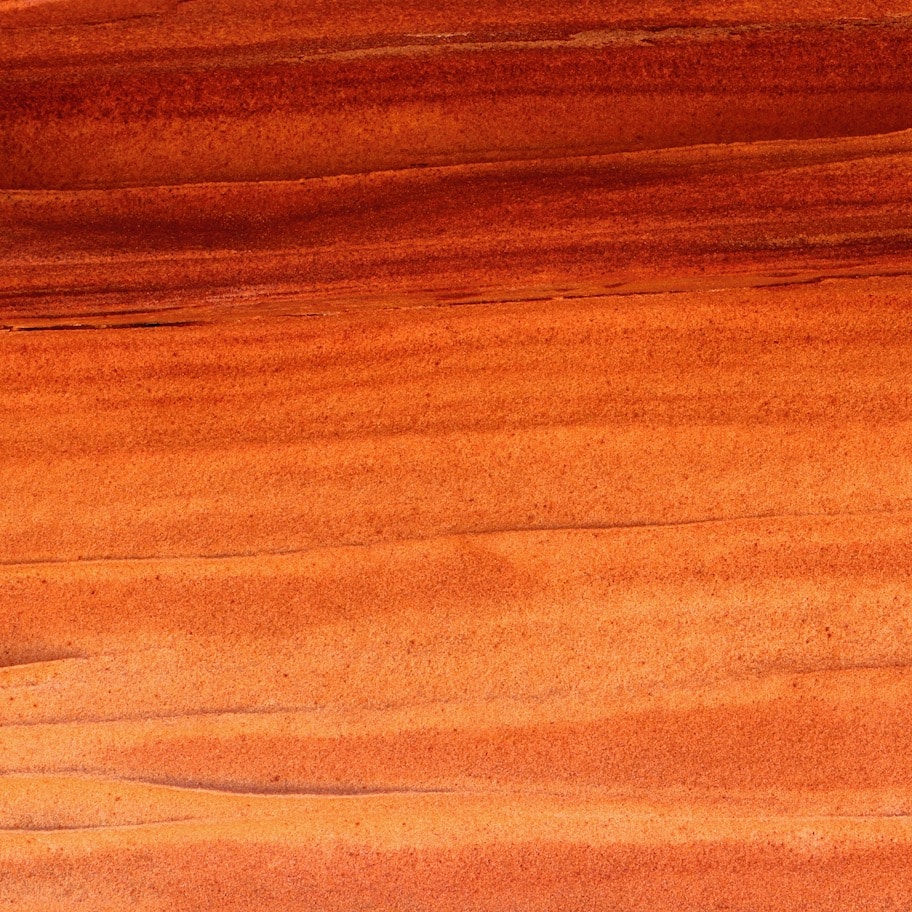