Why a Transatlantic Repositioning Cruise Is Fantastic 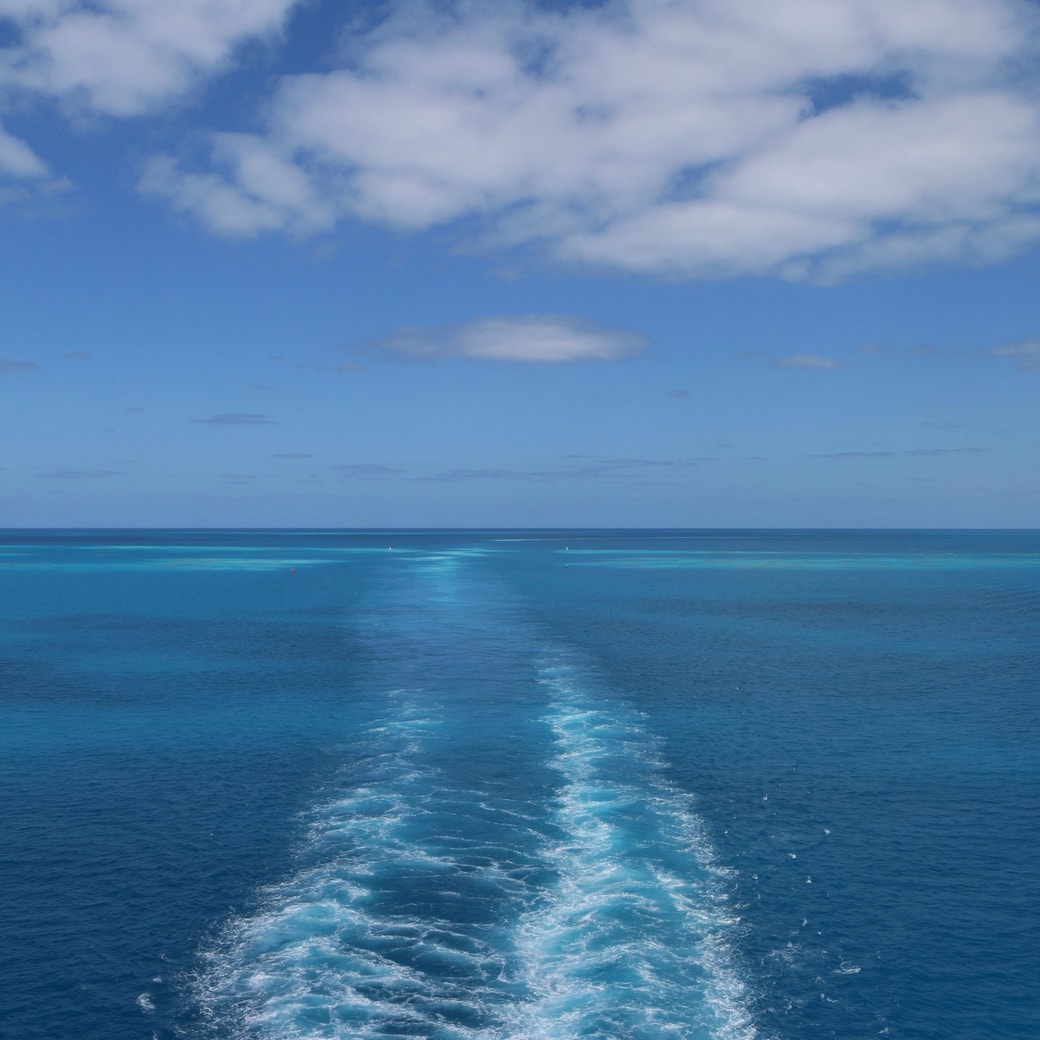 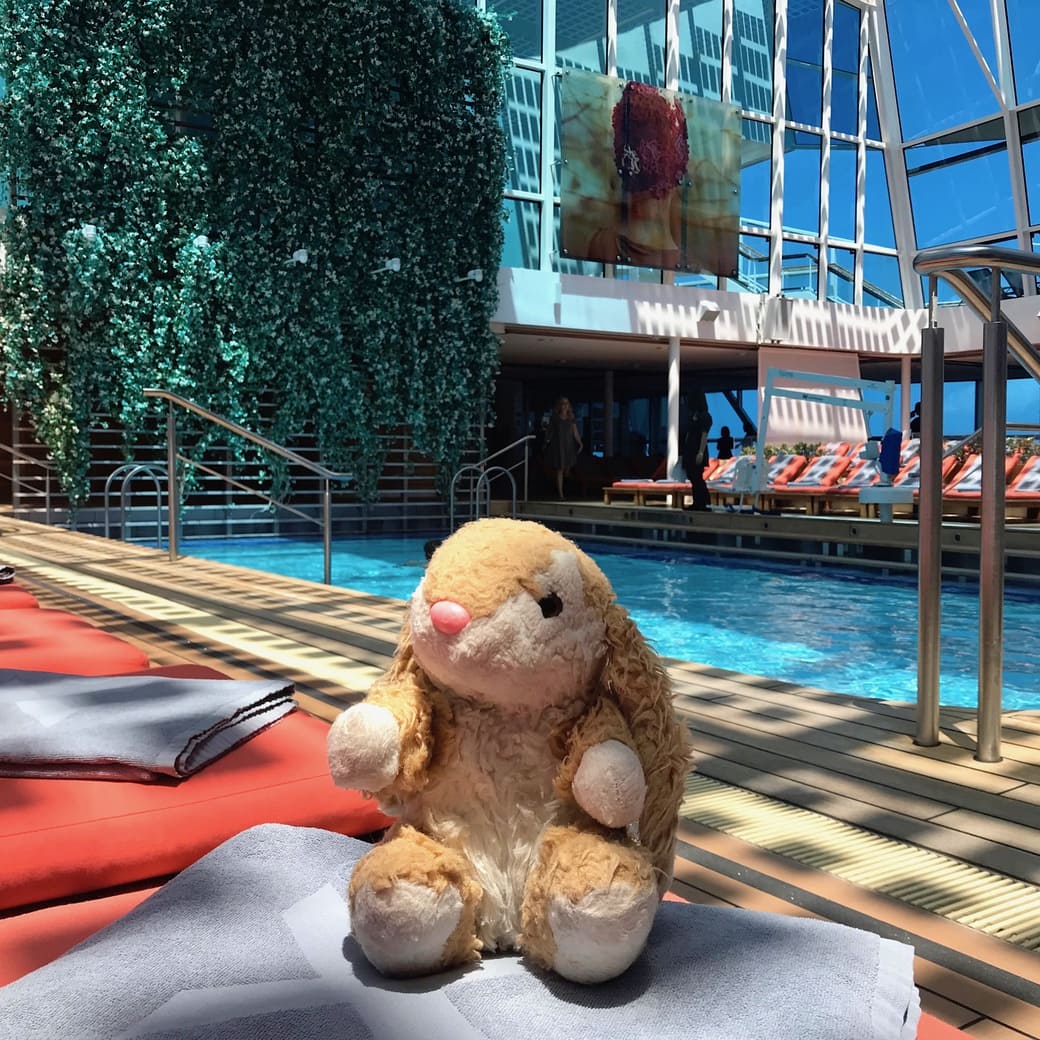 Bunny recently completed her 13-night cruise across the Atlantic Ocean. She sailed from Fort Lauderdale in Florida to Southampton in the United Kingdom, on the magnificent Celebrity Silhouette.

Crossing the Atlantic on a ship had long been on Bunny’s bucket list, not least because she absolutely hates flying across big swaths of water, particularly the Atlantic.

She was very impressed with her trip and is currently preparing a detailed blog post on the crossing. In the meanwhile, please check below Bunny’s manifesto on the general advantages of taking a Transatlantic cruise.

What is a Transatlantic Repositioning Cruise?

Transatlantic cruises have fallen out of vogue since modern jets started crossing the Atlantic Ocean in the 1950s. Not many people have the time or patience for a long boat journey when you can fly the same distance in a matter of hours instead. 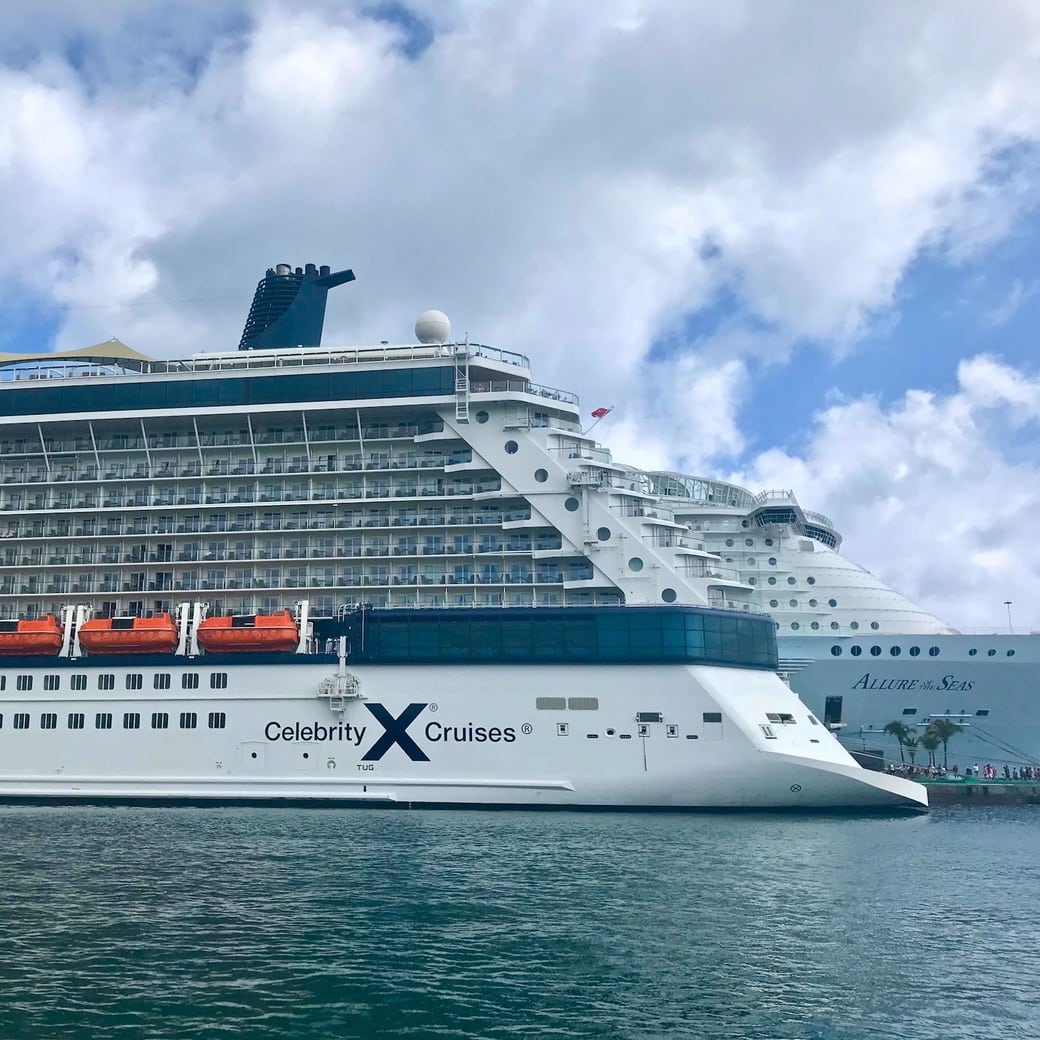 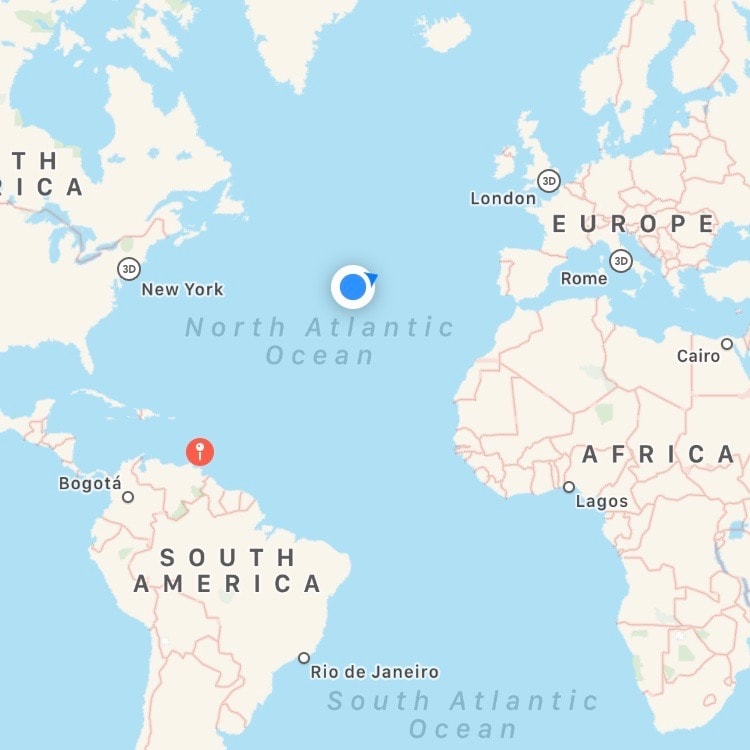 The other option - the option that Bunny went for - is a so-called repositioning cruise, practised by all the major cruise lines, usually twice a year. Transatlantic repositioning cruises are offered by Celebrity, Royal Caribbean, Holland America, Princess, Carnival and others.

The cruise lines make the best of these inevitable journeys by lengthening the normally week-long crossing by another week and throwing in a couple of interesting ports of call on both sides of the Atlantic. These crossings are then sold to travellers as new, offbeat routes across the Atlantic. 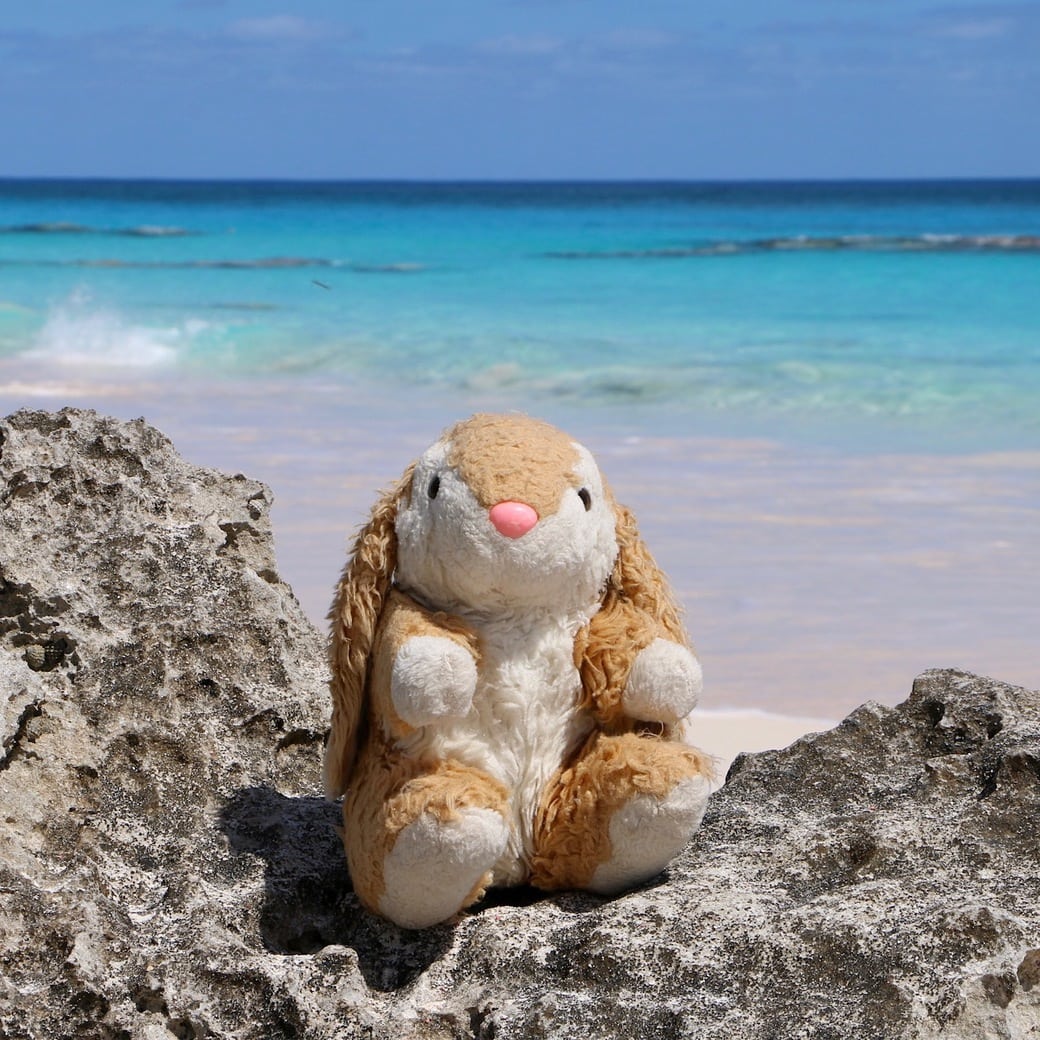 Why Take a Transatlantic Repositioning Cruise?

Transatlantic cruises are actually very affordable. If you are flexible with your dates, manage to grab one of the frequent deals or perhaps snatch a last-minute offer, you can get a Transatlantic cruise for less than 50 dollars per person per day.

For that unbelievable price, you will cruise across the Atlantic, whilst enjoying comfortable accommodation, excellent meals and (selected non-alcoholic) drinks, entertainment at sea and cool facilities such as pools, jacuzzis and gyms, plus first-class service.

For Bunny, who anyway needed to reposition herself (much like the cruise ships!) from the US to Europe for summer, the Transatlantic cruise was an unbelievable deal. 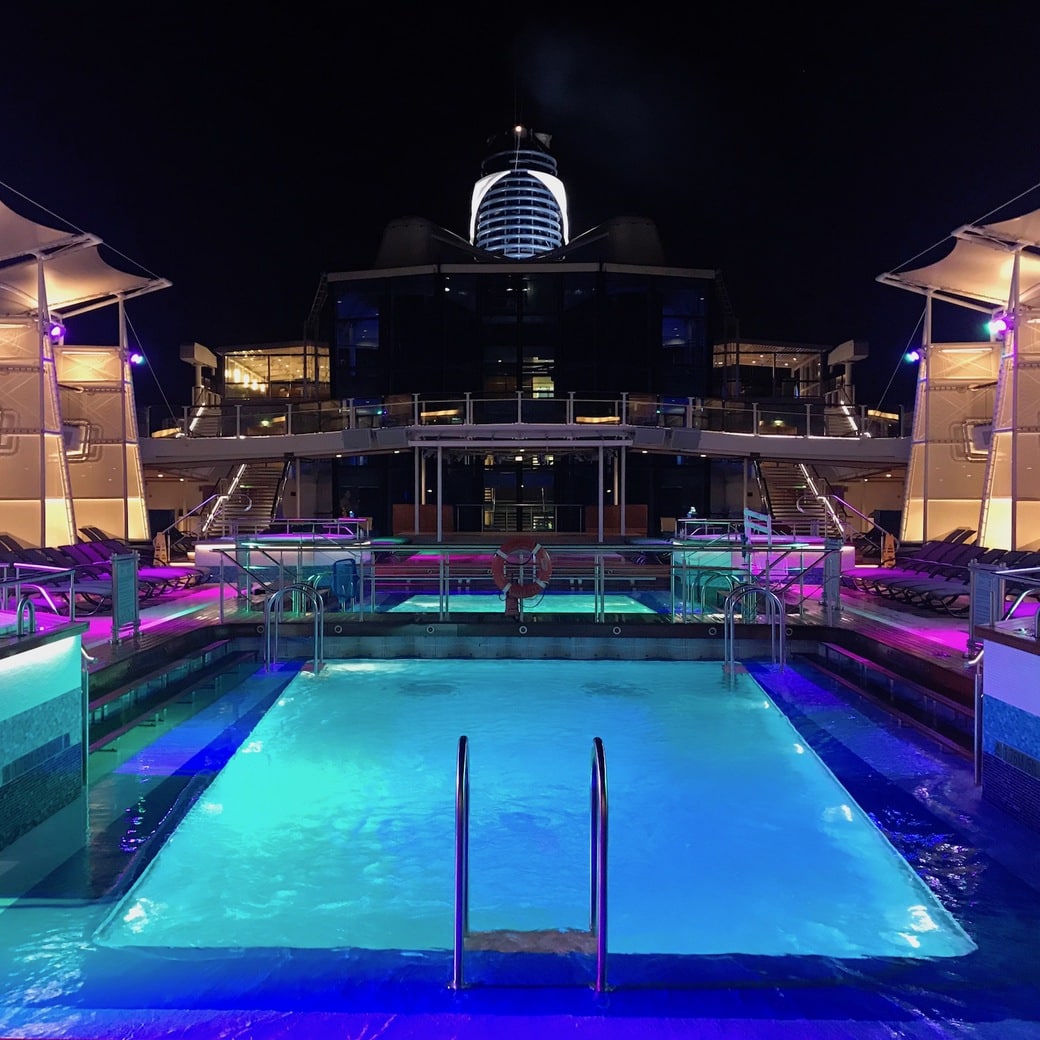 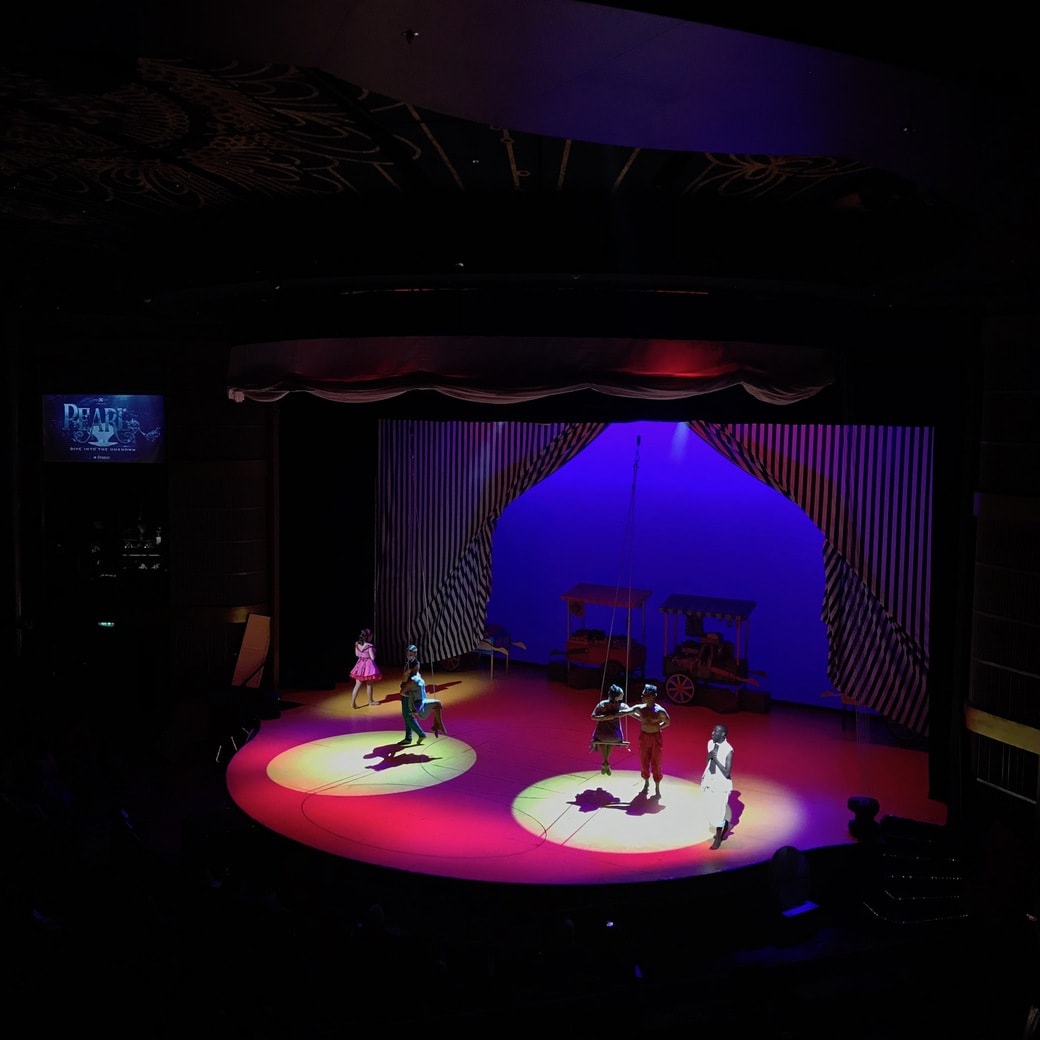 You often get to visit incredible ports on Transatlantic journeys. Bunny’s trip included stops in Nassau and Lisbon, which she had both visited before, but she also experienced an overnight docking in Bermuda, which was a new destination for her that she absolutely loved.

It is common for the Transatlantic cruises to make stops in the Caribbean or Mediterranean ports but they also visit less-frequented cruise destinations, such as the Azores, Madeira, Canary Islands or Bermuda. These stops are a cool addition to any journey. 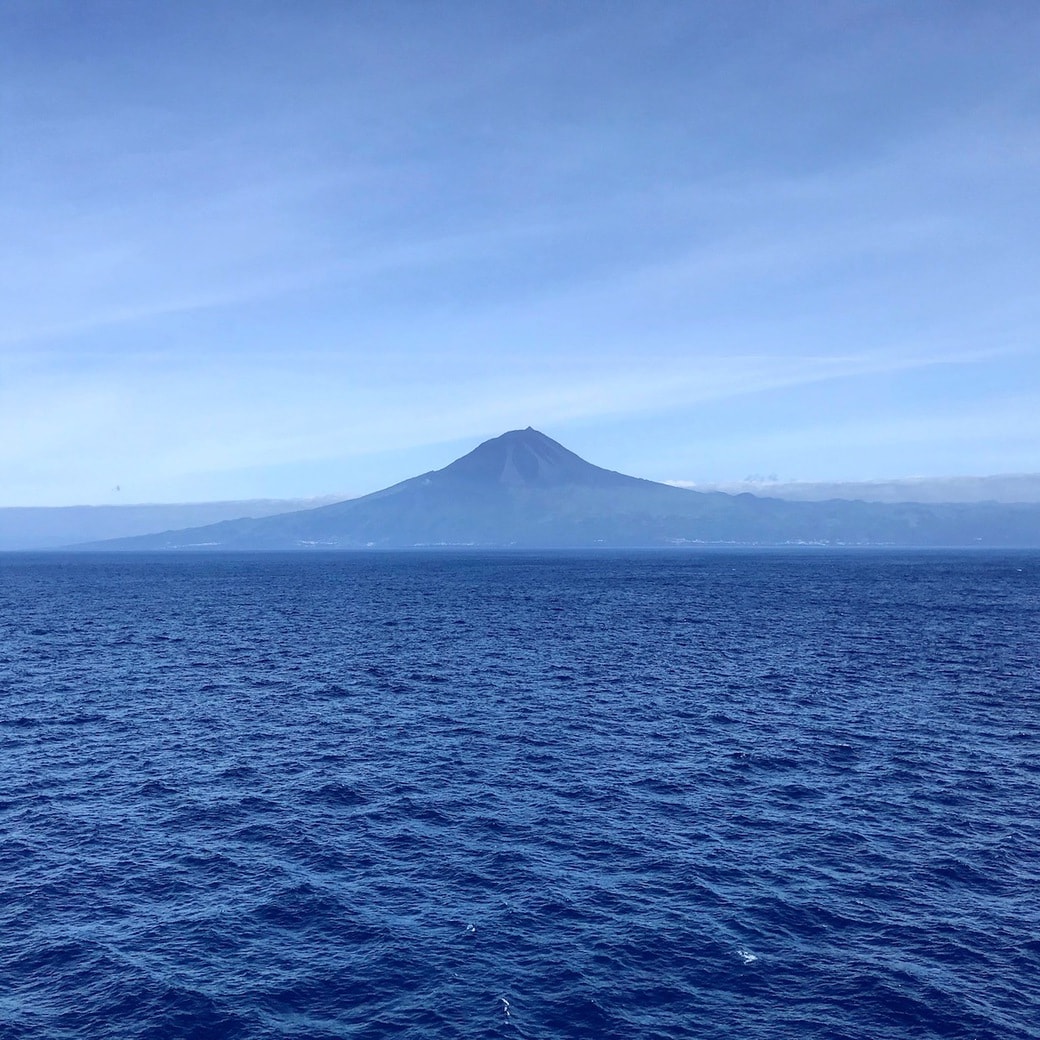 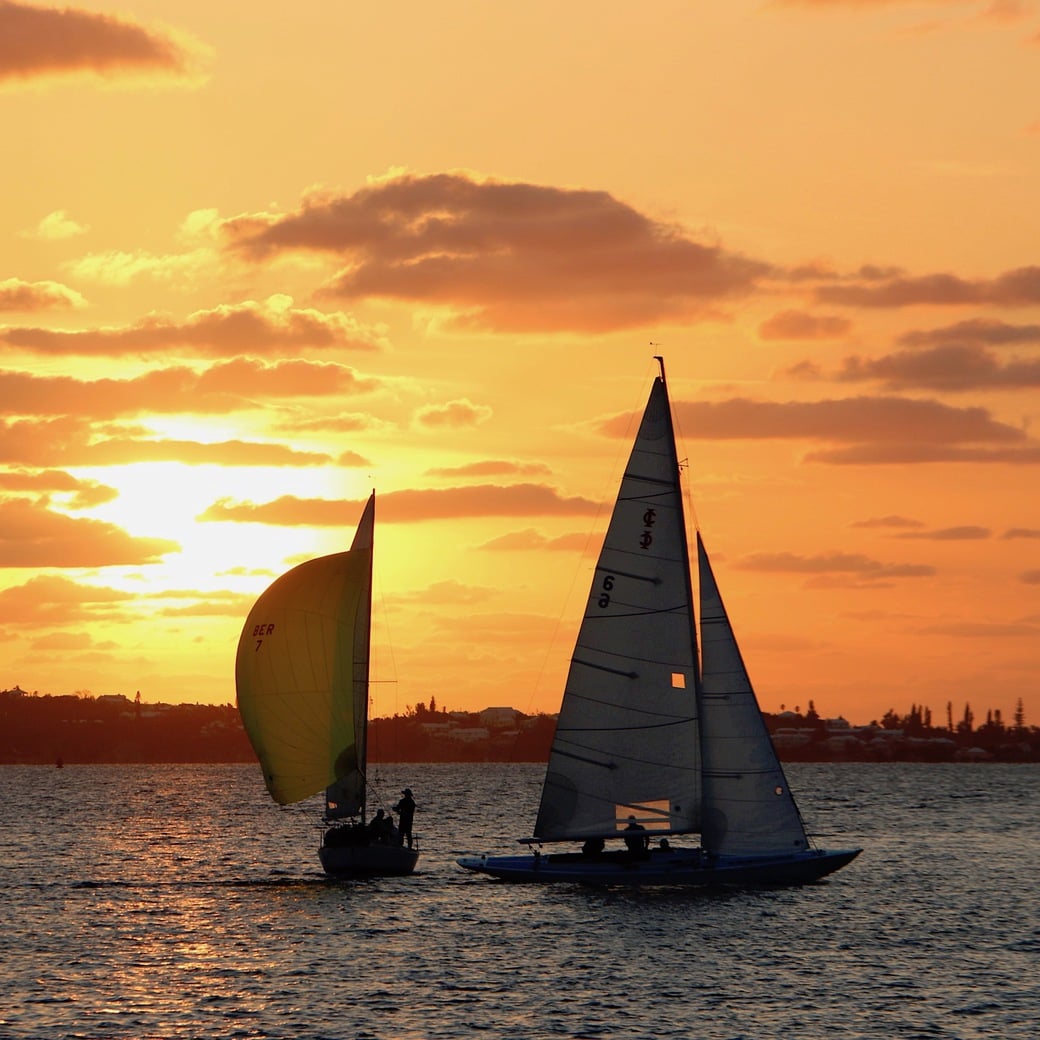 You Can Avoid Flying

With Transatlantic cruises, you can avoid air travel if that is not your thing. Bunny herself is a nervous flyer so she totally understands the benefits.

It is such a tempting thought to visit the US (or Europe) without having to take that dreaded flight across the Atlantic. Until, of course, it is time to return.

To completely avoid flying, some people go as far as doing back-to-back Atlantic crossings. If you are tempted to do that, just be mindful that Transatlantic cruises are not always smooth sailing either. Bunny herself had a couple of really rocky days at sea. 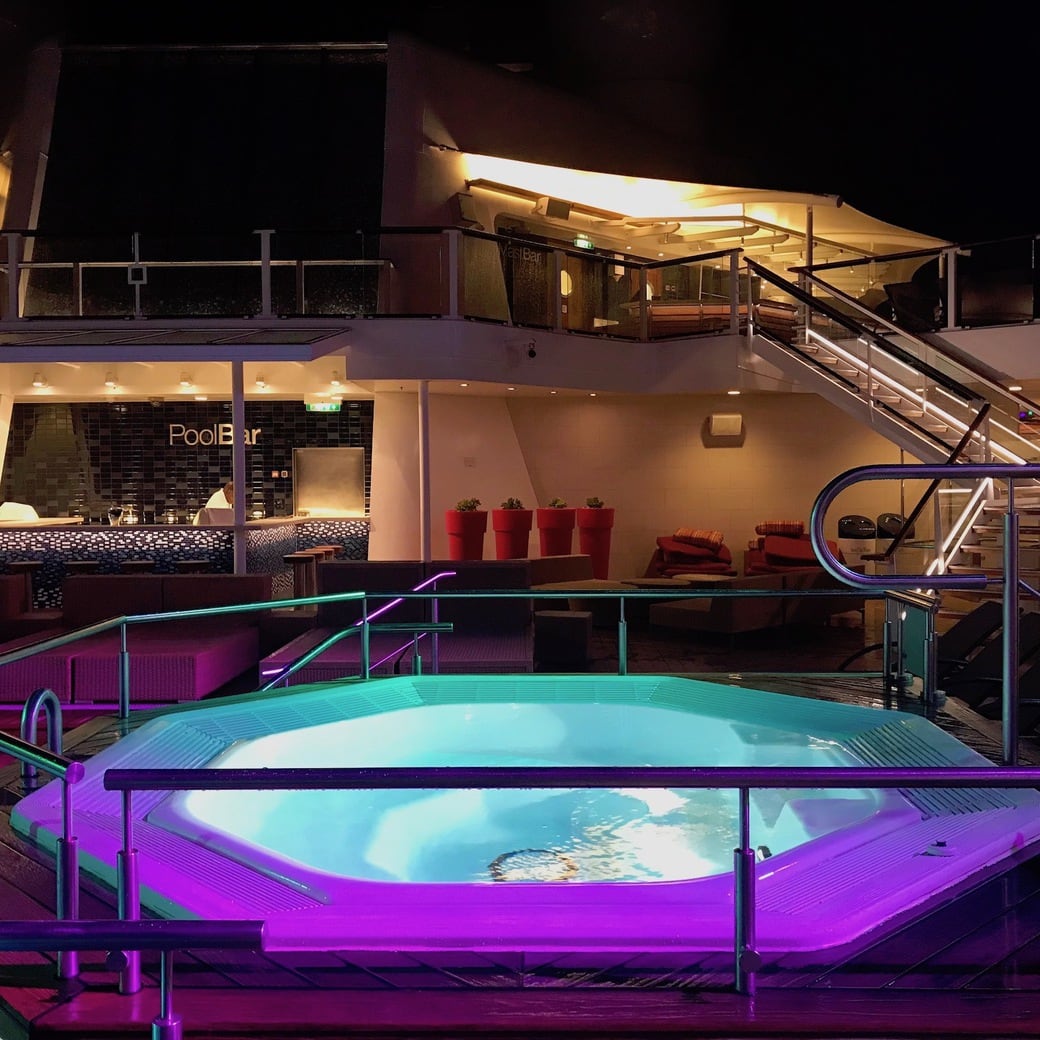 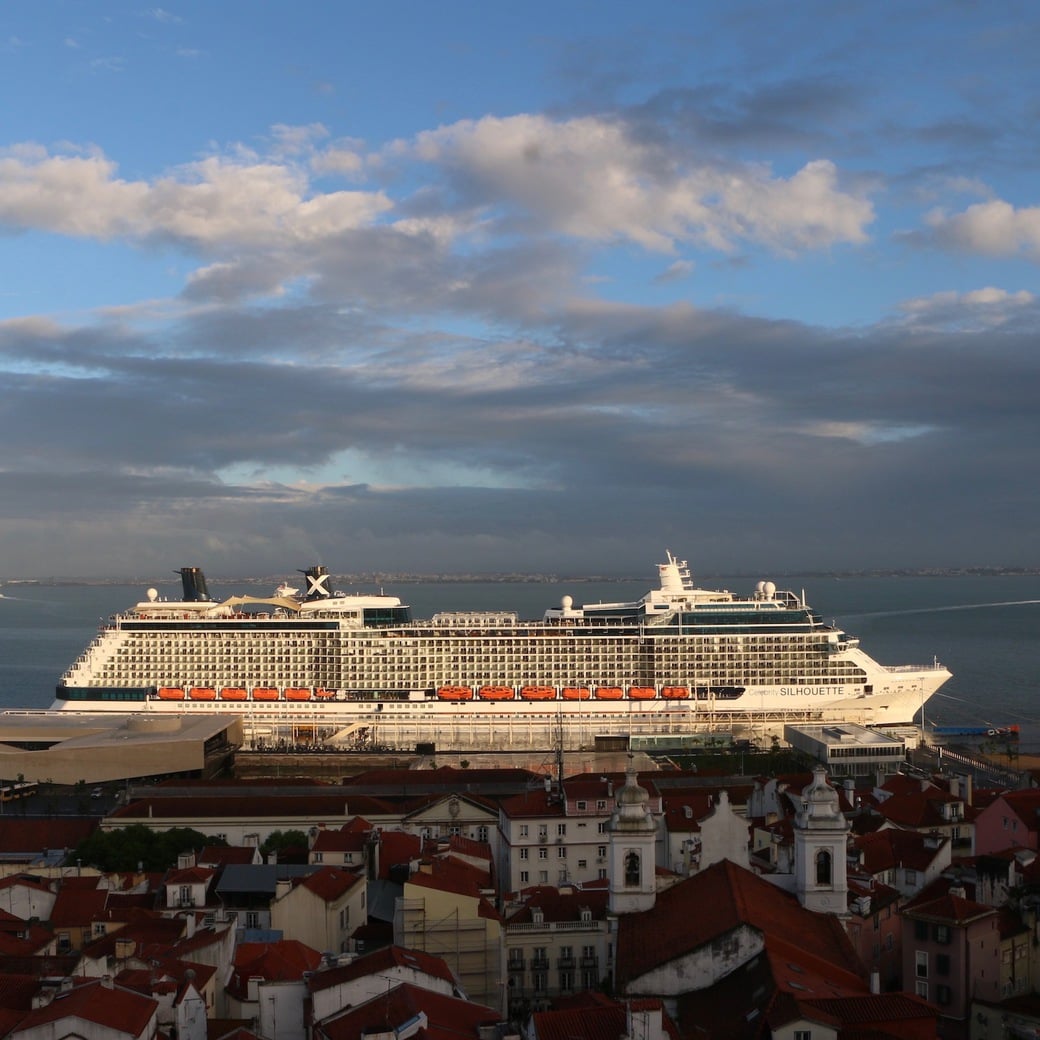 You Will Have the Luxury of Time

If you take a Transatlantic cruise, you will have, for once in your life, the luxury of time. You will be contained on the ship for two weeks or so, and although they are jam-packed with activities, there will be a point when you realise that there is simply nothing to do.

Embrace it, Bunny says. Sit by the window and watch the Atlantic for hours or take the time to read that long book you have always wanted to. When else will you have a chance for forced relaxation? 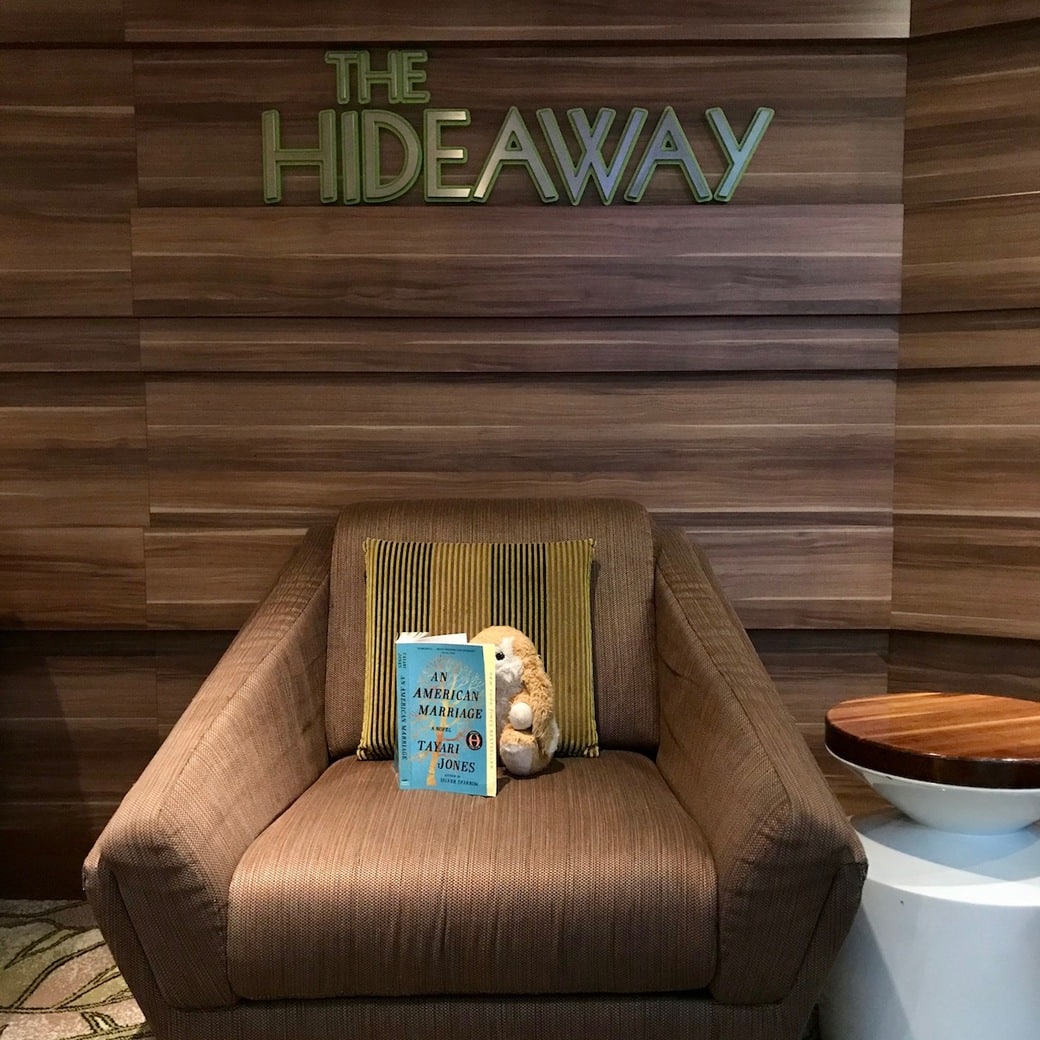 The Food is Very Good

Naturally, you will be able to enjoy all the usual benefits of cruising on your Transatlantic journey. And one of the highlights of cruising is often food. Bunny found the food particularly good on her Celebrity cruise. It was plentiful, tasty, fresh and varied, and available 24/7.

In fact, it is a rare specimen who emerges from a two-week Transatlantic cruise and hasn’t gained any weight. While gaining weight is probably not on your bucket list, eating delicious, fresh and readily available food around the clock probably is. 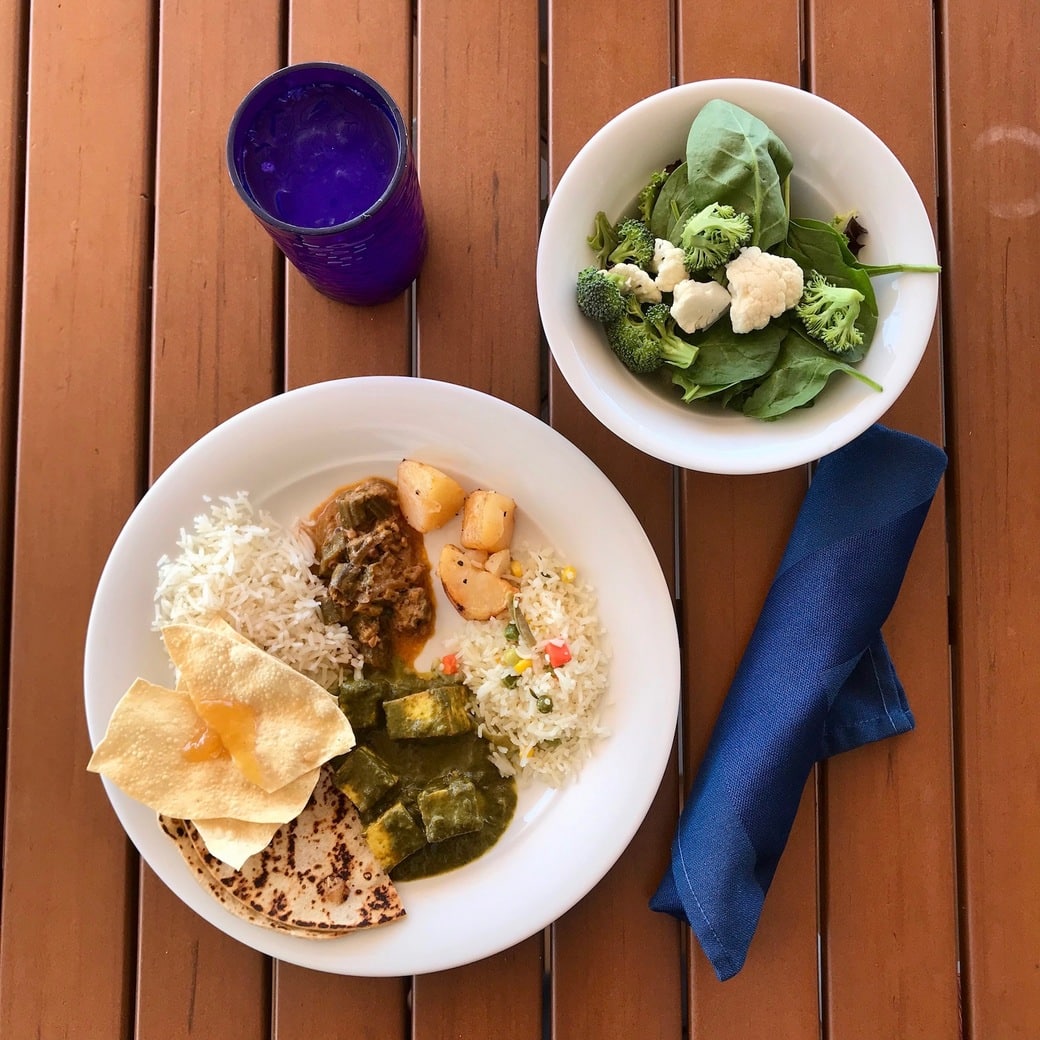 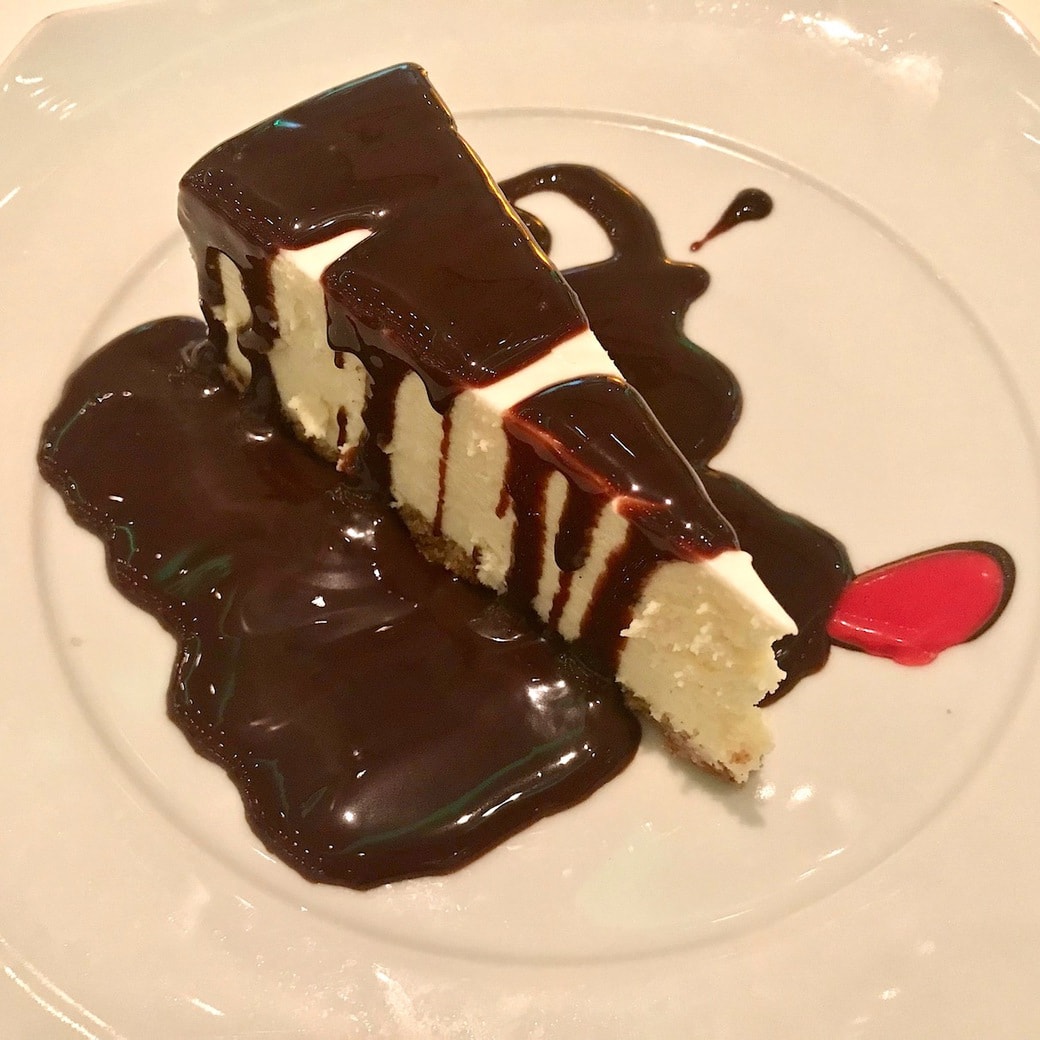 There Is Entertainment at Sea

Depending on your selected cruise line, you will be spoiled with first-class entertainment and lovely facilities on your ship. Bunny enjoyed very slick and well-produced shows of singing, acrobatics and comedians in the main theatre of Celebrity Silhouette.

You can also watch films, benefit from many lectures onboard or participate in the more involved program such as pub quizzes, karaoke or dancing events. Bunny also made the most of the free gym, pools, hot tubs and room-service while onboard. There was also a full-fledged casino on the ship but Bunny had already recently gotten her fill in Las Vegas. 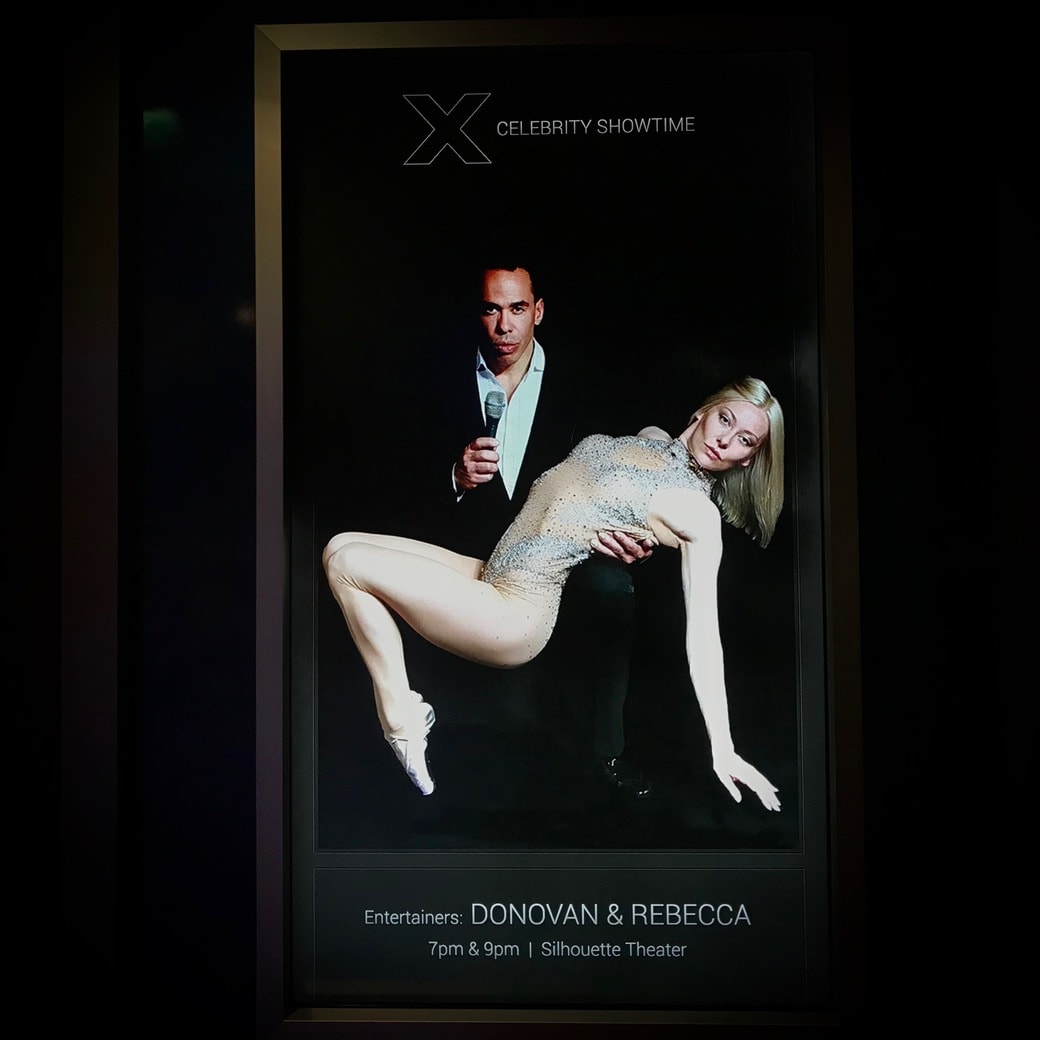 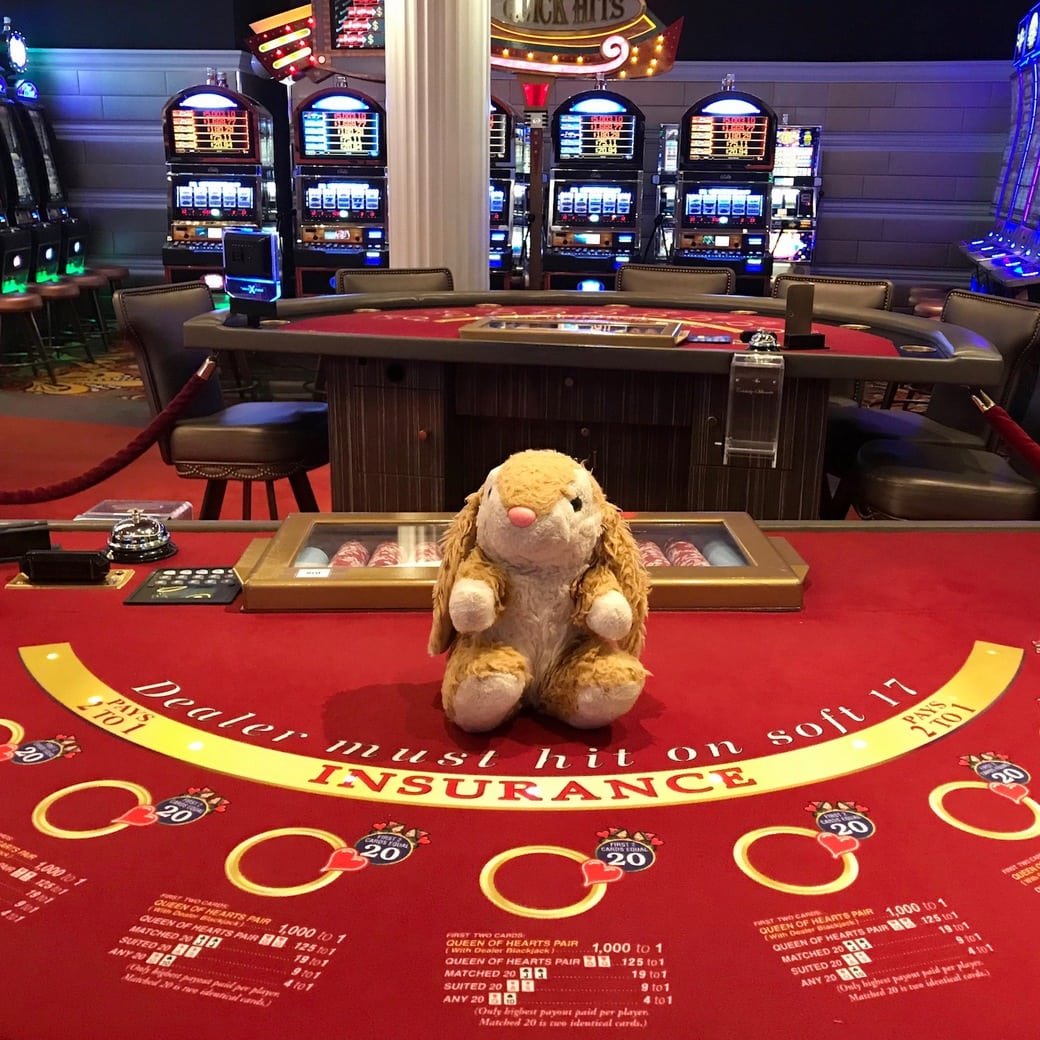 You Can Take a Lot of Luggage

On Transatlantic cruises, you can travel with a lot more luggage than usual without having to pay extra. This was a big perk for Bunny who took her cruise at the end of her 9-month travels in the Caribbean and the US and had gathered a few… hmph… possessions.

Had Bunny flown instead, she would have been levied with ridiculous overweight charges at airports. Instead, she just waltzed effortlessly onto her ship (while Mr. Bunny carried the heavy bags). 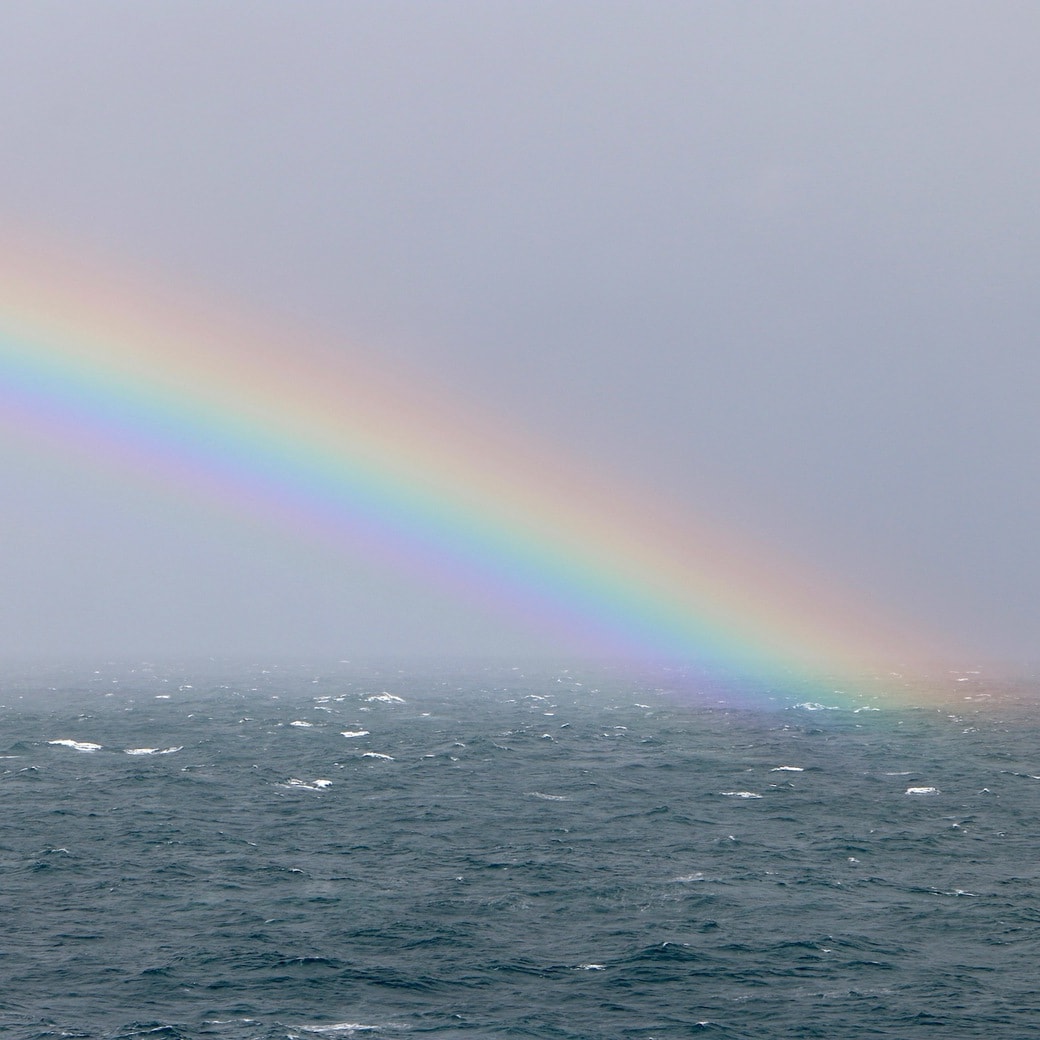 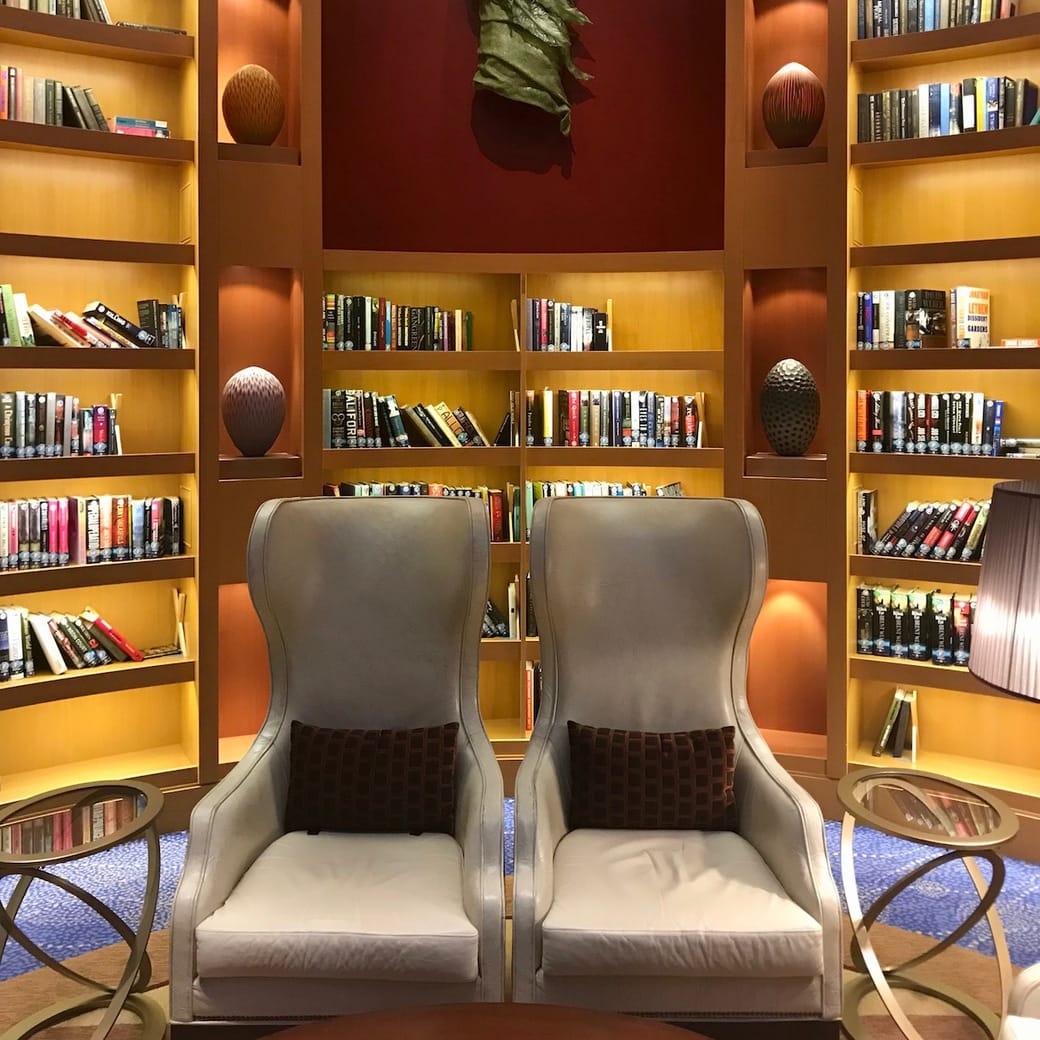 You Will Experience Nature at Its Wildest

There is big and there is huge and then there is the Atlantic Ocean, Bunny says.

On her extensive travels around the world, Bunny had never felt so remote as she did in the middle of the Atlantic. For days on end, there was nothing in sight. No land, no ships, not even animals, with the exception of the occasional whale that really made Bunny’s day each time she spotted the distinctive spout in the distance. 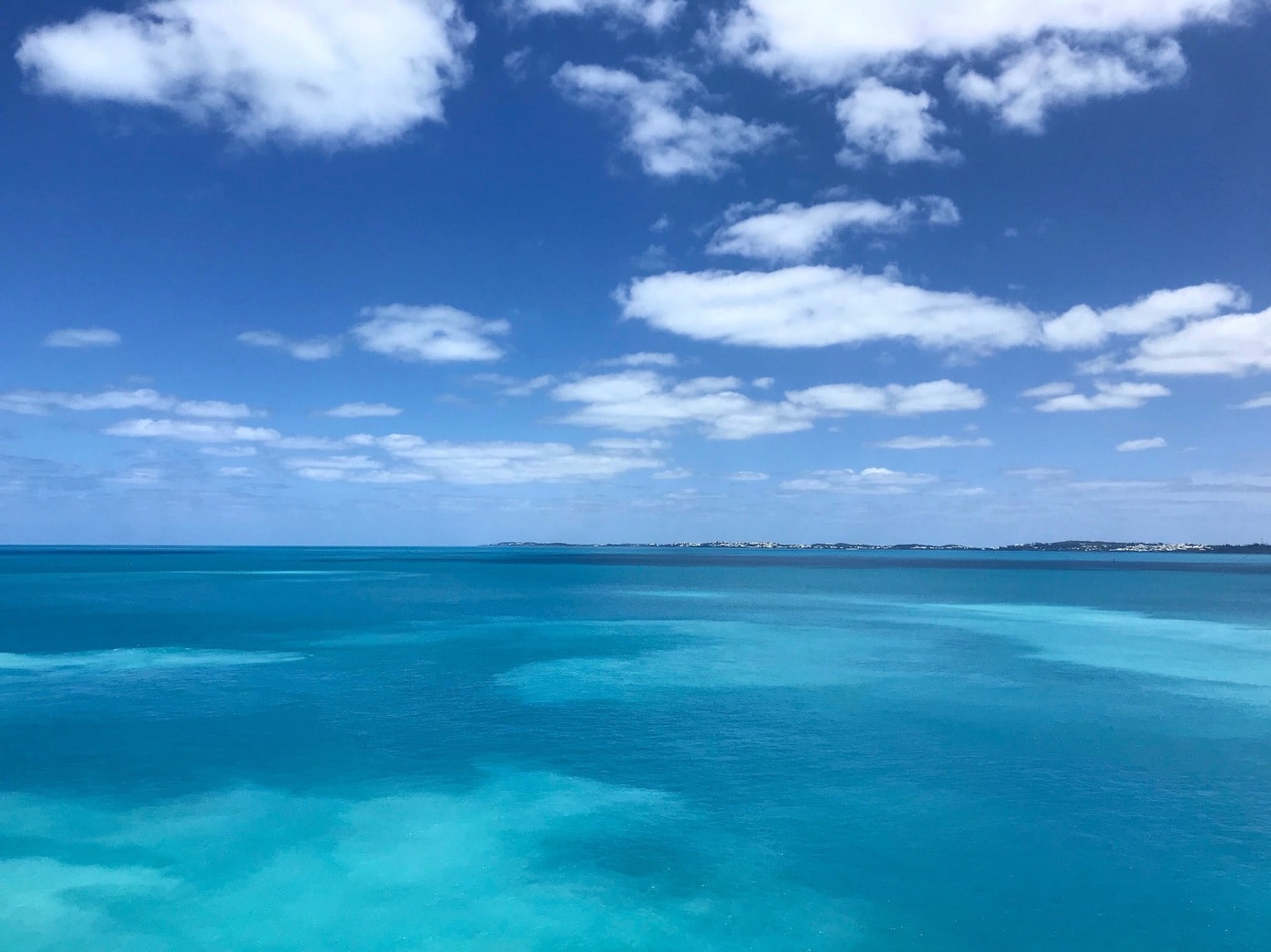 You Will Have Interesting Travel Companions

If you travel on a Transatlantic cruise, you are all but guaranteed to meet some interesting people along the way. The clientele is usually older (who else has the time?), but well-travelled and a bit kooky.

Bunny is a decidedly anti-social animal but even she managed a few conversations with strangers on her Atlantic voyage. The atmosphere on the boat was relaxed, unhurried and conducive to spontaneous discussions with strangers. All the boozing helped too. 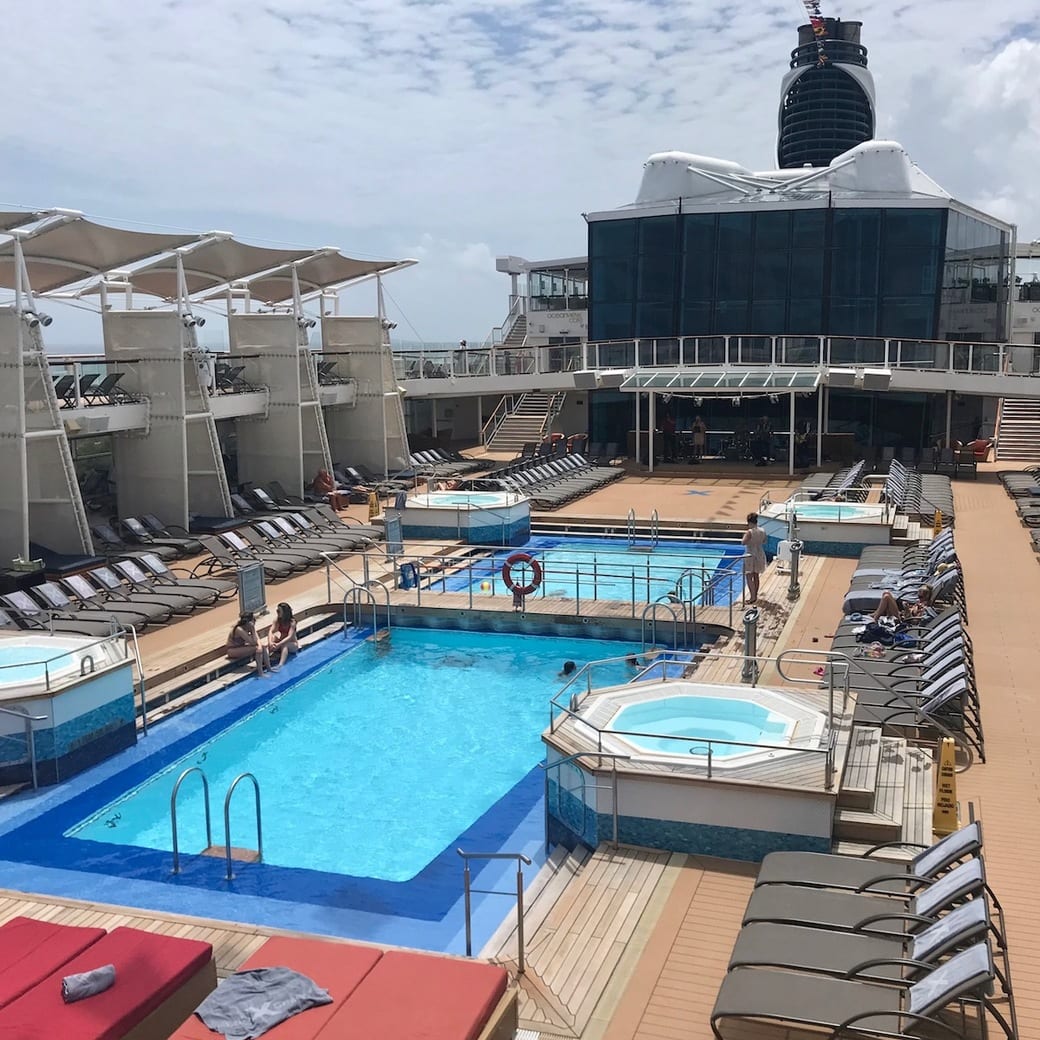 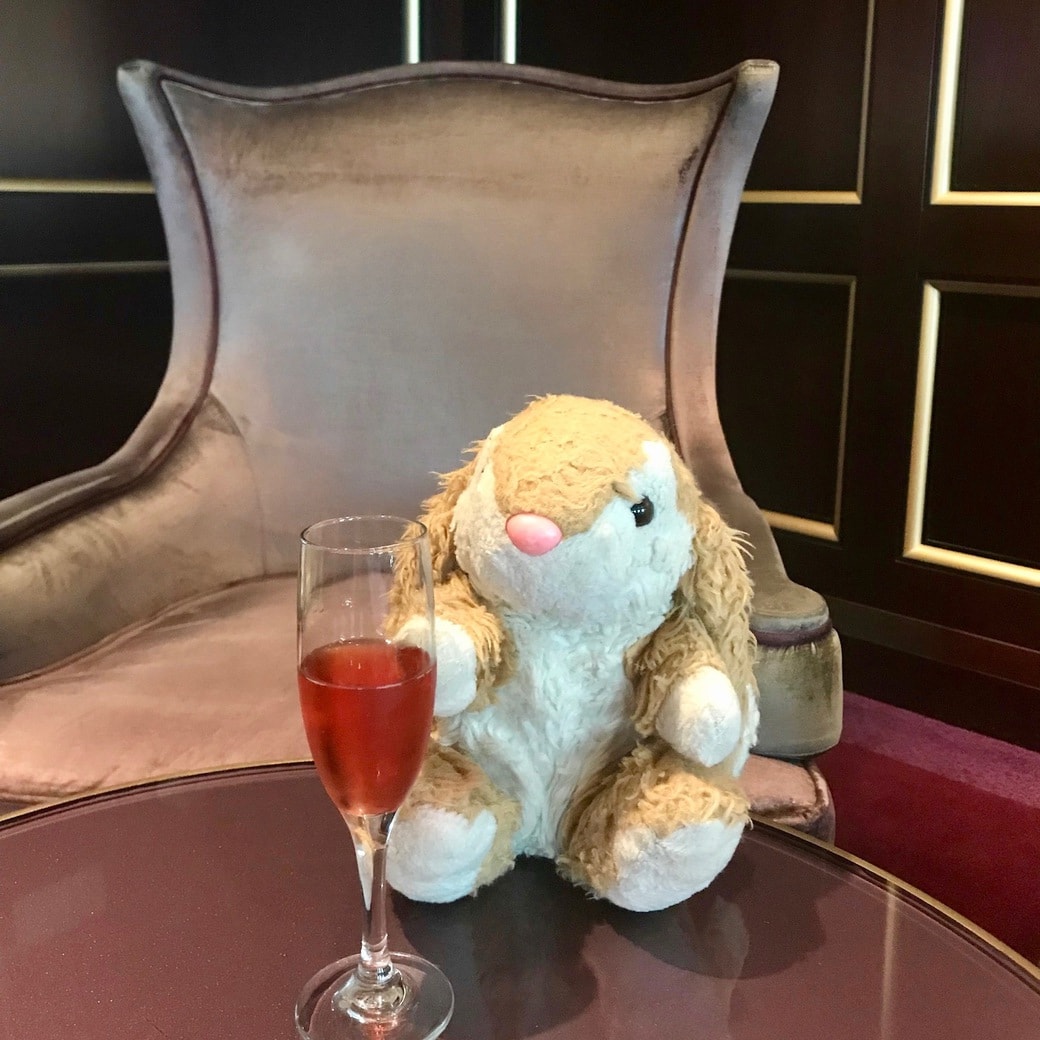 You Will Avoid Jet Lag

If you arrive to Europe by Transatlantic cruise, you will not suffer any of the usual, annoying jet lag. Clocks are adjusted during the journey, one hour at a time, and your body will have much more time to adjust and adapt to the time zone changes.

Once you arrive in your port in Europe, you will be completely in tune with your new environment, in direct contradiction to the stupor experienced after a red-eye flight from the US. Sometimes slow is good, Bunny says. 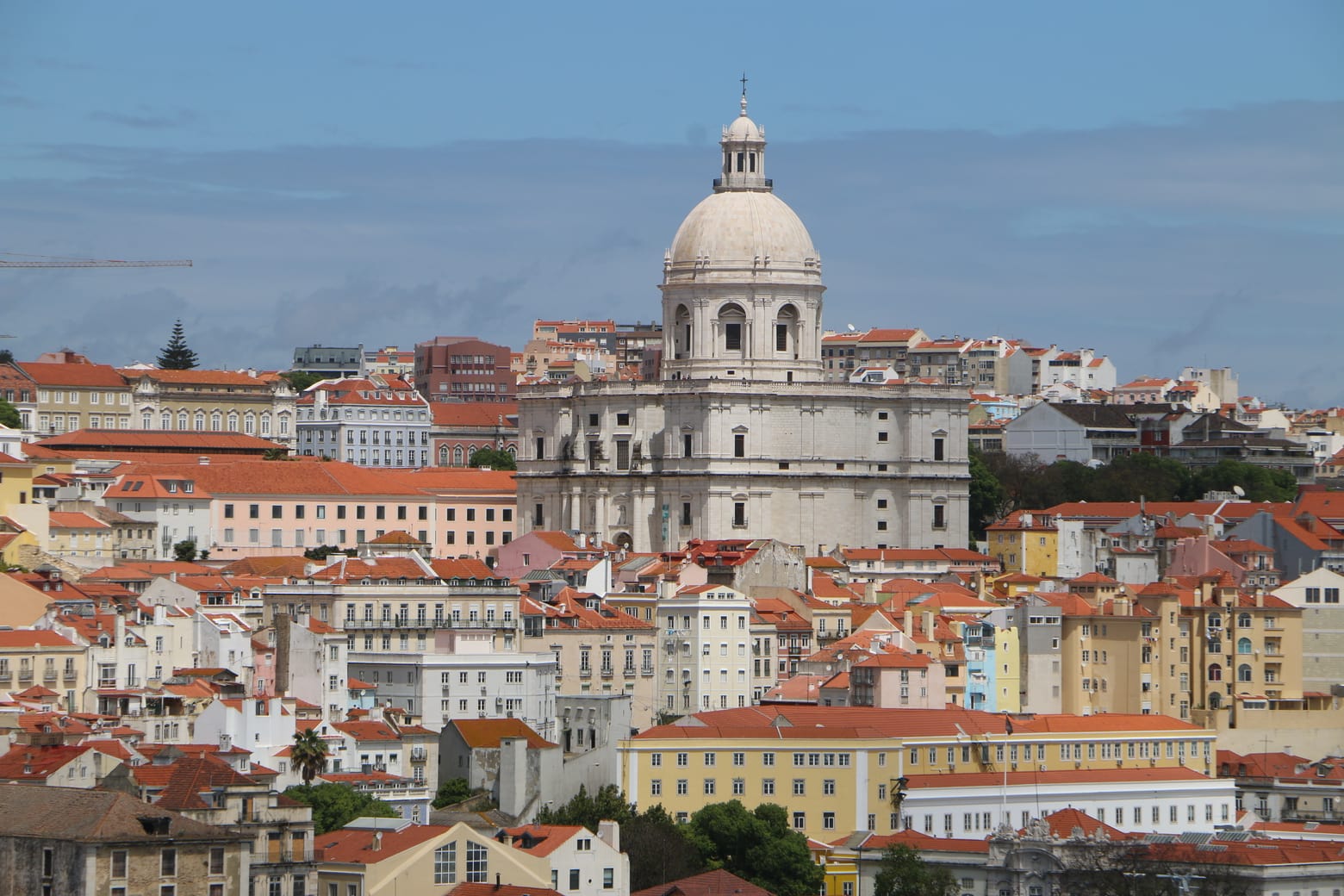 Crossing the Atlantic by cruise ship might not be for anyone, but if you feel intrigued by the prospect, just try it out. It may be labeled old-fashioned and slow but it has a lot of advantages.

Bunny is a total convert after her first crossing, already planning her return to the US in the next round of repositioning cruises in the autumn.

Crossing the Atlantic on a Cruise Ship: What Is It Really Like?
What is it like crossing the Atlantic on a cruise ship? Will you be bored? Will the seas be rough?[...]
Read More
How to Do a Sailing Holiday in the Caribbean
Bunny doesn’t think there are many holidays that can top the experience of chartering your own yacht in the tranquil[...]
Read More
How to Organize Cruise Shore Excursions
Bunny has an impressive number of cruises under her belt (1) so she feels confident about giving advice to travellers[...]
Read More